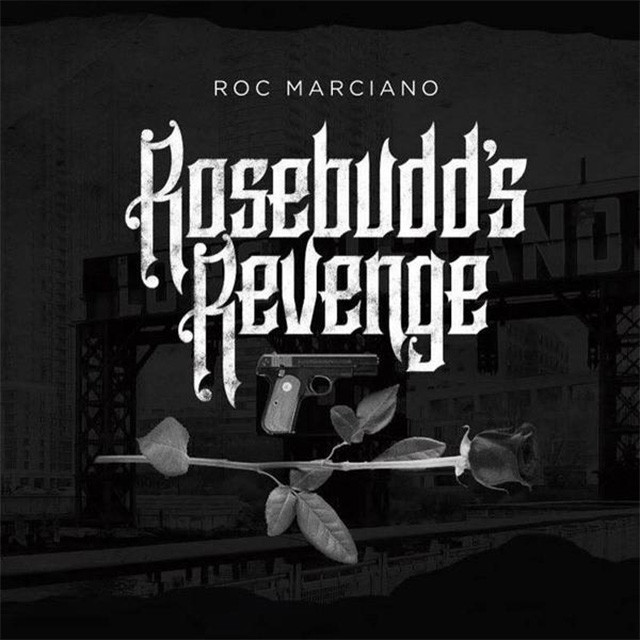 With lyrics that knot together traditional East Coast rap values with elements of crime noir, ultraviolence and an appreciation of luxury goods and haute cuisine, this loosely-connected constellation of like-minded veterans and younger upstarts (including Hus Kingpin, Ka, Westside Gunn, Conway The Machine, Meyhem Lauren and more) has built a cult following with a series of vital releases in recent times, and shrugged off those rather flimsy “stuck-in-the-’90s” accusations from less-informed segments of Hip Hop’s peanut gallery.

So while it’s been three years since he dropped his Marci Beaucoup and The Pimpire Strikes Back projects back-to-back, Roc Marc has stayed firmly in view thanks to a steady flow of high-quality off-cuts, loosies and scintillating guest spots. As a result, anticipation among the Hip Hop cognoscenti for this, his third official solo LP, has duly remained at fever pitch.

Like Citizen Kane, Orson Welles’ 1941 masterpiece that inspired the album’s title (just Google “Rosebud,” kids!), Roc Marciano’s idiosyncratic stream-of-conscious raps zigzag like a series of flashbacks, memories, snapshots and recollections. It’s an impressive approach – the narrative ebbs and flows, deftly jump-cutting back and forth between fearsome rap brags and frontline dispatches from the metropolis’ dark underbelly.

On the gloomy “Pimp Arrest,” for example, one moment he’s “on the Tommy gun, circular/I’m speaking in codes, you need interpreters…”, the next he’s fleeing, mobster-style, to Ecuador. The seditiously soulful “Here I Am,” meanwhile, combines a chillingly-blasé description of a walk-by (which could have been pulled straight from a Mario Puzo manuscript) with the best food-and-drink-related insult this side of Daniel Plainview’s “I drink your milkshake!”: “My man bring the drum/Let’s give the drummer some/Rum-pum-pum-pum/I let a hot one run in your cummerbund/Blood was all on his tux, button-up … I had the mask on, I had to just lift it/To let him know who did this/I ate your food, it was delicious…”

Brownsville rapper Ka, a familiar presence on Roc Marciano’s albums, delivers a reliably spiky guest verse on “Marksmen,” while Knowledge the Pirate weighs in on “No Smoke.” Other hard-boiled highlights include the punchy “History,” where the Pimpstead playbook (“The rap magnate/ Jackets made of snake/ Get cash at a rapid pace/ Like the way rabbits mate”) is lucidly laid out over some opulent strings, and the reflective “Pray 4 Me,” in which Roc delves into his younger years. Similarly, “Better Know” is built around a lavish piano-and-trumpets arrangement, a suitably grandiose backdrop for the veteran MC to compare himself to both billionaire investor Warren Buffett and Geto Boys mainstay Willie D.