Roc Marciano is readying the release of his mixtape, “The Pimpire Strikes Back.”

“The Pimpire Strikes Back” is set to feature production from Madlib, Evidence, Alchemist and Roc Marciano.

The mixtape is also slated to include features from Action Bronson, Knowledge the Pirate and Meyhem Lauren.

“The Pimpire Strikes Back” is set to be a lead-up to Roc Marciano’s Marci Beaucoup album.

While “The Pimpstire Strikes Back” features production from other beatsmiths, Marci Beaucoup is reportedly going to be produced only by Roc Marciano.

“This is going to be an album where I’m doing all of the production and I’m featuring a lot of artists that I work with,” Roc said in an exclusive March interview with HipHopDX. “Every song is me featuring artists that I fuck with in the business. Most of this album is to feature my production.”

The album is slated to feature several artists, including Guilty Simpson, Cormega, Evidence, Gangrene, Action Bronson, according to Marciano’s March interview with HipHopDX.

“The Pimpire Strikes Back’s” cover art and tracklisting can be found below, via Roc Marciano. 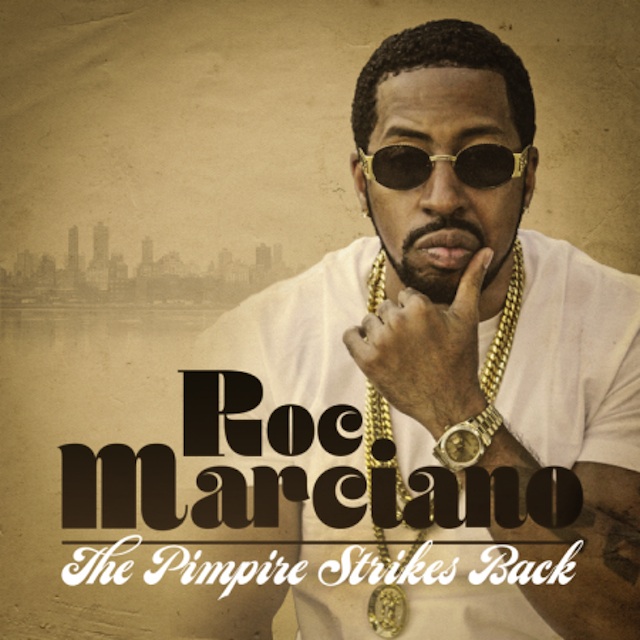 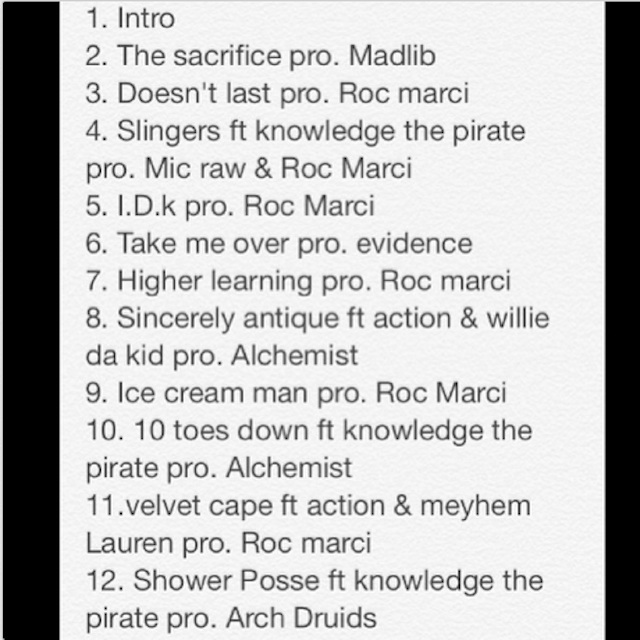