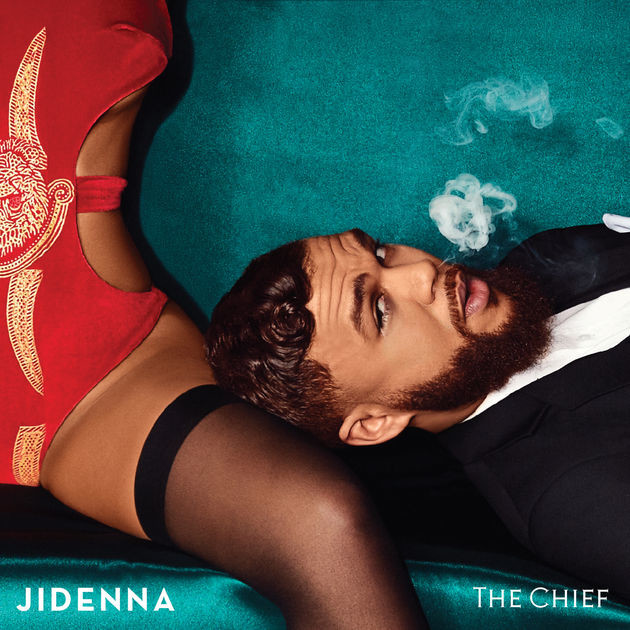 At the 2015 BET Awards, during a time in America when racially-charged crimes in Charleston, South Carolina have sparked protests for unarmed black citizens, Jidenna and Janelle Monáe’s performance of “Classic Man” was a political statement. They referenced the 1968 sanitation workers’ strike in Memphis, utilizing a group of men who hung signs that read “I AM A CLASSIC MAN” around their necks, and gave them a respectable salute. After Kendrick Lamar’s stunning performance of “Alright” on top of a vandalized police car earlier in the evening, it was that moment the mainstream realized Jidenna was fearless when it came to speaking up about issues.

Two years later, Jidenna became the epitome of a classic man with his bespoke suits. As he was putting together his Epic Records debut, The Chief, he explored his past experiences growing up in order to better himself as a black man living in an uncertain world. “That’s the beautiful thing about a debut album, it takes a lifetime to write that first work of art,” he tells HipHopDX. “It really just chronicles me trying to understand what it means to be a man. To go from ‘Classic Man,’ to ‘[Long Live] The Chief,’ those are two types and they can be the same man. Those are two perspectives on manhood.”

While most of us in our 20s fight the feeling of ending up like our parents, Jidenna embraces his Nigerian roots and values every lesson his father has taught them. The Chief was released on the anniversary of his father’s death; a proper dedication to someone he later admits had a “love/hate” relationship with. “As a Nigerian boy, you have to make sure you honor the one that brought you in because you realize when you get older, you realize your parents—they were just a man, just a woman, trying to make it happen for you and doing the best they can,” he says later at an album release show in New York City, which introduced his head-nodding banger, “Long Live the Chief.”

The dapper singer/rapper parallels his journey to manhood and paying respects to his father through narration by Comedian MC/host Chief Obi, who plays his uncle. But it’s clear The Chief is just a sample platter of what’s been on his mind lately. Over bombastic production by Mike Will Made-It, “Helicopters / Beware” is about “they” shooting you down when “you’re shining bright,” referencing the uptick of police-related deaths on African Americans. “I done seen ‘em, kill ‘em in broad day/If I die, today’s my holiday,” he raps with conviction. Jidenna continues the theme on a more sophisticated scale on “White Niggas,” which imagines a “put yourself in my shoes” scenario where white crime is discussed in the same tone as black crime. The album also ends on “Bull of the Earth,” an elegant orchestral track with a subtle dig at President Donald Trump and the political climate right now. (“We won’t hail to the new king/As the political mood swings/Everybody showin’ true colors/Like a motherfuckin’ mood ring.”)

Most new artists aren’t rebelling for a good cause like Jidenna is. Part of his appeal is being multidimensional as an artist, and his political lyrics are certainly a subsequent part of his narrative. But The Chief doesn’t deliver a cohesive message, as the rest of the album is peppered with songs aimed at radio dominance like Trampoline,” “Bambi,” and “Little Bit More”. For Jidenna, who comes from a school of spectacle, he’s a performer first and an album’s artist second. You can tell when he’s tapping into his West African influences to make new waves in pop, Hip Hop, and R&B that how these songs are presented live are important to him.

The Chief could have been in the same orbit as Solange’s A Seat at the Table and Beyoncé’s Lemonade as an ode to the black experience and championing empowerment. It lacks the punch and poignancy those projects have, leaving Jidenna to present us with a body of work characterized by his singles rather than his message. While The Chief sets him up for a more focused sophomore effort, Jidenna’s genre-hopping album is merely a sliver of his versatility as an entertainer.