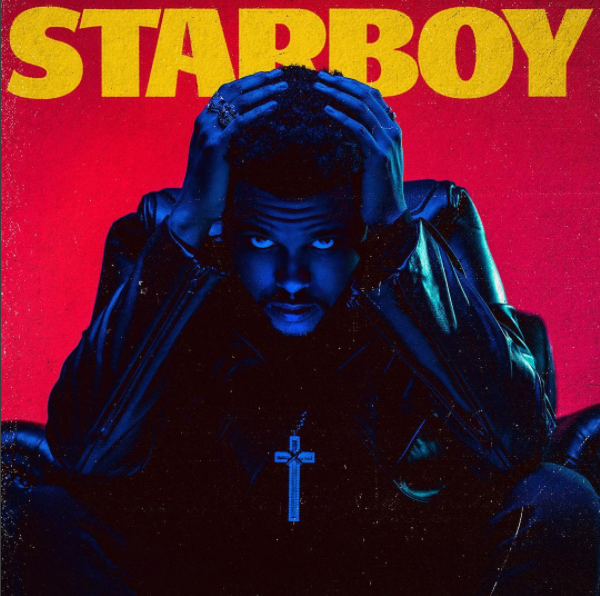 It didn’t take The Weeknd naming his third studio album Starboy for us to realize his career has breached the galaxy. The 26-year-old East Toronto native has transitioned from drug-crazed sad boy to international pop star boy, but the transformation surely wasn’t overnight. Last year’s Beauty Behind the Madness cemented that Abél Makkonen Tesfaye had moved past making drugged-out shindig background noise and was indeed ready to indulge in his devil’s pie from the mainstream pop world. There were still some more abstract, darker moments on BBTM that were altogether reminiscent of his groundbreaking and eerily stripped-down Trilogy series, whereas Starboy finds the Canadian crooner almost gone into full Michael Jackson mode.

When The Weeknd started moving in a more poppy direction, he got hit with the inevitable “sell-out” criticism from his diehard progressive R&B craving fans. The accusations could appear true at first glance but a deeper look makes it evident how he’s been able to hammer out chart-toppers while still keeping true to his trademark degenerate roots. After all, “Can’t Feel My Face” is his biggest song to date and is all about losing sensations whilst doing cocaine.

For his future Billboard achievement, the glitzy smash title track introduced us to the rightfully egotistical “starboy” character he’s created — with the help of electronic behemoths Daft Punk — but on “Party Monster,” the lost soul from Scarborough resurfaces to pain another day. See the opening line “I’m good, I’m good, I’m great/Know it’s been a while, now I’m mixing up the drank” is a precursor to the rest of the song’s paranoid party of strippers and of course more cocaine. Similar to a drug high, the tempo is upbeat, fast and pumps a vigorous energy that wouldn’t have been seen on his early somber releases. It’s this type of reckless songwriting that always alluded to The Weeknd being more Rolling Stone than October’s Very Own. (Album closer “I Feel It Coming” is worth noting for its groovy bassline fit for Phil Collins and a classic Weeknd double entendre of his awareness of impending mega stardom.)

But these days, it’s all about the hits and if “Starboy” is to have a potential monster single successor within the extensive then “Rockin’” is the logical next choice. Produced by the hit master himself Max Martin, this track is such a larger than life electro-dance party and 360° from the guy who was “robbing people for their Jordans just to give these hoes another nose fix” a few years ago. Furthermore, almost all the sonics on the album are very much tailored to fit a European electro festival (a clear alienation of those accustomed to throwing his music just “to vibe”) but the musical growth appears natural and calling on famous friends can always help out the situation.

See Kendrick Lamar, who pops up for a slick verse on “Sidewalks” — the lone moment where Abel puts the octaves on ice and brings the bars out. “Cause too many people think they made me/Well, if they really made me then replace me/Homeless to Forbes List, these niggas bring no stress” he raps to help vividly detail both artists’ troubled come ups. Lana Del Rey reprises her role from BBTM for a short interlude and Future lends his growl to “All I Know,” which isn’t nearly as good as their previously released “Low Life.” In fact, the latter half of the album renders itself a little boring but not for lack of uptempo jams — simply because all of those uptempo jams resemble products of the same template. But, with a whopping 18 tracks, blurriness of songs is bound to happen. The same top heavy-bottom boring qualm appeared on BBTM and even his formidable debut, Kiss Land for that matter. With that said, the records are still well-written, produced and executed to open up the possibility of them one day having their own identity.

The Weeknd has achieved fanfare on his own terms and hardly rushed into these Top 40 sounds which is what makes these lines hit so much harder. As Daft Punk robotically spews out the words “I feel it coming” you can picture The Weeknd looking into his future and visualizing all the ceilings he can now eclipse thanks to the magnitude and evolution of artistry. Starboy won’t immortalize his legacy just yet but it will strengthen a once desolate Toronto kid’s placement in a musical sect he probably couldn’t even have ever dreamed of being in.