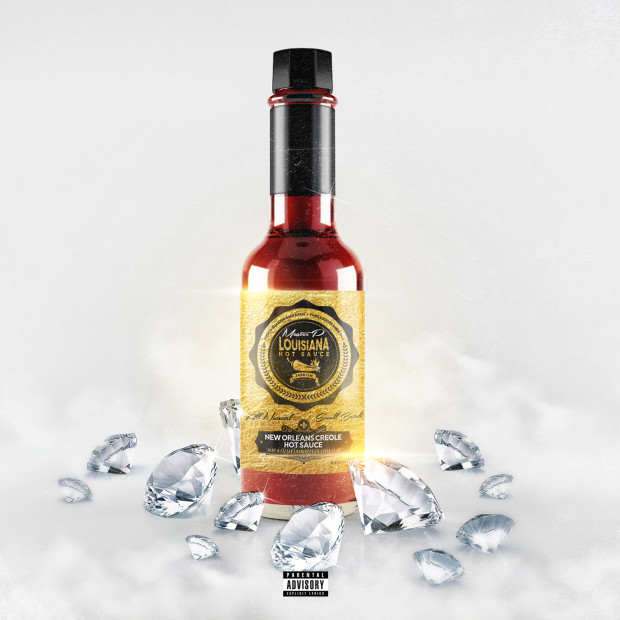 It’s actually pretty surprising that it’s taken Master P this long to release a record titled Louisiana Hot Sauce, even if 95% of the project has nothing to do with Hillary Clinton’s favorite accessory. At this point, Mr. Master Percy is practically the informal mascot of the Saints, the unofficial Mayor of Calliope Projects and most definitely a seasoned N.O. hot sauce aficionado. The “sauce” that P is presumably referring to is his continued rap exuberance that has lasted the better part of 25 years. Most would debate that said sauce’s potency has diminished over the past few years, but with the reinvigoration surrounding No Limit Forever, this release manages to kick it up a few Scoville units.

“Too Much” is just about the only cut on here that mentions sauce in any way but just like the useful condiment, it hits hard and fast. With Young Vee adding in some braggadocious melody, Master P sounds poised as he stacks up his “real one” résumé against any youngster that thinks they’re saucier than P. Miller. “Flex ‘n on ‘Em” serves as the spiciest track on the entire project despite some of his laughable punchlines. Lines that carry accustomed inefficiency like “I hope she ain’t ugly because I ain’t that tipsy” are topped off with P defaulting to money talk; something the 46-year-old mogul knows a thing or two about.

As rich as he is though, from the sounds of this project Master P is still having fun with it. A lot of other 40+ rappers don’t seem to have the same charisma or care when putting together a project that ultimately won’t define Master P’s legacy but is just another notch in his belt of solid material. There aren’t too many dull moments — despite the lengthy tracklist — and a lot of the melodies are modern mixed with P’s traditional drawl.

In fact, P truly assumes the role of player/coach/owner on the majority of these songs, seeing as he puts his No Limit Forever roster to work. Ace B, MoeRoy, Blaqnmild, Cymphonique, Lambo, Gangsta and of course his immediate junior — Romeo Miller all snag a placement. Not all of these features No Limiters are the most top shelf of spitters but at this point, P has nothing to lose by letting his youngins gain some traction on a larger release; (Blaqnmild for the win). Not only does he shine on his verse for “I’m Gone” but also produced the slapping beat for “Flex ‘n On ‘Em”.

Not that it’s detrimental to the Ice Cream Man’s catalog at this point but had he really wanted to make Louisiana Hot Sauce one of his more prestigious works, then cutting down the 18-song tracklist would have been thee move. Other than die-hard fans and those who simply forgot to shuffle their Spotify playlist, there won’t be a ton of listeners willing to give an hour of new Master P a full spin, even though a lot of the music is surprisingly good. P gets props for the effort though, and shows that he can still out sauce most.