Review: Mickey Factz' "The Achievement: Circa ‘82" Is Tardily On Time 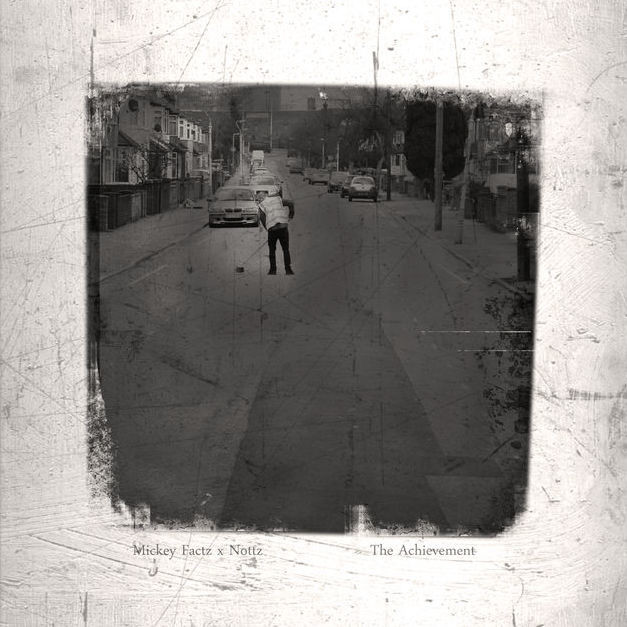 Sometimes, even your talent can’t save you from life’s biggest hurdles. Despite being a precocious wordsmith, Mickey Factz was entrapped by lofty expectations set aside by music pundits since the beginning of his career. After watching his contemporaries from his 2009 breakout year leapfrog him and become staples in the genre, the ill-starred MC found himself entangled in a web of mediocrity. Despite releasing a slew of singles like “Paradise” and his Marsha Ambrosius-assisted “For the Culture,” Battery/Jive dropped him before he can unveil his debut offering. For years, he was the luckless student who was sacked and trampled by the laws of life.

Despite striking out with his former label, Mickey journeyed through his career with aplomb. He dropped a myriad of mixtapes to keep his catalog pristine just for this very moment. This past October, he deftly circumvented his shortcomings by releasing his once-elusive project The Achievement: Circa ‘82. For Mickey, this is his graduation.

On the opening track for “Some People,” Mickey hands the keys to his wife and allows her to recite several lines of poetry, before taking the reins. “School was a bore, I was bored/Rather be at lunch playing Uno with my boys/Reading every Source, rocking Vansons/Jordan’s second year, he was a champion/I was young, trying to make an anthem/Age 14, Cam wasn’t even Dipset,” raps Mickey. Despite being the one student who didn’t walk the stage alongside his peers, he managed to still have some of his friends come through for his big ceremony. On “Vs,” he and Styles P play hot potato with the flow and serve up endless plates of double entendres to feed hungry Hip Hop aficionados. “Peep the enigma, I tell riddles well/On a dark night, would a Muslim pay a Christian bail?/Or let him sit in jail and hope a Blood break him down/Call that a sickle cell.”

With Nottz serving as the executive producer for The Achievement, he provides a plethora of landscapes for Mickey to illustrate his stories. On the jazzy “Treat You Right,” Phonte keeps the Tigallerro vibe going and hands Mick an infectious hook, while the Bronx native scripts some indelible bars for his lovely lady. “One on one this is an iso / For my whole life, yo/Music to her ears I’m a maestro/Love is drugs and my wife dope, like whoa!” he exclaims.

Throughout the project, Mickey’s bars are indubitably poignant and steely. At times, though, his exemplary wordplay overshadows his candor. After enduring tumultuous times in different pockets of his career, you wish Mick would be a bit more introspective about his failures and how he bounced back. While he momentarily swats away our dubious concerns on “414,” it’s the titular track where he seamlessly pulls out his skeletons for his audience’s sheer amusement. “Never thought this day would come to fruition/I do this for my achievers who kept wishing/Forever listened, remember Freshmen ’09?/Remember me quitting? Back in 2013, damn/Remember Bishop? That was Kings of the Bronx/Or that Honda ignition? I shot a commercial man/I was 106’ing, remember Supras?/Remember before the cabs, I said Uber?” he questions.

The Achievement is an ambitious endeavor that finds Mickey trying to encapsulate all his thoughts in lieu of this very moment. While he manages to wear numerous hats and dip his feet in different waters by dabbling in lyrical crusades and smoking sessions with DZA, Curren$y and Mack Wilds on “Marina,” you can’t help but crave for more of the vulnerable Mick, especially after an extensive wait for his debut release. As this serves as his debut to the masses, he can joyfully smile knowing that the proverbial monkey is finally off his back and now build something even more promising from here.