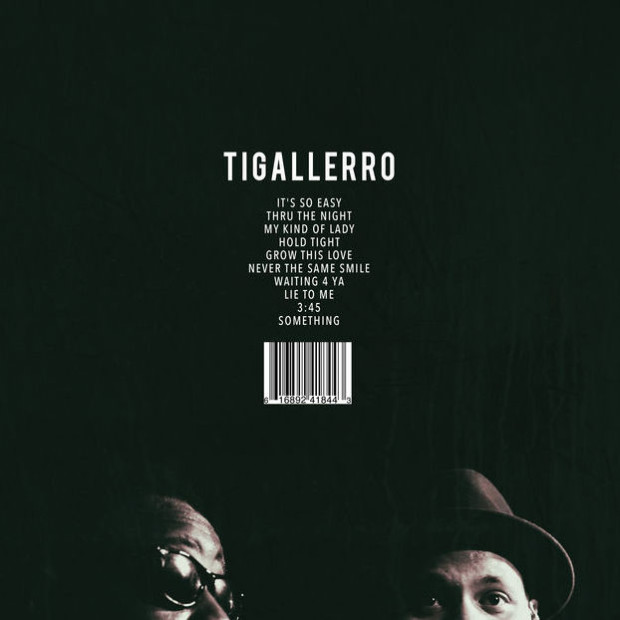 There are some artists that have the natural ability to bring out the best in others; Phonte is one of those artists. Previously playing the perfect triangle offense alongside Rapper Big Pooh and 9th Wonder as part of Little Brother and now occupying the Hip Hop half of The Foreign Exchange together with Dutch producer Nicolay, it is no secret that Phonte thrives in a group environment. His aptitude to seamless sing and rap is such a valuable tool when collaborating with artists from all different walks of life. Now teaming up with the independent neo-soul sensation, Eric “Erro” Roberson, Phonte is yet again the ideal teammate.

Their debut duet album’s title is just as clear cut as the music itself. In naming the project Tigallerro (combining Phonte’s “Tigallo” nickname with Roberson’s “Erro” moniker) the expectations are aligned with the balance of both Phonte’s rhyming and Roberson’s R&Bing abilities. However, there are multiple intense where both Phonte and Roberson are harmonizing choruses, verses and bridges together over lots of rhythmic baselines and traditional blues instrumentation. Based on those overall sonics, the scales are tipped more towards R&B than authentic rap but Phonte’s standout sixteens even things out.

A prime example would be “Thru The Night” – where the song starts off as a very neo-soul R&B cut but is then turned into a Hip Hop head’s dream come true when Phonte bookends it with a hot 32-bar verse. “I’m lookin’ at your body parts/Wearin’ that dress like it was body art/My body starts respondin’/But my mind says no and I start rewindin’/This inner war got my mind and body Hotel Rwanding/Just lookin’ for a Cheadle in the haystack” is just one example of why Phonte is your favorite rapper’s favorite rapper. (Hey, Drake!)

Creating smooth backdrops for your summer BBQs or Sunday afternoon drive were all but a given (provided by longtime collaborators S1, E. Jones, Sheldon Williams, Daniel Crawford, etc.) but Team Tigallerro promotes a positivity that seems to be long forgotten. “My Kind of Lady” finds Phonte crafting scripture-worthy lines like “Just because your girl is quiet it don’t mean that she weak and/Just because she simple it don’t mean that she cheap.” Even on “Hold Tight,” they wrap it up with a quick PSA for all those thinking to engage in any unsavoury adultery: “This Tigallerro/We just lettin’ y’all know man/Look, if you got somebody good in your life, hold on to that/Yeen missing nothing out here in these streets/It ain’t shit out here. Gon’ be a family man.” Similar gentlemanly themes pop up over the remainder of the album, proving that this project is truly dedicated to the grown and faithfully sexy.

Tigallerro is another great collaboration album under Phonte’s belt and hopefully the first of many alongside Roberson. Both artists are just so comfortable in their own skin that it wouldn’t be surprising if they freestyled this entire album in one session. Length comes across as the only detractor; a pair of artists of this ilk are fully capable of expounding on new musical heights and they should be held accountable to such a standard. With any luck, Phonte’s solo offering due out in September will have a little “Erro” sprinkled in.