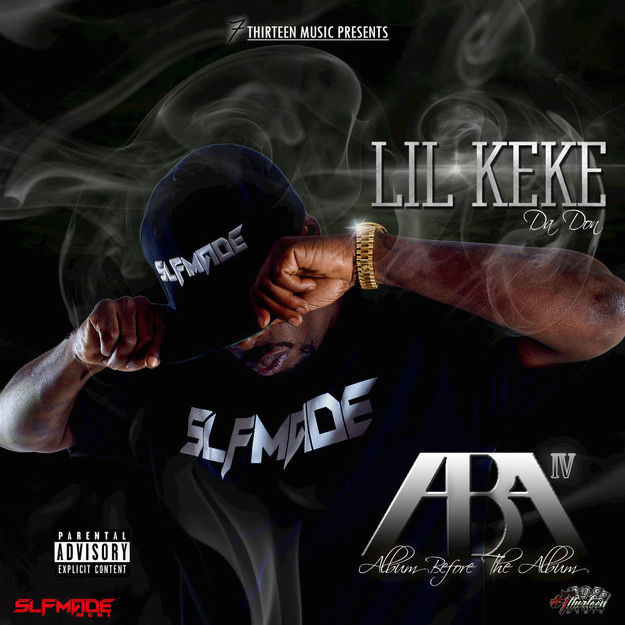 Some rappers have a tough time putting down the mic even after a 20+ year career. There is no expiration date on rap abilities but when you’re a dozen or so years away from being legally declared a senior citizen, it might be time to graduate from the game; especially if you’re still rapping about trapping, pimping and other youth-oriented endeavors.

Surely the inflated rapper ego doesn’t allow some of these seasoned artists to stop recording but this unfortunately often leads to poor, half-hearted music that is being made just for the sake of being made. Houston’s very own Lil Keke isn’t necessarily at the grandfather stage quite yet but after looking back at his last few projects and bumping his newest offering, ABA IV, it’s clear the 40-year-old H-Town legend may have run out of things to rap about.

With the release of ABA IV, Keke now has a catalog count of above 50 combined mixtapes, collaborations albums and full-on studio LPs. With a track record that long-winded, it’s no surprise that ABA IV comes off as a redundant – and he knows it. He admits to his inability to quit the rap game on the appropriately titled “Brett Favre.” “I keep coming back, I just won’t retire” are amongst some of the self-aware references he makes but none more telling than “I keep coming back because suckas know I’m getting paid.” Have the “Break ‘Em Off” residual checks dried up?

He’s still able to churn out a real Houston trunk popper alongside Paul Wall with “Slab Talk” — it’s the only real downloadable track out of the entire baker’s dozen. A stuttered, screwed up sample makes this song excitingly H-Town even though Keke and Paul sound integrally bored. Slim Thug also makes an appearance on the project which would usually be the perfect soundtrack for Barre sipping, car dipping and Grant wood grain-gripping but instead they both mumble out some freestyle bars over a slowed down version of Pastor T.L. Barrett’s “Father I Stretch My Hands” (recently popularized by Kanye’s The Life of Pablo). Thankfully Z-Ro also gets in on the action and honors H-Town legends Fat Pat, H.A.W.K. and Pimp C for “Instant Classic” — giving the project a much-needed spike of invigoration.

It goes without saying that Keke has contributed tenfold to the Houston Hip Hop scene and his good projects were good. But in 2016 Lil Keke’s criminal raps don’t come across as very convincing. His loose talk about “running with shooters”, “haters wasting his time” and “the 30 clips that are held in your Glock that protect your block” no longer evoke feelings of adrenaline and threatening excitement but instead makes you feel like he’s just going through the motions. Keke should embrace his gray hairs, mount his President Obama-delivered Lifetime Achievement Award on the wall and ensure the album after this album is airtight.