Daye Jack Rethinks The Digital Ballads On "Surf The Web" 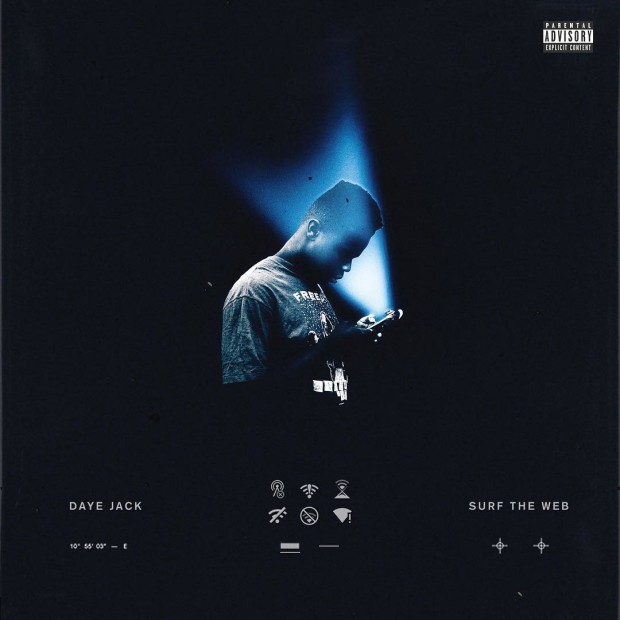 Atlanta is an undeniable creative hub for Hip Hop. However, due to the prevalence of rising stars such as Lil Yachty or 21 Savage, there’s a certain expectation of sound and content. There’s definitely room for versatility, as shown by Yachty and 21’s divergent styles, but it all fits into a typical mold of strip club exuberance or gang-related escapades. One of the city’s newest exports, Daye Jack, subverts expectations on every level.

The loose track “Hands Up,” first released last December (then presented with a politically charged video on the first day of Black History Month earlier this year), sees the 20-year-old artist waxing poetic about racial tensions in the United States with enough gravity to earn the co-sign and feature of the ATLien rap scene’s foremost activist, Killer Mike. While this most recent EP, Surf the Web, is never as upfront about its politics, it sees the budding wordsmith use the context of his upbringing as well as his subsequent (and ongoing) NYU education to weave a liberating tape full of next-gen vibes. “I’m a goon to some,” he casually notes on “Finish Line,” looking at himself from an outside perspective, but he’ll make do with that. His identity is at the forefront of this project, as he disregards genre constrictions and synthesizes his contrasting influences and atypical interests into a fluid final product.

Jack sings as much as he raps, maybe even more, utilizing his disarmingly strong voice to great effect. Self-love is the name of the game for highlight “Raw,” which sees the rapper mix actual rap with subtle melodies over a raucous beat that plays like a lively homage to traditional boom. Guitars clash with a groovy bassline and steady drums in a hectic manner for the anthemic hook, while the verses see Jack baring all: “sleep real good when there’s dinner ready for my fam,” he spits with conviction. “Loaded Gun,” featuring an ethereal dev09 on the hook, goes in an entirely different direction, showcasing Jack’s equally memorable singing, a light yet passionate croon that’s a lot more tangible than many of his peers from ATL.

On any given track Jack mixes millennial existentialism, fueled by technology overload and identity crises, with the type of electronic feel-good jams best suited for a mid-summer festival. He never gets too morose but is open enough to state that he feels like he’s drowning from the jump. It’s summer blues for the Tinder generation – youth who are acutely aware of societal strife yet have more means of escape than ever before. Connections are made more frequently but are harder to maintain. This is music for those who simultaneously feel inspired as well overwhelmed.

To its credit, the tape manages to highlight a great deal of versatility for its 23-minute runtime, ending on a therapeutic high with the infectious bounce of “Deep End.” The production value is polished, featuring extremely busy compositions that are effectively immersive, but the concepts for some songs are too shallow, making it a bit of an uneven listen. “Bullshit” and “Supernatural,” for example, don’t reach the gripping heights of the tracks that surrounded it. But, for the most part, cuts like “Finish Line,” “Raw,” and “Loaded Gun” show a great amount of untapped potential.