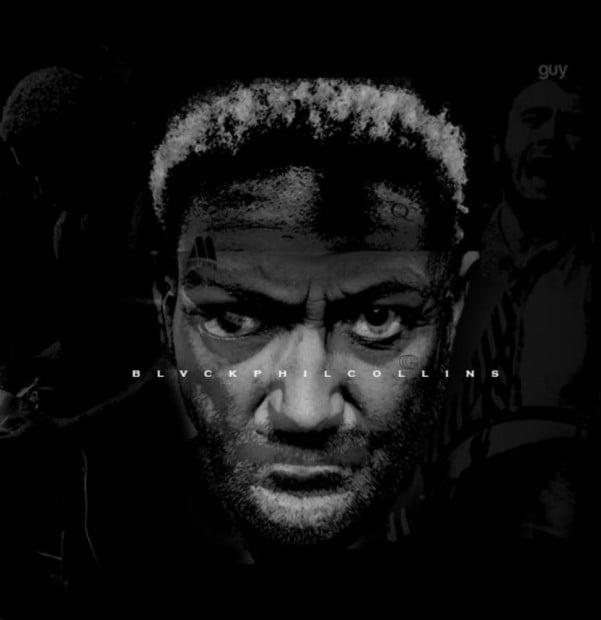 Best known for his 2014 hit “U Guessed It,” or, perhaps, the accident this past summer that resulted in the temporary loss of his right eye, Atlanta rapper OG Maco is a byproduct of this industry’s ever-shortening attention span. Signed to Quality Control, which is run by former Gucci Mane/Jeezy manager Coach K, Maco should’ve benefited more from the ATL trap renaissance of late. Instead, foreigners – from “It G Ma” rapper Keith Ape to Lil Uzi Vert — have managed to capitalize off of the burgeoning scene where as Maco is overlooked. With the release of Children of the Rage, his major label debut, just a few weeks away, it’s unfortunate that Blvk Phil Collins came (and went) as unceremoniously as his Zaytoven collaboration, OGZAY.

On this latest offering, Maco starts off strong, adhering to a distinctly moody aesthetic for “No Love” and “Rage.” He shows surprising range as guttural lows are juxtaposed with muted falsettos and utilizes the same autotune that someone like Lil Yachty might take to an unbearable extreme in a more reserved manner. When he does decide to switch from angsty crooning to more straightforward rap, he proves more than capable and sounds somewhat like Ab-Soul when waxing poetic: “everything good ‘till the confirmation, final hour/no one man should have all this…/never thought that while watching Power.” The production is atmospheric and dark for the intro, opening up into a sparse, percussion driven template for the more nimble rhymes of “Rage.”

Ultimately, the flashes of originality found in the opening pair of songs are short lived. Not able to help himself, Maco spends a majority of the remaining runtime trying to outdo current mainstream staples at their own game. Where Desiigner may sound like Future, even if their music isn’t really comparable, “2000s” plays like a reference track for the Evol-creator. “Talk Too Much” is probably a concept Travis Scott forget to steal for Birds in the Trap Sing McKnight. The least contrived of the bunch, “What a Wallet,” synthesizes the same influences, but fortunately manages to find a lighthearted groove that Maco rides for an enjoyable two minutes. These aren’t bad songs per say, but on the whole, Maco misses the mark when trying to reclaim the styles he feels he originated, coming off as pandering rather than innovative.

With a variety of influences, ranging from Black Sabbath to Kid Cudi, Maco has always been upfront about his diverging styles. He was even a guitarist-cum-vocalist for local hardcore band, Dr. Doctor, as a teen. Now, as a young man, he appears to have an acute sense of what the industry is looking for at any moment, and has openly criticized the double standards placed on Hip Hop artists. Blvk Phil Collins is meant to play on those very talents, covering as many bases as possible and acting as a defacto resume before his forthcoming debut. The contrast between the cryptic opener and the more festival-suited, DJ Snake produced, EDM crossover “Move” that brings the project to a close makes this obvious. In the process, however, Maco’s real talents as an engaging vocalist, as well as a clever writer, are lost in an EP of half-formed ideas.