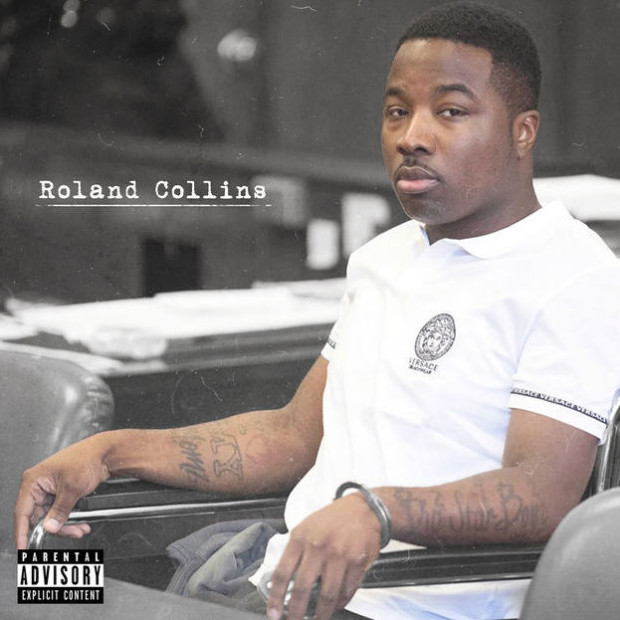 As of late, Troy Ave’s street cred is at an all-time high. After the Crown Heights, Brooklyn native was indicted on multiple charges stemming from a shooting outside at Irving Plaza, he is currently out on $500,000 bond. Rather than sitting behind bars, he’s now spitting bars on his latest album Roland Collins, aptly titled after his government name.

Reportedly written while sitting in jail on an attempted murder charge, the new album boasts 10 tracks that address a lot of what he’s going through. While he flexes his braggadocio muscle on songs like “Riding in My Whip,” “Hot Boy” and “Freaks Only,” it’s when he tackles more introspective and serious topics that he truly shines.

At 30-years-old, he undoubtedly still has some growing up to do, but perhaps after his latest legal issues, that process has been exponentially sped up. As he says on the somber “Drug Game,” “Born to get out the streets eventually…you can do the same/you just gotta know some things/risk that comes with this shit that can make your whole life change,” something he has lived first hand.

While he is out of jail, he is not technically free. He’s required to wear an ankle bracelet, cannot leave New York City, has an 11 p.m. curfew, and is banned from concerts, bars, arenas, and other music venues, which resulted from a singular, life altering event.

From the soulful beats of “(News Talkin Intro) Real Eyes Realize Real Lies” to the laid back vibe of “Don’t Forget,” each record reveals the hard-won wisdom earned by someone who’s been dealt a bad hand (or simply didn’t play their cards right). While he’s able to clearly outline the struggles he’s experiencing, at the same time, he is trying to convey it doesn’t have to be that way and that there’s a better way to live, which is ironic considering his recent plight.

There are also moments where he falters, especially on “Pain.” The beat is sloppy and he seems to have a tough time riding it. Album closer, “Chuck Norris (Hoes & Gangstas)” is sadly another generic attempt at sounding “hard.” For an album that initially seems to illustrate his growth as a man, he ends it on a pretty sour note, proudly proclaiming, “I’m a pretty fly nigga that will shoot you.” Well, that’s exactly what got him in the sticky predicament he’s in at the moment. (“It is what it is and I feel no remorse,” he continues, much to the likely chagrin of his legal team.) Hopefully, the prosecutors on his case aren’t Troy Ave fans and stay far, far away from this record.