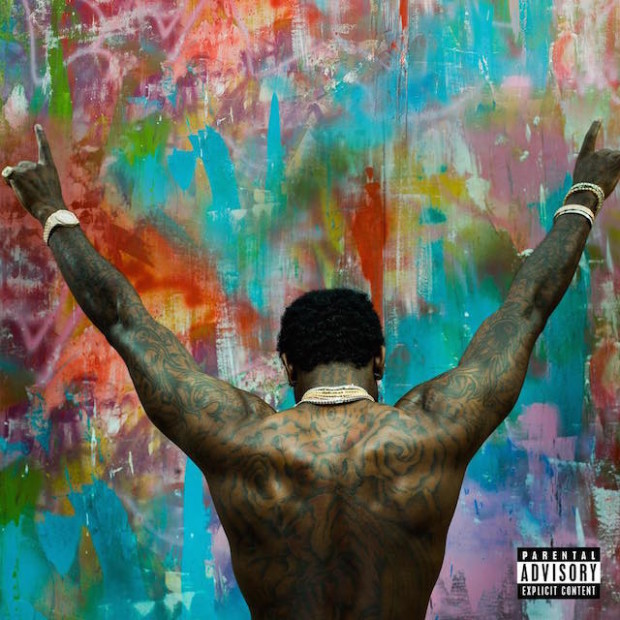 If this Gucci Mane is a clone it’s only because he’s been unstoppable since his return: he’s only been out for two months, during which time he’s also been on house arrest, yet he’s already worked with everyone from Kanye West and Justin Bieber to Kodak Black and Dreezy. Everybody Looking, his first official album since his incarceration in 2013 for possession of a firearm by a felon, came with seven music videos (and counting). He’s not a clone though — this is the same man who made over $1 million while incarcerated. His work ethic has always been undeniable. And now, openly embracing sobriety, he’s operating with increased lucidity.

Executive produced by Mike WiLL Made-It, Everybody Looking features a spacey, brooding backdrop that’s custom built to help Guwop find his footing once again. As an integral part of his original sound, Zaytoven also does a majority of the heavy-lifting, providing an occasionally lively contrast to Mike WiLL’s typically murky aesthetics. Their collaboration on “Waybach” perfectly matches Gucci’s air of nostalgia, while their work on the sunny instrumentation for “At Least a M” makes it an instant contender for summer anthem. Despite only making brief appearances, Murda Beatz (“Back on Road” w/ Drake) and Drumma Boy (“All My Children”) also fit comfortably into Zay and Mike Will’s newfound dynamic. Everything is methodical, from the thunderous “No Sleep” intro to the way the “Waybach” hook comes back around for an encore towards the end of “Richest Nigga In The Room.”

As for the Trap God, his wit and sense of humor is reminiscent of his previous work and he’s as self-aware as ever (“please get that devilish juice away from me, I don’t drink that,” he teases at one point). His animated storytelling on “Robbed” paints him as a product of his environment, “Pop Music” is as menacing as “All My Children” is earnest, and the outro, “Pick Up the Pieces,” boasts a particularly clever refrain (the same song also opens with a brief but noteworthy poem). There are just as many braggadocious verses painting the mythology of his return to the rap game as there are detailing the hardships of his time away (“1st Day Out tha Feds” remains a poignant highlight). However, despite this purposeful approach, it all sounds a bit predictable.

Outside of his protégé of sorts, Young Thug, even the high-stakes features (Drake and Kanye West) don’t do much to shake things up. Gucci has this aforementioned narrative fully mapped out (time in prison, drug addiction, impact on the culture) and touches on all of these topics like clockwork. Some of his natural charm seems to be on a tight leash, with only a handful of verses (“Pussy Print,” “All My Children,” “Gucci Please”) really playing with his otherwise stoic delivery. Sure, the measured approach simplifies the process of introducing Gucci back to the scene but, if we’re keeping score, Gucci basically created this scene and could have definitely taken a few more risks on this first offering back to the trap house.

Then again, it is just that – his first offering. Between the six-day conception of this album and now, Gucci and co. have probably taken the training wheels off completely. As for Everybody Looking, Mike WiLL Made-It and Zaytoven construct a cinematic backdrop, but Gucci’s execution is a bit wanting. Regardless, it’s a clear step in the right direction, a completely different beast than the b-side littered mixtapes he’s sanctioned from behind bars over the past three years, and begs for repeat listens.