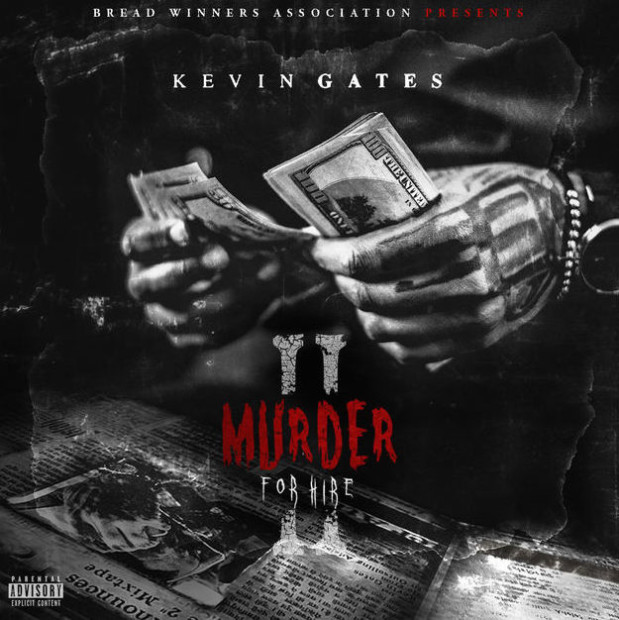 Kevin Gates is having a great year. After a slew of mixtapes spread across half a decade, his debut in January, Islah, peaked at No. 2 on the Billboard 200 and expedited the transition for Gates to evolve from a mixtape rapper into a powerhouse album artist. Now, just as how the first installment was a genuine offering to his fans, Murder for Hire 2 is a victory lap for the Baton Rouge wordsmith. While the sequel may not be as engrossing as the original, this interim EP allow Gates to flex his current creative streak while the label continues to do label things and push his highly-anticipated sophomore effort back to 2017.

MFH2 mainly features in-house production and is devoid of any big names. The single, “Off Da Meter,” sees Gates working with Beat Dilla to display a balanced mix of the rapper’s proven versatility and Rad Cat provides the menacing stutter to the gritty highlight “Showin’ Up,” giving him the perfect backdrop to play with his flows with scary ease. Grand strings and heavy drums frequently provide the perfect backdrop for the anthemic aura Gates naturally possesses. There’s an urgency to every track.

Similar to Chance The Rapper’s recently documented devotion to his God, Gates, a converted Muslim, unflinchingly embraces his faith (past and present: he still bares a distinct tattoo of a cross etched on his brow). He’s got the Quran on him, “thumbin’ through the surahs,” and halfway through “The Prayer” you can hear even hear him deliver an impassioned recital of one these Islamic prayers. The selling point is his conviction. He can sing you sweet lullabies with a warm, guttural croon (he may even cover his favorite Blink-182 deep cut) as convincingly as he can berate you for not falling in line, like he’s the rap game’s Gunnery Sergeant Hartman.

Gates has always been an open book, for better or worse (remember “The Truth” on Islah?), and while a majority of this EP favors his more braggadocious raps, there are still moments of vulnerability to be found. “Great Example” is saved by his relentless confessionals. He doesn’t do visits while he’s in jail because it leaves him wanting more and he opens up the second verse claiming: “used to get high but I kicked it, shootin’ dog food in my dick.” The problem is, MFH2 frequently chooses to forgo these extremes that make Gates riveting, opting for something more middle-of-the-road (see: “Believe In Me”).

The O.T. Genasis smash hit, “Cut It,” got two high-profile remixes this past week: the first positioned Gates and Young Thug as the new-school frontrunners while the follow-up gave the spotlight to certified OGs T.I. and Lil Wayne. Despite the impressive line-up, it was Gates who stole the show. Which is why when MFH2 opens up with a full remix of the same track (entitled “Fuck It”), sans the winning verse, it’s hard not to be impressed. Despite the feeling of redundancy, Gates is still a technically impressive rapper and an animated singer.