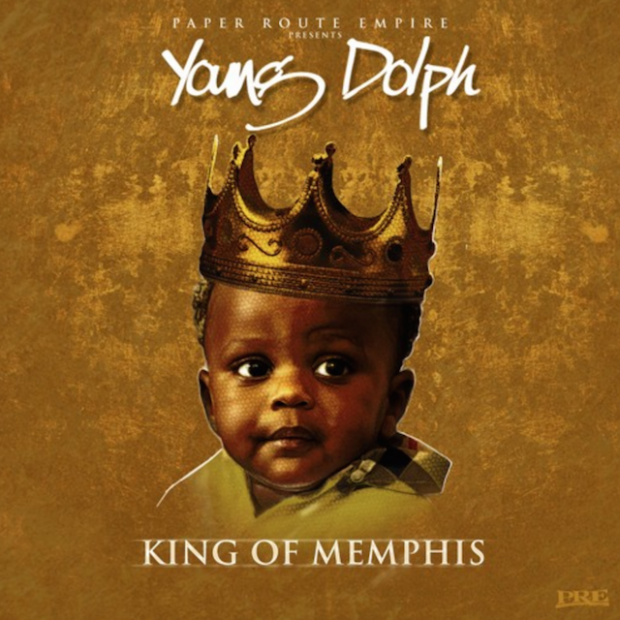 The term independent is one that’s used very loosely in the Hip Hop industry. It’s hard to find a successful artist that’s truly independent. Guys like Chance the Rapper are shifting the paradigm but for some, being independent means having your own group that’s distributed by a larger label, who also has to split a check with an even bigger parent company. Memphis trapper, Young Dolph has found success keeping his appropriately-named Paper Route Empire completely independent by cranking out a handful of hits and an influx of successful mixtapes over the last six years. With a spot on Forbes’ Hip-Hop Cash Princes list and hits like “Preach,” “Pulled Up,” and “Cut It” heating the streets up without the backing of a major label, it’s easy to see why Dolph declares himself the King of Memphis on his debut album released the same day as fellow Memphis MC, Yo Gotti.

Don’t let the debut album price tag fool you into thinking Dolph is switching things up this time around. Dolph shows promise on the hard-hitting opener, “Facts,” before retreating to his comfort zone on the majority of the album. King of Memphis takes the form of his last two mixtapes, Shittin on the Industry and 16 Zips only without the features. Eleven songs is all the Paper Route Empire CEO needs to remind those familiar with him what he’s about: money, money and more money. Those unfamiliar with Dolph will cringe at all the paper talk especially when you pair it with his gruff Southern delivery. Still, his knack for infectiously catchy hooks and slick punchlines that are so elementary they sneak up on you, are almost enough to carry a 11-track album. Lines like “my sneakers match the car, that’s what you call styling,” “bankroll in my pocket as big as a midget” instant favorite, “I fucked her so good, she got up and started cooking,” are undeniably simple but Dolph’s straightforward delivery over shimmering trap production make them bearable.

Dolph is at his best when he meshes his street CEO identity with personal trap anecdotes like he does on the introspective closer, “Real Life.” You can hear the deep-rooted pain of his struggle as he says “I came from shit… literally” to provide the canvas for an unforgiving yet relatable picture of a broke dude getting rich only to reverse that fortune. When Dolph notes that he’s made enough money in the trap to send his kids to Stanford University on “Fuck It” you can’t help but be motivated by the family first attitude of the same guy who says he copped a Rolls-Royce just to smoke kush in it. The patriotic flip of America’s colors on “USA” is the funnest part of the album as Dolph cleverly shouts out his homies that rep both red and blue while leaving room for his red (and white) women over a breezy Zaytoven beat.

A workhorse mentality and production from Atlanta’s top beatsmiths, Zaytoven, Mike WiLL Made-It, Nard & B, Cassius Jay and TM88 have made Dolph the adopted son of Atlanta that Drake so desperately wanted to be a few years ago. Unfortunately, on the King of Memphis, his progression is stifled by a formulaic approach to churning out a familiar product that he’s relied on his whole career. Dolph plays it safe on most of the album—making you wonder if that’s all we can expect from the self-proclaimed King of Memphis. The album’s lead single “Get Paid” (which was ironically lifted from the aforementioned Shittin on the Industry mixtape) is the most obvious example of this approach while “How Could” intertwines a Zaytoven beat with bars that never travel outside the spectrum of dollar signs and women.

King of Memphis has all the ingredients of a breakout debut album with 12 featureless tracks but it settles in as another conventional Dolph project. The obvious jab at Yo Gotti in the form of the album’s release date and title, pack more of a punch than the album itself. If this is all it takes to be the “king” of Memphis, the crown ain’t safe.