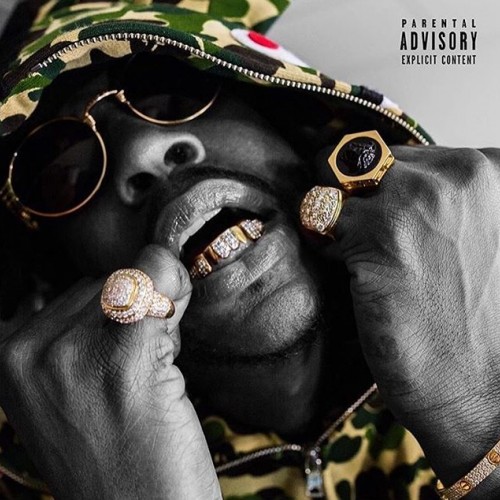 2 Chainz’s August 2015 release, Trap-A-Velli Tre, was widely regarded as one of last year’s strongest mixtapes – and for good reason. Loaded with quality hits from top to bottom and standout verses on each track, 2 Chainz proved that he has the ability to continue to deliver the goods. His mixtape run over the past four years has been so impressive that one could argue his performance vastly surpasses anything on of his major label LPs. His latest project, Felt Like Cappin, attempts to further that feeling but comes with a few foreseeable hiccups.

Felt Like Cappin is short. Six songs of concentrated Chainz (eight if you include the clean versions of two songs), and it is as brief as it is braggadocious. It’s essentially a 20-minute ode to himself that doesn’t hesitate to flex at every turn–something we’ve come to love and expect from the infamous Hair Weave Killer.

Despite the sound foundation straying from 2 Chainz’s normal array of musical canvases, the star-created production still manage to hit hard. Even those renown for their own signature sounds don’t churn out a predictable product. The TM88 produced “Not Invited” is anchored by an electric guitar riff that sounds more U2 than Tity Boy. Fki’s produced title track has such a slick baseline that would suit the intro to a Tarantino movie. Even Mike WiLL Made-It and Zaytoven set aside the heavy bass for a tropical xylophone on “MF’n Right.” However, consider the Timbaland’s bansuri-helmed “This Me, Fuck 1” forgettable on both the production and lyrical front.

For what the beats offer in unpredictability, 2 Chainz evens out with his unvaried subject matter. It’s no secret that 2 Chainz has a tendency to follow the same trapstar trajectory with little variance. Not to say there aren’t a few brief moments of brilliance because the sheer flexing in lines like “bought a pair of Yeezys just to rap in” is guaranteed to put a smirk on everyone’s face. Wayne’s attachment to the project sparks the interest of his own past mixtape glory, for his verse on “Back On The Bullshyt” manages to hold some weight. The Auto-Tune isn’t ideal but witty wordplay and half decent energy keeps it afloat. If this is what to come from their rumored Colligrove collaboration album, then we are all in for a pleasant surprise.

Felt Like Cappin doesn’t revolutionize Chainz’s catalogue but rather keeps his name relevant through the current quarter of rap releases. With 2 Chainz bringing the same cards to the table, the experimental production stands as the pump-up playlist’s highlight.