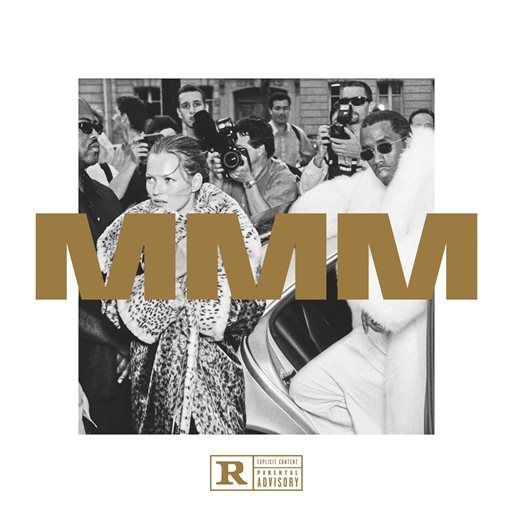 There are few characters in our culture that have stood the true test of time. You can probably count on one hand the amount of Hip Hop artists that have been consistent or even pertinent for 20 plus years. Obviously, the game has changed but nowadays, it seems as if artists are lucky if they get a summer’s worth of relevancy.

With that said, you can’t bring up time-tested veterans without mentioning Diddy. He has one of Hip Hop longest, most decorated resumes and is amongst the Hip Hop elite; for good reason. Sure, he may not be the genre’s most introspective when it comes to bars but his ability to make the masses move is undeniable. If it isn’t his own collection of hits that have you singing at the top of your lungs, there is definitely an artist he has worked with that gets you moving. From Notorious BIG to Machine Gun Kelly and pretty much everyone in between, Diddy has played a major role in the careers of many Hip Hop hit makers.

Last Train to Paris, his last official release, dropped back in 2010 and after much anticipation, the Bad Boy himself is back with a free mixtape entitled MMM.

As Diddy tells it, the project is a “sonic motion picture” – which in most instances would come off as a little cliché but as you start listening, it makes sense. Both the title and theme of the project follow the basis of the critically acclaimed 2002 movie Paid in Full. For those who have been living under a rock since the turn of the century, Paid in Full is the film adaptation of Alpo Martinez’ rise to drug lord supremacy in Harlem.

Now, if there is anything we know about Diddy for certain, it’s that Harlem and being a “hustler” are his two favorite things – which is why this theme doesn’t come as too much of a surprise. Even on the opening track Diddy explains that the tape is essentially the soundtrack to his own Paid In Full infused hustler “fairy-tale”.

As you listen through the first couple tracks it’s easy to hear the top notch production. The instrumentation is crisp and vocals are seamlessly matched to the beat. Despite “Harlem” sounding a little like a Ciroc commercial, both Diddy and Gizzle’s vocals are on point. There is no doubt that this project is best played through the highest quality audio.

Even though there is some mention of Paid In Full in the first couple tracks it isn’t until “Everyday” where we see the true hustler anthem come to light. The low tempo beat serves as the perfect canvas for Pusha T, Styles P and Jadakiss to paint that authentic New York street story – they even force Diddy to step his game up and deliver his best verse of the entire project.

Next is the Lil Kim, Styles P and King Los assisted track “Auction”. In short, this would be the perfect track to show someone who was completely unaware of what Diddy’s signature sound is all about; an upbeat track that is as grandiose as it is easy to follow. Although the whole album is very authentically Diddy sounding, this track in particular immediately brings back the feelings of Harlem World or No Way Out – all its missing is Mase.

After a handful of near perfect songs to start MMM, the tape loses steam mid-way through. The tempo shifts from a hustler celebration to a mellower vibe. Songs like “All Or Nothing” and “Workin” sound like an attempt at being as “new sounding” as possible. The trap drums and hazy vocals, which are becoming increasingly popular in hip-hop today, don’t exactly fit the flow of album. In no means are they poor songs but in terms of MMM’s overall listenability, they hinder the whole “Diddy/Paid In Full” experience.

Things do however pick back up with “You Could Be My Lover” featuring Ty Dolla $ign and Gizzle. Contrary to “All or Nothing” and “Workin”, it incorporates a modern sound without compromising any of those flashy elements that made Diddy the master orchestrator he is today. The mixtape closes with hardly any real stumbles and after listening front to back, you can tell Diddy still cares about the music despite his countless other endeavours that no doubt place him much higher on the Forbes list.

Although, the tape’s proposed theme doesn’t hold up throughout all 13 songs, Diddy really does make the most of this mixtape. MMM is by no means is it Diddy’s best work but, it does deliver some quality music with a little something for everyone. Whether you are looking for tight rhymes, big production, exciting collaborations or even just some of that signature Diddy ad-libing, MMM is definitely worth a play or two.