Black Milk - If There's A Hell Below 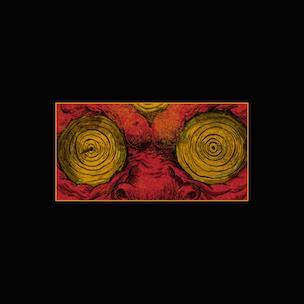 Few producers in the game have enough of the gift of rhyming to seriously toe the line between emcee and beatsmith. Some hire ghostwriters. Others simply try to make up for their lyrical deficiencies in other ways. Black Milk is the rare specimen that, especially lately, has come to know his game so well that he both emcees and produces with ease. The Detroit board hero has been honing his lyrical abilities since the beginning, and his progress is more evident with each album he drops.

Twelve longer-than-average tracks beautifully interweave with interludes and audio samples. Lyrically Black Milk is as on point as ever. He uses a variety of flows to nudge you through first-person narratives, macarbe missions of verse, and his powerful visual prose. Alongside Blu on “Leave The Bones Behind,” he goes in and holds his own: “Used to grab the pencil with money on my mental / Now I think about my kinfolk with every pen stroke / Takin’ in all the stars was our vision / The only thing that helped us get through hard livin’ / Blowin’ pot, grandpops wishin’ we would listen / Screamin’ bout how we don’t got a pot to piss in.” These rhymes showcase all three of the aforementioned writing talents, and the acrobatic flow is delivered with confidence.

The production is both rousing and superb. Each beat is specifically catered for the listener, and no two tracks sound the same. In most every instance, the drums dictate the tempo and the instruments are layered in accordingly. “Detroit’s New Dance Show” is an instant club banger that fuses elements of ‘80s Pop and Drum & Bass, while “Hell Below” is instrumental only, stylistically reminiscent of Madlib’s Shades of Blue. On the latter, thanks to his extensive knowledge of live instrumentation and engineering prowess, the beat is a demonstration of Black Milk’s ability to make a complex instrumental track that transcends traditional notions of Hip Hop.

One of the more significant moments of If There’s A Hell Below comes on the track “Quarter Water,” a power collaboration featuring Pete Rock. This meeting of the minds is a gift for fans of both artists; one of the best producers to ever do it, and one of the best currently doing it. It’s also an homage to Rock, whose inspiration is palpable on the album as a whole. Many of the songs segway into others via instrumental interludes, a technique frequented by soul brother number one back in the early ‘90s. Track sequencing on If There’s A Hell Below is seamless, due in large part to the interludes.

If There’s A Hell Below is an amalgam of different sounds flawlessly arranged and sequenced; a fine work of artistic micromanagement. The album captures a swath of moods and tastes, and Black Milk’s lyrics are both imaginative and well-executed. The production is on the money, and he continues to make big strides lyrically. As for future works, this one will be difficult to surpass.