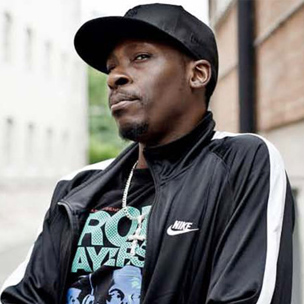 Between his work with Marley Marl, Jay Z and Kanye West and his own solo projects, Pete Rock is connected with about three different eras of Hip Hop. During his most prolific period, it wasn’t unusual to find “Soul Brother #1” on approximately 10 projects during the same calendar year. As Pete sees it, the workload was part of a competition which continues to this day.

“I created this aura of myself to start out doing remixes and be the remix king,” Pete Rock explained, of his earlier production days. “I went from that to doing beats for people. So I was really competing with myself—not in an egotistical way, but I wasn’t thinking of anyone else competing with me. I was just doing it because I loved doing it.”

That love become palpable via Pete’s work with his cousin Heavy D, his partner C.L. Smooth and contemporaries like DJ Premier and Large Professor. The latter pair of beatsmiths are forever linked with Pete through their collective work on Nas’ Illmatic. In honor of the 20-year anniversary of Illmatic, Pete Rock revisited his work on “The World Is Yours” and the bond created through friendly competition of working with his peers. “Chocolate Boy Wonder” also revisits Heavy D’s Nuttin’ But Love and The Main Ingredient, which both will also turn 20 this year.

HipHopDX: What do you remember about “Live At The Barbeque?”

Pete Rock: The verse [laughs]. That golden verse about snuffin’ Jesus caught everyone by surprise. That was his introduction to producers in my opinion. It was a dope voice, and the way he flowed over beats…the things he said were attractive to producers like myself.

DX: As far as Illmatic, why do you think Nas earmarked you to sing the hook on “The World Is Yours?”

Pete Rock: [Laughs] You know what? That’s a funny question. I have no clue. Maybe he just heard my humming and thought it could do something on the hook for the song. I don’t know. But I ended up doing it to his liking, and I’m glad that it came out perfect.

DX: You guys recorded “The World Is Yours” at Battery Studios, right?

Pete Rock: Yeah, Battery Studios…there’s a lot of history in there musically.

DX: DJ Premier has gone on record as having sat in on that session. Do you remember who all was on hand?

Pete Rock: I remember Premier being there along with Nas and Large Professor. That’s really about it as far as I can recall. There might have been more people in the room, but I only remember my peers.

DX: How did you find out “The World Is Yours” inspired Premier to rework “Represent?”

Pete Rock: That just kind of came out later down the line. When [Nas] heard the beat, I already had it made. It wasn’t particularly for him. It was just a beat, like, “Maybe he’ll like this.” I played it, and he loved it. It was good that day [laughs].

Pete Rock Explains How He Began Exploring Jazz & Other Genres

DX: There seemed to be a friendly, internal competition between all of you who worked on the album.

Pete Rock: Oh yeah, definitely man. I call myself the Soul Brother #1 in Hip Hop because I’m a big fan of James Brown. He’s the original Soul Brother #1, but I just call myself that in Hip Hop, and I created this aura of myself to start out doing remixes and be the remix king. I went from that to doing beats for people. So I was really competing with myself—not in an egotistical way, but I wasn’t thinking of anyone else competing with me. I was just doing it because I loved doing it.

DX: Why do you think that era was so rich—particularly with you—as far as Hip Hop merging with Jazz and Soul?

Pete Rock: Once I started exploring Jazz, I found there was a lot more. Trust me, Soul has a hell of a lot to offer. There’s endless Soul records out there. But there was something about Jazz in my soul. That music is deep, and you have parts of it that are just melodic. You also have Hard Jazz, Jazz/Soul and Jazz/Funk. With those mixed in all together, it was something very interesting for me to delve into. And that’s what I did.

DX: You’ve mentioned hanging in Queens with Dres and Royal Flush, and Large Pro coming to your crib. How important was that communal vibe?

Pete Rock: Yeah, that was back in the days, man! It was fun hanging with them guys. It can be extremely important, but not everything is peachy keen. That’s just how it is when you’re out here. It’s life lessons, and those guys are great people. They’re great friends, and I’m glad I met them. I’m glad I got to see a part of Queens I’ve never seen through them, and the rest is history. But I feel hanging out definitely adds on.

DX: How would you compare that to the current era, where you have the option of direct interaction or just shooting over a Pro Tools file?

Pete Rock: I come from the era where we worked a little bit harder. Today, with the digital world, things are easier and faster. That makes me look back at my career, and I’m like, “Dag, I did all that work!” And now that I know the new digital world—and everything that’s happening now with Pro Tools and stuff—I’m creating albums in my house now. I’m producing records and making my own albums at home. I had never done that before, so it’s a faster pace with the creation of the music now. That’s not to say it wasn’t fast then, because in my time I was making beats in five minutes. I made “The World Is Yours” in less than 10 minutes…so, yeah.

DX: When Nas goes in other directions, the first thing people mention is getting back with you, Premo and Large Pro. What makes Hip Hop fans so protective of Illmatic?

Pete Rock: Your first album is always your best. Sometimes your first is your most critical and your most… At that time and that point in your career, your adrenaline is flowing so much that everything you do comes out great. You don’t realize it until you come back to the whole thing. When I listened to the whole album, I said, “Wow! This kid is definitely the future, and he’s gonna be a force.” To this day, right now in 2014, he’s the best to me.

DX: May is also going to be the 20-year anniversary of another album you worked on, Heavy D’s Nuttin’ But Love. You did “Sex With You,” “Got Me Waiting,” and you co-produced “Black Coffee.” What’s your most significant memory of Hev and that album?

Pete Rock: He’s family. That’s my cousin, so we go back since four or five-years-old. It’s always a little bit deeper, and when it’s family-rooted it’s always special. He was the one that put me in the game and said, “Hey, you know what? You’ve got something, kid. Let’s bring that out.”

When we worked together on that album, it was easy. Hev was like clockwork; I already knew what he liked, and I knew how he wanted it. All he does is relate to me, “Hey Pete, the first verse is gonna be 12 bars. The second verse is gonna be 16, and the last verse is gonna be eight. But you’re gonna put a bridge in the middle.” He taught me a lot of that. Just by being around him and other producers like Teddy Riley, Marley Marl, Howie Tee and those guys, I picked all that up. I watched these producers work, and I learned how to structure things and make songs. So Nuttin’ But Love was when we were at the pinnacle of our talent, and we just had fun making songs for that LP

DX: You’ve also got the 20-year anniversary of The Main Ingredient approaching. How close did the track for “In The Flesh” come to being a Notorious B.I.G. song?

Pete Rock: [Laughs] Ahhh, man! Now that I think about it, I was like, “Damn, he should’ve been on that shit! He should have been on it.” But, he just wanted to see how I did it. He was more impressed, like, “I wanna see how Pete makes a beat.” I did it. When I grabbed the “You’re A Customer” EPMD record, he was like, “What you gonna do with that?” I told him, “These drums—I know you’ve heard these drums before. These drums are familiar to you, right?” So I took them, played with them and did that song.”

DX: You took a different approach in terms of sampling—particularly with Roy Ayers’ material. How much do you think The Main Ingredient showcased your growth as a producer?

Pete Rock: Being on stage with him and seeing musicians and session players had me saying, “Wow.” It just makes you want to touch something, like, “Let me play with this keyboard. Let me pluck some strings on this guitar. Let me see what I can do.” It just gives you inspiration to want to be a musician further in Hip Hop.

I know we love sampling in Hip Hop; there’s no sound that’s better. But when you can make real music too, it’s just a plus. So being a musician all across the board, and being on stage with a guy like Roy Ayers—who I grew up listening to—he’s somewhat of a dad and a teacher. Being around him and being able to ask all kind of nerdy questions about music, releases and things that I’ve heard, is fun stuff.

DX: Since you recently mentioned a sequel to Soul Survivor, how exactly did you end up working with Kurupt on “Tru Master” on the original Soul Survivor?

Pete Rock: Me and Kurupt met back in the ‘90s, and once we met, we just kind of clicked. He showed me how much of a fan he was. Until you meet someone, you never really know how much of a fan they are until they tell you. So when he told me that, I immediately said, “Let’s work.” I’m a huge fan of Tha Dogg Pound. Kurupt is my homie, and I’m actually trying to reach out to him now to do something with me.