DJ Premier is more than willing to offer encouragement to today’s up and comers taking the genre into new directions. The Hip Hop sonic pioneer is beyond chastising the younger crowd, which isn’t to say that he doesn’t love hearing his own influence every now and then. Every Rap fan seems to know the story of this Texas-born producer who gave the New York sound its signature grit in the early 1990s. The man often referred to as “Primo” is a legend of course, but he feels no need in stating the obvious to promote his already-unwavering position. Instead, he looks toward the future, remaining true to himself, his craft and his love for the culture.

HipHopDX recently had the chance to sit with the Gang Starr legend before the Red Bull EmSee National Finals in Atlanta. He spoke about “Premier-isms,” his Sirius situation, and a possible name for the collaborative album with Nas.

HipHopDX: Your style has been immortalized in the culture as “The Primo Sound.” Was there ever any added pressure from yourself to remain affixed to the sound you started with?

DJ Premier: Yeah well, I’ve always just felt like: make what you like to hear or what you like to buy and that’s really what it is. I like buying the type of music that I make, which is not to say that I’m riding my own dick or nothing like that but it’s just the sound that I make reminds me of what I used to buy prior to having a record deal. Stetsosonic, MC Shan, [Big Daddy] Kane, Kool G Rap, Eric B. & Rakim, Run-DMC, Public Enemy… Even underground people like U.T.F.O., Full Force, The Real Roxanne, really every Roxanne, all 100 of the Roxannes… [Laughs]

I wanted a record that sounded like “the city,” like if you looked at them and at the album cover, and you heard the music and closed your eyes, it sounded like New York. It’s not like that now, but I don’t wanna see that part go away, because that’s what paid me and got me a house and got me cars and got me to help people that need to borrow $8,000 and I just said, “Oh yeah, I got it. Here.” That allowed me to do it, so the last thing I’ma do is stray away from that. The younger generation, I have no problem with what they’re doing because they have a style that they’re into, let them have that. But our lane shouldn’t go unrecognized because our lane opened doors for them to do what they do.

DX: There are a lot of producers who’ve clearly been inspired by you. Some people do pretty well at recreating that Primo vibe, but not quite… [laughs]

DX: So you agree.

DX: Can you name some?

DJ Premier: A lot of people reference Statik Selektah who’s a good friend of mine, mainly on the scratching side, not on the beat side, he definitely has paved his own lane on production style. Even in the earlier Alchemist days when he was sort of veering away from the Soul Assassins style, of how [DJ] Muggs and all of them put their thing together, I could hear Premier-isms in that but again he’s another friend of mine that I hang out with and we go listen to each other’s beats over at the house and be like, “Oh, that’s dope,” and not like, “Oh man, that sounds like me.” It’s all healthy competition and at the end of the day we’re all in it to stay on top of our craft and it’s also flattering.

I don’t look at it as biting or stealing. You just hear little things and go, “Ahhh… That reminds me of my little snare or my drumroll.” It’s not taken in any other way but flattery and on top of that, they keep me on my toes. I was over at Alchemist’s house the day he played“We Gon’ Make It” beat [that was eventually used by Ras Kass and later Jadakiss]. He made it for Nas and I was like, “Yo, Nas gonna kill that.” Nas didn’t like the track. I was like, “Damn!” Then he said like, “I’ma give it to Jadakiss.” I was like, ‘I hope [The L.O.X.] kill it.” Jadakiss and Styles [P]… Whew… And that’s one of their biggest records, to this day, when it comes on. So you know, it was like, if Nas doesn’t kill it, it’s gotta be somebody else that handles it on that level and that’s a record that comes on to this day and everybody’s like, “That’s my jam.” But we all borrow from each other. Me, 9th Wonder, all of us, we all borrow from each other and we all get on the phone or text each other like, “Yo. You heard that new joint? Oh my God.” Or I’ll hit ‘em like, “I hate you, 9th.” Or I’ll call DJ Scratch like, “Oh, I hate you.” And they know I hate you means I love the shit out of you  because you’re so dope you know.

DX: Can you speak on the Nas album that you’re supposed to be producing? How’d that come about? Have you guys started working on it yet?

DJ Premier: I told Nas that I wanna be on Life Is Good, and I’ve been deejaying for him lately on his Illmatic Tour. I was like, “Yo. I wanna get on Life Is Good. I got some joints,” and I gave ‘em to him when we were doing the Regeneration thing with the Berklee Orchestra. He came to the studio and we were trading beats. He took some but he was like, “Yo, this album is almost like a Here, My Dear album,” like Marvin Gaye did for his ex-wife. So I was like, “You know what? If it doesn’t fit that, then it doesn’t fit it. I’ll wait until we do our album,” and he said, “Wait, let me get through this and put this one out, we’ll start very soon this year.” So… He’s said that before but I think this time it’s going down because there’s been more involvement with management and planning it out on how to do it. I’m take his word for it that it’s gonna start this year.

DX: What do you think you’ll name it?

DJ Premier: We joked around that we should call it Finally. I don’t know if that’s what it’s gonna be called but that’d be a dope title, you know what I’m saying? It’s not written in stone but Finally would be dope. [Laughs] You can quote me, but don’t quote me. 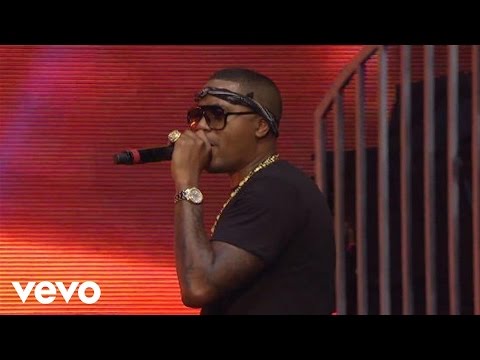 DX: [Laughs] Okay. What’s going on over at Sirius? A lot of people were worried that you wouldn’t be coming back on air.

DJ Premier: Well, you know, I’ve been off [air] for almost four months we had some contract issues and you know, there’s always gonna be the “I’m not budging, I’m not budging,” on both ends and we finally came to a common ground. I just re-signed last week. I start back June 1st and I’m so excited. I missed it so much. That’s my baby. I missed the airtime, I love that’s it’s a Friday night, only 10 to midnight. I can still go out. In New York, things don’t start until one or two in the morning I can now leave at 12, after yapping with my boys, be out of there by 12:30. Go right out to a club and hang out and check the scene and still have pleasured everybody by breaking new records. I love breaking new artists and new music to show that there are so many avenues of hip hop besides what regular radio plays.