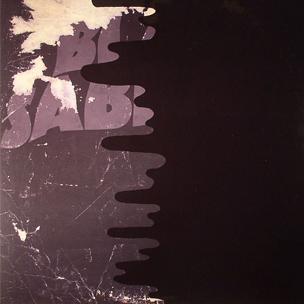 On his artist page for Los Angeles record label Stones Throw Records, there’s a picture of Madlib standing in a cluttered room of vinyl and production equipment. The albums are all over the floor and stacked on top of each other. The composer is in the middle, his brow furrowed as he surveys the scattered mess. For most, it’s the most symbolic representation of Madlib they’ve ever seen.

You have to be very patient, or have A.D.D., to fully appreciate Madlib’s fidgety blend of psychedelic music. For years, the California producer has made patchwork recordings that play like voluminous blunt sessions, filled with all the messy drums and random vocal samples he can muster. It’s why Madvilliany—Madlib’s collaborative album with MF DOOM—was so incredible, and why Yasiin Bey—then known as Mos Def—swiped a bunch of Madlib’s beats for his 2009 album, The Ecstatic. Born Otis Jackson Jr., the composer draws sonic influences from Africa, India and the catalog of iconic Jazz label Blue Note Records. Most recently, Madlib’s production work on Piñata offered a menacing canvas for Freddie Gibbs’ razor-sharp verses. Madlib and Gibbs was an unlikely pair, though much like the producer’s solo work, Piñata proved that Madlib doesn’t follow formulas. He sounds best when the soundscape is completely out of whack.

That was the case for Madlib’s Rock Konducta Pt. 1 released in December, 2013. There was no track list and no major singles. On the cover art, a plain two-toned design and a simple word: “Beats.” That’s the best way to consume Madlib’s work after all. His songs barely breeze past one minute and each track flows directly into the next. That certainly makes for a jaunty listen, even if you can’t always comprehend his vision as the album plays. Madlib’s aesthetic is noise, which makes his Rock Konducta series a perfect fit for his own self-indulgence. Rock music is an anything-goes genre and Madlib is an anything-goes musician. Some of his beats are distorted loops of the original sample; others are chopped and mangled into Madlib’s distinctive West Coast Funk. Perhaps on purpose, there weren’t many standouts on Rock Konducta Pt. 1, which made it feel like one continuous beat tape. Sure, Pt. 1 scans as “Rock,” but it’s largely a rap recording with Rock-N-Roll sprinkled throughout.

On Rock Konducta Pt. 2—which pulls from German Krautrock and Spanish Progressive Rock, among other subgenres—Madlib gets further away from the Rock motif, which doesn’t make sense given the series theme, but it’s still an enjoyable compilation of edgy instrumentals and dusty drum breaks. And while Pt. 1 jumped head-on into the proceedings, Pt. 2 is aerial, meticulous and takes a little longer to rev up. The rhythms don’t hit as hard as those on Pt. 1, which makes the new work more accessible than its predecessor. It doesn’t grab you until midway through—which, for a Madlib recording, won’t take long to reach given the long track list.

For the most part, Rock Konducta Pt. 2 leans toward brassy soul and feels like the soundtrack of a modern Blaxploitation flick. “Black Dreams (Sludge Fight)” is perhaps the best example, with its stampeding drums and looping guitar riff. But of course, as soon as you get into it, Madlib cuts the instrumental and moves onto something else. No surprise there. “Track 19” (he wants you to make up your own song titles) is another standout, as a layered fusion of synthesized Afro-beat. In the end, Rock Konducta Pt. 2 doesn’t have the immediate impact of Pt. 1, but it’s still rewarding. Much like his other output, Pt. 2 shows that Madlib has never lost his love of crate digging, even after the countless projects he’s released over the years. He’s still ambitious, just as restless and refuses to clean up his sound. Or his room for that matter.