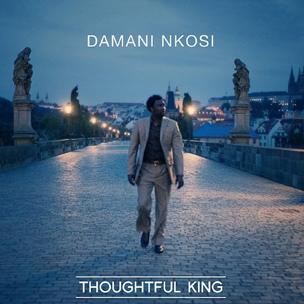 Damani Nkosi’s Thoughtful King opens with his father explaining how he picked his son’s name from African naming book—opting for a moniker originating from Yoruba as opposed to what he called, “that European nonsense.” It’s a fitting way to begin a somewhat unorthodox project powered by a deceptively simple concept of sincere lyrics matched with quality production. The trio of Warryn “Baby Dubb” Campbell, Ricky Lewis and Jairus Mosey supply the latter, which is consistently soulful and melodic.

Dating back to his most visible mainstream moment alongside Kurupt and Soopafly on 2001’s Space Boogie: Smoke Odyssey, Damani’s effectiveness has always been rooted in a deliberate flow that was endearing without being simple or overly wordy. Whereas his subsequent Dubb Union days were highlighted by boasts peppered with humor about pleasuring your girl, he’s repurposed the same smooth delivery with a noticeable change in subject matter. As its title implies, Thoughtful King is centered on the principles of personal growth and reflection. The messages don’t come across as heavy-handed or evangelical (even when referencing the biblical Saul of Tarsus), because Damani opts to apply the lessons to his own life as opposed to forcing “conscious” Raps upon the listener. He comfortably shifts into storytelling mode with “On My Way To Inglewood” and “Through Me,” hinting at a skill set that was likely underutilized as a role player among the post-Death Row Dogg Pound affiliates.

“The dro feels the air / Depressed and found comfort as a player, yeah that was me pitiful / Prideful young minded, blinded by the allure of a whore / Wildin’ on tour / I had a couple dollars, but my spirit was poor,” Damani rhymes on “A Man.” It fits the general tenor of the album with a vibe that is autobiographical and vulnerable without being weak or effeminate.

Gospel, Soul, and Funk heavily inspired Death Row’s peak material—complete with note bending vocals, live instrumentation and lush melodies—even as vocalists like the late Nate Dogg were harmonizing about not giving a fuck and bitches not being shit. You can still pick out those influences, such as the interpolation of El De Barge’s “Love Me In A Special Way” (“Now That’s Love”), but the gangsta edges have smoothed by the combination of varied subject matter and international influences from Russia, Prague and France. There’s even a modern interpretation of Marcos Valle’s “Samba de Verão” (“So Nice”). All of the above are seamlessly weaved together by the album’s producers, who collectively boast multiple Grammy awards and nominations.

Damani’s last notable release, 2010’s free album, Vacation From Vacation came and went with little fanfare. And in a frustratingly crowded marketplace, Thoughtful King could share a similar fate. That would be a shame, as the Inglewood, California product has crafted a uniquely excellent album steeped in the principles of Hip Hop. It’s accessible to practically any audience yet compromises nothing. When conversations arise about 2014’s best albums, listeners may very well join Mr. Washington in bringing up his son’s name.

Thoughtful King is available for stream at DJBooth.net.