Childish Gambino - Because The Internet 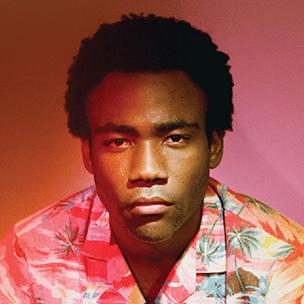 Childish Gambino used to wonder where he fit in. Raised in Stone Mountain, Georgia, he claims on his 2011 debut Camp that he used to get called “Oreo” and “faggot.” He also raps that he sounds weird, not to refer to his persistently prepubescent squeak, but “like nigga with a hard ‘r.'” Yet another line points to his short-shorts and jokes, although in retrospect, he could have clarified that particular punchline: Did he mean his NPR-referencing one-ups (“Terry Gross on the mic, I’m the Talk of the Nation?”) or his stint as the only “cool young person” of “30 Rock’s” writers?

But he won’t, not anytime soon. Now, he raps because he has quit his day job at NBC’s “Community.” He raps because, well, he can. Most of all, in his ambitious second album Because The Internet, he raps as if to pass the time. Anxious introverts may recognize what Childish Gambino does here, repeatedly: flit around, try to be sociable, but then flee. Childish Gambino still manages to mostly hold our attention, though, because he concerns himself instead with his own terms.

He had introduced himself exhaustively in Camp, filling every second with some autobiographical detail, question about blackness or brash cultural reference (“Something crazy and Asian / Virginia Tech”), as if worried that people just won’t get him. Now he comes and goes as he pleases. Windshield wipers swish back and forth. Power 106 cues up a song by Lloyd, prompting a sing-along-turned-realization that, unlike this girl he’s seeing, he can’t imagine settling down in Oakland. He sits at a piano, playing but failing to drown out the laughter from another room. Fans of Frank Ocean’s open-air channel ORANGE can appreciate how producer-in-crime, Ludwig Göransson helps Childish Gambino slip from one quick thought to another, without warning and worrying about pleasantries.

Others, though, may feel frustrated by Childish Gambino’s choices, where he chooses to escape from where he chooses to dwell. His squeak may resurface when he concentrates on spitting, particularly during the album’s most visceral songs, ones that sound inspired by A$AP Rocky (“WORLDSTAR”), Cruel Summer (“Sweatpants,” featuring Problem) and Yeezus (“No Exit”). But he’s also sharpened the ways that he touts himself—the toying with rhyme patterns, the tinkering with his rhythms, the un-sexy pop culture tidbits like “Clarissa Explains It All” references—to the point where, when an all-male crowd crows as if engrossed in a Rap Game Gladiator, the excitement feels justified.

Or, as he wanders into the 10-minute stretch of “Flight Of The Navigator” and “Zealots Of Stockholm,” this acoustic meandering and grimy wriggle out, Because The Internet slows to a dull crawl. By then depression had poked through, in lines-turned-asides about failed relationships (“Shadows”), loneliness (“3005”) and insomnia (“No Exit”). But here, it fully sinks in like those Residence Inn notes did on his Instagram profile, the ones that say, “I am afraid of the future,” only not as articulate. Childish Gambino gives in; to those who only take their Rap music as self-assured and hyped-up and motivated, it may feel like he gives up. But hey, he knows that he didn’t ask for your opinion.