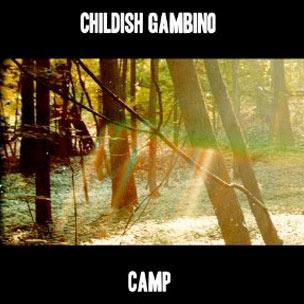 Nearly 17 years ago, an agitated Notorious B.I.G. quipped, “Ain’t no other kings in this Rap game they siblings / Nothing but my children…” For the most part, those bars still ring true as the majority of Hip Hop’s aspiring heirs to the throne—Jay-Z, Nas, 50 Cent, Rick Ross—have used the template of the prodigious drug dealer convinced to reluctantly start a Hip Hop career. Now, in a similar turn, the post-2004 ascendancy of Kanye West has the market oversaturated with young and marketable yet pensive rappers like J. Cole, B.o.B and Kid Cudi that are embraced by the block, the burbs and the charts.

It’s within this pantheon of commercially viable, emotionally driven, Misfit Rap that Donald Glover (aka Childish Gambino) adds the title of emcee to his growing list of credits as an actor, stand up comic and writer. After some buzzworthy mixtapes, Glover uses his proper debut, Camp, to both embrace his fellow misfits (be they racial, socioeconomic or otherwise) and offer a more cohesive vehicle to showcase his rhyming chops. Glover addresses race, specifically the black experience, early and often. The problem with talking about race in Hip Hop is that few artists outside of the Native Tongues collective have mastered the art of subtlety. Glover hasn’t yet either, and that works both for and against him on Camp.

To his credit, Childish Gambino deftly mines his upbringing to offer jarring cultural commentary currently lacking from most of mainstream Hip Hop’s landscape. You can always count on dead prez or Immortal Technique to address this kind of subject matter. But Gambino finds his niche by appealing to a mainstream crowd and being sensitive yet palatable…if you’re into that sort of thing. When he kicks off “Outside” by talking about his mother getting robbed while working at a fried chicken restaurant so he could attend a better school, you may have to ask, “Oh shit, is this really Troy from ‘Community?’”

When Glover isn’t throwing a lifeline to outcasts everywhere, he’s offering the standard, B-Boy braggadocio—something he’s surprisingly good at. He manipulates internal rhyme patterns, cadence and syllables like an emcee that actually enjoys putting words together. And that makes sense, considering he used to push his pen as a writer for NBC’s “30 Rock.” Given the heavy dose of self-deprecation and his flair for the theatrical, he actually has more in common with Eminem than another actor-turned-rapper like Drake. True to its title, there are moments on the album that are down right campy. These include the outro, which is a spoken-word piece using camp as theme to explain the Childish Gambino approach to Hip Hop.

Ultimately, some of Camp’s assets double as the album’s flaws. While too many of the new, sensitive mixtape titans confuse depth with rhyming about how they feel about having feelings, Glover has some great subject matter and pairs it with a superior delivery. But he often hurts his own cause because the album’s glaring flaw is that Glover paints with palette that’s limited to two choices—hashtag shit talking and autobiographic rhymes. At certain spots you hope for a middle ground between Glover pouring out his soul and talking about and face-fucking backpacking critics. There are times, when the production is a bit too synth-pop, but given his target demographic, one wouldn’t expect Glover to load up on Lex Luger beats. Like many from Hip Hop’s current under-25 class, Golden Era vets will be turned off by the emotional over sharing. Camp can easily compete with Take Care or Cole World: The Sideline Story on the angst-o-meter.

While the album doesn’t necessarily reinvent the wheel, those with mainstream sensibilities that like metaphor-heavy rhymes with a strong dose of social commentary will be pleasantly surprised. Glover’s debut mirrors its creator by offering a mix of depth, humor topical pop culture fare. 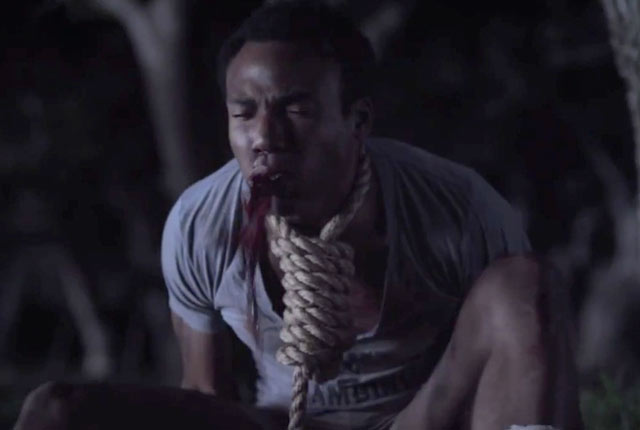