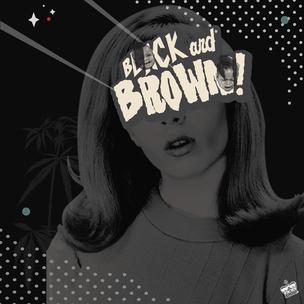 Even with the extensive coverage HipHopDX gives to artists big and small, there inevitably will be projects that get missed in our reviews section. With that said, here is our list of ten albums that caught our ears for 2011 that didn’t get the review treatment.

In order by release date

With Kendrick Lamar now bumping shoulders with the likes of Dr. Dre, and Jay Rock carrying the streets on his back, it’s important to remember the seminal characters that have been there for their respective journeys. Schoolboy Q sets this tone thoroughly on Setbacks, showcasing his lyrical abilities as if he was the next in line to blow up. From his vivid delivery (“Kamikaze,” “Cycle”) to the laid back vibes (“#BETiGOTSUMWEED,” “Druggys Wit Hoes”), Q raps with a settling confidence that permeates like a firm drag off a blunt. Trading in the explicit dialogue on “Fantasy,” his hazy aroma expands to the bedroom with Jhene Aiko sweetening the allure. In due time, Schoolboy Q will reap the benefits of his position, and when that day comes, there will hopefully be no setbacks in sight.

Action Bronson’s recipe for success is pretty straightforward on Dr. Lecter; a harkening back to ‘90s Hip Hop filled with break beats that appropriately settle in, a knowledge for food references scattered throughout, and a hunger (no pun intended) over the microphone that has caught the ears of many reputable artists within the community. With each of the 15 records clocking in around three minutes, Dr. Lecter moves fluidly as Bronson guides the pace with a tenacious flow and a spirited demeanor that matches some of the track titles and lyricism (“Get Off My P.P.,” “Buddy Guy”). As he playfully contemplates weight loss on “Ronnie Colemon,” you get the genuine feeling that Action Bronson is a colorful character beyond the music, which makes him and Dr. Lecter that much more appealing.

Consider Ab-Soul the free-thinking spirit of the Black Hippy collective, with Longterm Mentality opening a window into his observational style of lyricism. As would be expected, collaborations with Kendrick Lamar and Schoolboy Q rise to the top (“Moscato,” “Hell Yeah”), however it’s his abstract view that should gain the most notice. Take for instance “More Of A Euphoria,” where he takes a “man in the mirror” stance over a pressing melody. Then on “Picture That,” Soul imagines a world with limitless possibilities while spacey production carries him to the moon. Balance that out with a fiery delivery (“T.D.U.D.”) and clever wordplay (“If I could own your attention for at least a minute / You’ll gain so much wisdom you’ll need to see a dentist”), and it’s clear Ab-Soul’s inclusion within the group comes at no cost of ability.

The title for Wiley’s album is not only indicative of the sentiment that many artists feel toward the ownership of their music, but it also touches on the issue of integrity. As the head writer, producer and engineer of 100% Publishing, the UK emcee dictates the direction of his release to satisfying results. Over grime and synth-infused sound scapes, Wiley transitions from practical and introspective tunes (“Talk About Life,” “Wise Man And His Wise Words”) to records set for night life (“Numbers In Action,” “Boom Boom Da Na”), all the while keeping his message clear throughout. “I Just Woke Up” may lack a bit of focus and “Yonge Street (1,178 Miles Long)” gets repetitive near the end, but other than that 100% Publishing is a solid effort that should aid Wiley’s stateside exposure.

When Black Milk and Danny Brown teamed up for “Black & Brown”

off Album Of The Year, it was clear the two Detroit artists sparked a chemistry that required further exploration. Their collaborative project Black & Brown and its unconventional approach may surprise some; however, it likewise leaves a striking foundation. With a haphazard delivery, Brown blazes through Black Milk’s distinctive production, emphasizing an inclination for lascivious metaphors (“Dada,” “Jordan VII”) and a vexed outlook on life (“Wake Up,” “Zap”). Similar to his mixtape “XXX,” Brown’s performance comes off as moody, sincere and outright captivating. At 22 and a half minutes, Black & Brown admittedly could have been longer, but that’s beside the point. Give any other producer/rapper combo that amount of time, and what they could construct would only be a slice of what’s served up here.

M.E.D. has had a strong affiliation with producer Madlib for some time now, yet their earlier interactions had the Beat Konducta pulling most of the weight in the relationship (i.e. Push Comes To Shove). With time comes growth, and M.E.D.’s latest effort Classic displays a more polished emcee aware of his role. Whether he’s cruising through his city on “Where I’m From” alongside Aloe Blacc or finding the right position on “Jwf,” M.E.D.’s flow sounds right at ease. Taking a more socio-political route with “Blaxican,” he insightfully discusses historical events that have shaped his character. The album does falter at times with features (“Roll Out,” “Get That”) as well as when M.E.D.’s lyrics depend too much on weed talk (“Medical Card”). With that said, M.E.D. and Madlib make for a great team on Classic, an assurance that should bode well for his future.

The term “throwback” could easily be tossed around when discussing Has-Lo and his re-envisioned Conversation B project. Built on varying production from over a dozen distinguished beat smiths (Exile, J-Zone and Kev Brown to name a few), Conversation B takes you back to instances in Has-Lo’s life that have stuck with him to this day (“Maxell UR,” “Retro Chic”) with the melodies fitting the storyline. However, this subtle ambience from the Philadelphia emcee is only a portion of his message. Turn to tracks like “Forty Days” and “Lies That Sound True” and its evident his lyrics speak beyond nostalgia. Not only establishing the capacity to switch narratives, Has-Lo also raps with a cold, nonchalant flow (“In The Hands Of Fate”) that would keep you interested if the topic was skin care. Hindsight being 20/20, you can miss Has-Lo with the “throwback” branding; his conversation is still being revealed.

Therapy At 3 by Eligh & Amp Live

Therapy through music is by no means a new trend, however Eligh of the Living Legends has certainly been a purveyor of this particular practice. Taking a personal approach, Therapy At 3 becomes an unpredictable journey into Eligh’s psyche, with Amp Live composing the themed backdrops. As the album unfolds, Eligh matches Amp’s firm production with tales of misery (“L.A. Dreamers”), celestial experiences (“Guides”) and new, less harmful addictions (“Tattoo Song”) than in his past. The album’s most memorable performance comes on “Devil’s Medicine,” where Eligh professes an ongoing dependency on cigarettes with angst (“Guess what? I’m a slut / For the nicotine and butts / I ash it then smash it then light another one / Not a chain smoker yet / But I bet my lungs are blacker than the bottom of a trench”). This brutal honesty makes Therapy At 3 a session worth taking.

Occasion by Kidz In The Hall

Kidz In The Hall have slowly been making a transition to a more pop-oriented style ever since their 2006 debut School Was My Hustle, with last years’ release Land Of Make Believe unfortunately exhibiting only a shadow of their talent. While still present on their newest release Occasion, Double-O and Naledge are starting to find the right balance between the two shades. This is evident on “That Good,” where Double-O’s sleek production turns the record into a dedicated ode to a significant other. There’s no shortage of success in the feature department either, with certifiable emcees Bun B, Tabi Bonney and Freddie Gibbs holding down their end of the bargain. The latter guest arguably takes verse of the album on “Player Of The Century,” a southern jaunt heavily influenced by drink and dro. Filled with blissfulness, “I Swear” starts off with Naledge explaining to his partner, “I love when you take it here man; it’s so easy for me.” Kidz In The Hall would be wise to keep it there.

You’d be remiss to believe M.O.P. have represented anything but hard-nosed East Coast rap, and Sparta plays right into their blueprint of aggressive lyrical content. Tracks like “Back At It” and “Break ‘Em” uphold this rugged demeanor, while “Rollin” could be used as background mood music for a drive-by. Fully backed by Snowgoons on the production side, Lil Fame best classifies their style as “gorilla in the trunk shit,” and time after time the German clique churn out beats like it was 1993. No single track on Sparta stands out from the rest, though “Hard Niggaz” does find Billy Danze and Lil Fame in pristine attack formation as the latter member raps, “They say jealousy is a serious disease / So I’mma say a prayer for you dudes / Hope you motherfuckers get well soon.” Fuck 300, all they need is an army of two.