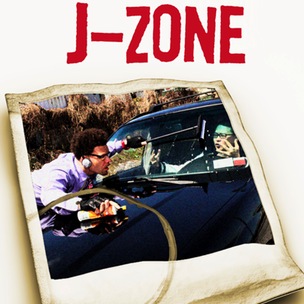 Book Review: "Root For The Villain" By J-Zone

Jay-Z, Master P and Too $hort aside, rappers don’t typically retire. They just lose their deals, stop going to the studio and wait for the Vh1 Hip Hop Honors to hopefully include them one day. Admitting that the most he’s ever sold was 12,000 units, it felt a bit odd years ago when Queens emcee J-Zone announced his retirement (from releasing records and rapping; he does still produce). Jay was part of the late ’90s New York City underground Hip Hop class – the same one that delivered Talib Kweli and East Flatbush Project, and revived careers for the likes of MF DOOM and Freddie Foxxx. In a climate of “adapt or die,” J-Zone refused to budge. At its best it led to international touring and meeting childhood heroes. At its worst, it led to unpaid invoices for beats, phony handshakes and a broken spirit. Root For The Villain captures this struggle with an unflinching, self-published memoir. J-Zone has the courage to tell the reader how he J.O.’d to Ice-T‘s first wife, as well as how a respected Indie Rap entrepreneur played him.

As one of the back-cover praises says, J-Zone knows more about Hip Hop than 99.9% of people out there. As one himself, Jay studied underdogs, and chronicles their work and with supreme analysis, from Threat and YGz to Mob Style and Audio Two. The book beautifully captures how J-Zone discovered Hip Hop through a childhood love of record-digging. Transcending fandom, Zone’s writing highlights family, being an isolated outcast and the social climate of ’80s and early-’90s New York City. A rapper who often scoffed at curious questions about his own race delves into the subject, through talking about his grandparents and through Hip Hop.

Although the last third of Root For The Villain is a collection of insightful essays, the book is really a maxi-memoir (to use cassette language). Of that late ’90s class of DIY emcees, J-Zone is the first with a book. He writes about the determination to record in a studio, missing his prom to assist Slick Rick hit-maker Vance Wright, and cutting cassette J-cards of Music For Tu Madre while lane-changing on a work-commute. Regardless of whether you like J-Zone’s music, or even cared enough to like it, the book is a hallmark to the work-ethic and attitude often lost in Hip Hop today. For a decade, J-Zone earned his living as a rapper. However, he never wanted to rap. He just couldn’t find emcees to rhyme on his college senior project. In turn, J-Zone toured the world on multiple occasions, turned down an Atlantic Records deal, and produced for Lonely Island. Still, he stamps himself a failure in the field. Although it’s curmudgeon tone and incessant irreverence makes for a great read, there’s honesty in all of the producer’s words. While there’s definitely a constant Andy Rooney, “kids these days” tone in J-Zone’s work, this book has more to offer an aspiring “blog rapper” than Full Sail Recording classes. They may be the reason J-Zone felt boxed out and discouraged with the industry, but this book is for them.

Beyond just self-rapper-help, Root For The Villain is a phenomenal read. It makes Hip Hop fun again, and very tangible at a time when most of it happens on computer screens and in iPods. J-Zone may very well be a better writer than he ever was a rapper, as in both fields he has a masterful balance of blunt truth and outrageous mockery. For instance, after a bout with professional depression and recluse, J-Zone recalls Fat Beats notifying him that thousands of his unsold CDs were going to be melted, and offered them to him instead. This is a sad recollection, brutal for any artist. With tongue-in-cheek humor, J-Zone explains his decision. This is a Hip Hop’s Navin R. Johnson story, and just as compelling, with just as promising an end.

It’s easy to forget the artist in Hip Hop. Like larger societies, the top percentile has what the other 99 seek: appreciation, wealth, stardom, resources. J-Zone’s accounts show what happens when things don’t work out, and dreams equate to a few highlights and a lot of letdowns. However, with its powerful commentary on New York, online dating, flash-in-the-pan rappers, and the deepest experience a fan or artist can seem to search for, it’s not a depressing read. This is inspiring, and while J-Zone vows to never touch the mic again or rock a stage, he has absolutely proved himself with one of the best and most sincere autobiographies Hip Hop has ever witnessed. While many critics and fans always claimed to struggle to identify with J-Zone’s world of hookers, onion rings and tampon theft on records, with text, he’s an eloquent Rap genius we can all relate to.

Purchase Root For The Villain: Rap, Bull$hit, and a Celebration of Failure by J-Zone