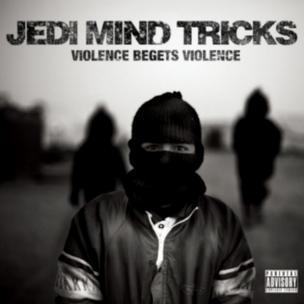 This is new territory for the Jedi Mind Tricks. With Violence Begets Violence, the veteran collective is releasing its first album without production from Stoupe the Enemy of Mankind, a move that has left some supporters understandably skeptical. Longtime collaborator Jus Allah has also rejoined the group after years of being absent. Amid all of these changes, the group has promised that fans need not worry, noting that this effort will keep the essence of JMT alive. Still, the questions surrounding this disc are legitimate and the final results are mixed.

Lyrically, the Jedi Mind Tricks offer little variety. It’s not that they aren’t technically sound. They are often skillful, delivering multisyllabic rhyme schemes on every cut as usual. However, they offer little variety in subject matter, diluting some songs and showing a lack of balance. From the opening lines of “Burning the Mirror,” the album is filled with shock rhymes of violence, homophobia and hate. “I write ignorance on loose leaf,” Paz explains on the opener. For some, this will be a welcome return to form. However, for others, this may be too forgettable, particularly with some of the lines that miss their mark (“I meet a bitch, I don’t sweat her [sweater]. This ain’t a Christmas party”). The rage filled rants can become monotonous as the album wears on but some longtime fans will be satisfied with the angst-fueled vocals. Even those longtime supporters will note that where JMT has succeeded in the past with concepts and depth (see “Uncommon Valor” or “Razorblade Salvation”), this album is missing some of those elements, often sounding more like a series of irate freestyles compiled over several disjointed instrumentals.

It’s with these instrumentals that the album loses more focus. Despite their statements to the contrary, Stoupe’s departure seemingly left a void that was difficult to fill. That is not to discredit the work of the producers brought forth to work the boards. For instance, “Fuck Ya Life” proves effective with Prodigy’s vocal sample bringing the track home. The haunting sound of “When Crows Descend Upon You”

is also an appropriate canvas for Paz and Jus. However, one listen to the Reggae inspired “Chalice” proves that the musical direction of the album was sometimes misguided. Other songs, like “Carnival of Souls” seem to come out of left field, highlighting the fact that the disc lacks cohesion.

Violence Begets Violence may not draw too many new fans in, but it will serve to satisfy longtime supporters. After more than a decade in the game carving out their own lane, The Mind Tricks have a following that will appreciate much of the horrorcore sound and the hate-filled rhetoric, though that will certainly not suit all. On the other hand, a slew of those same longtime supporters will be disillusioned by the loss of Stoupe and the lack of conceptual strength in the lyrics from Paz and Jus. This album proves that while the group may be walking on new territory, at least part of the JMT essence is still present. 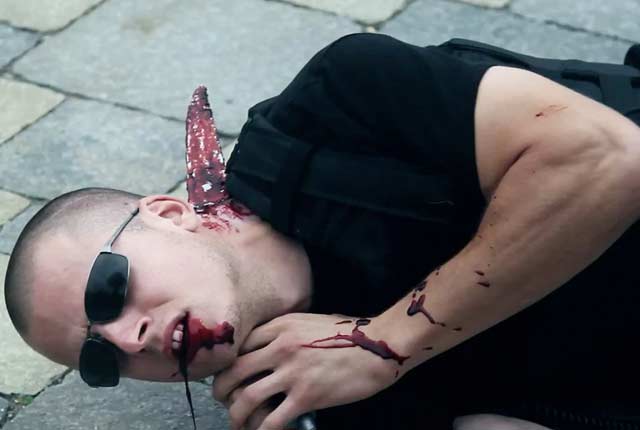