Pharoahe Monch - W.A.R. (We Are Renegades) 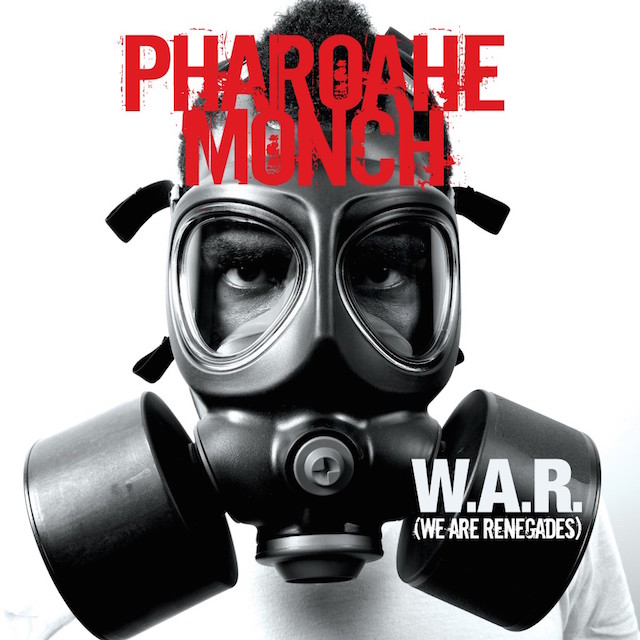 When it comes to the art of emceeing, few operate on the same plane as Pharoahe Monch. Disappointingly, Monch has only found the time to release two albums since his undisputed classic solo debut, 1999’s Internal Affairs. Whether the blame ought to be leveled at an uncleared sample or any number of possible reasons, the pertinent matter is that Pharoahe has returned with W.A.R. (We Are Renegades), his first release since 2007’s Desire .

W.A.R. begins with “The Warning,” a brief introductory skit that sets the tone for the album’s mood and themes. An unabashed comic book nerd and sci-fi fan, Monch is at home when affixing his rhymes within worlds that Stan Lee and George Orwell may have imagined. Accordingly, “Calculated Amalgamation” features futuristic rhymes over grandiose synths and guitar riffs. On “Evolve,” Pharoahe briefly addresses a condition that makes his lyrical acrobatics all the more impressive: “Pardon if it sounds a little wheezy / Not Wayne, motharfuckas, I got asthma – it ain’t easy / Shotgun lyrical, cock back, squeeze me / Women case my anatomy, touch me, tease me / Please seize the moment in a struggle against Lucifer / Renegade 13, the executioner / Spit with a crucifix / So you can expect a rant from Pharoahe Monch like Mucinex.”

The album’s title track is a bit haphazard, and is enjoyable depending on whether one is interested in hearing Immortal Technique puff out his chest and roar through the chorus. “Let My People Go” hits hard with an incredibly satisfying organ loop, and equally-pleasing sentiments (“If ya’ll are telling me today’s music is suitable / And appealing, I’m telling you – the feelings are not mutual”). But perhaps the gem of the release is “Shine”

. The minimalist xylophone gives Pharoahe maximum flexibility to kick rhymes laced with double entendres to which even Jay-Z would have to defer, and songstress Mela Machinko blesses the cut with an incredibly soulful chorus. Not to be forgotten, however, is “Assassins”

, which features a dream team consisting of Monch, Jean Grae and Royce Da 5’9″. Fans will have to keep their fingers on the rewind button for this one as they debate which emcee delivers the best verse.

The lone disappointment with regard to W.A.R. is unquestionably the production. It’s extremely perplexing, given the demonstrated ear for production Monch has shown in the past, having recorded with producers such as The Alchemist, DJ Scratch, Mr. Porter and Black Milk – to say nothing of Monch’s own considerable production abilities. While Exile (“Evolve”), Marco Polo (“W.A.R.”), and Diamond D (“Shine”) make admirable contributions to the project, relative newcomer M-Phazes fails to particularly distinguish himself. The percussion on both “Clap” and “Assassins,” for example, fails to approach the ferocity of the rhymes accompanying them. Fortunately, soulful offerings like the oh-so-smooth “Black Hand Side,” with its well-timed horns and strings, helps the listener forget these transgressions – though not completely.

Full of political and social commentary, Pharoahe’s W.A.R.-time performance will leave fans hoping he continues his trend of cutting the wait time between albums in half.