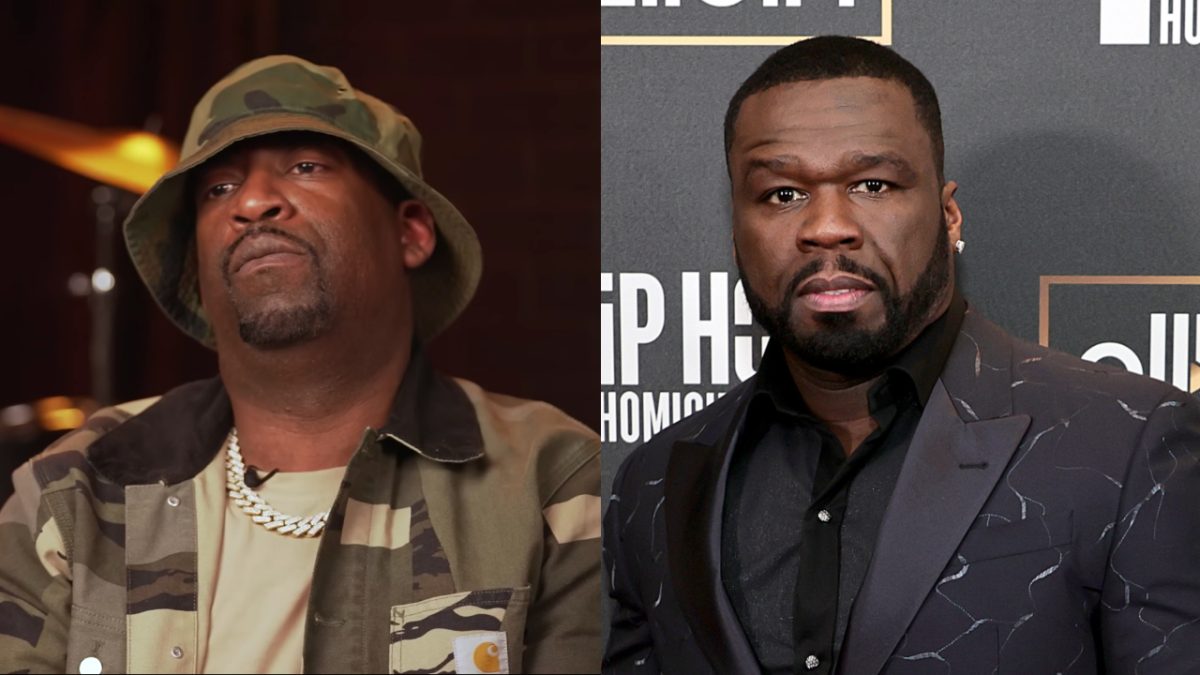 Tony Yayo Details Jimmy Henchman's Failed 50 Cent Murder Plot: 'We Had God On Our Side'

Tony Yayo has revisited one of Hip Hop’s ugliest beefs, sharing details about how deep the feud between 50 Cent and Jimmy Henchmen really went.

The very public feud between Fif’s G-Unit camp and record executive James “Jimmy Henchman” Rosemond all began in 2005 when 50 Cent publicly dumped The Game from his label live on air on Hot 97. The Game was managed by Rosemond at the time, who went to speak to 50 Cent personally at the New York radio station. A disagreement ensued, shots reportedly rang out, and several acts of violence ensued in the years ahead.

Another notable escalation occurred in 2007 when Rosemond’s 14-year-old son was jumped by Tony Yayo and “Lodi Mack” Fletcher. From there, Rosemond would become progressively more violent, and Yayo said things came to a head while 50 Cent and Akon were filming the music video for their 2007 single “I’ll Still Kill.”

“On the paperwork, Henchman and them were supposed to come through but I guess their gun jammed, but we had God on our side,” Yayo told Vlad TV. “And they backed out on the hit, but we had straps too, and that was really it.”

Vlad then asked if Henchman’s people had silencers, and Yayo agreed and said all of what he was saying was listed in a report that was all available online, though DX couldn’t independently verify that claim.

“Nobody seen them, they so-called was following a car. I don’t know which car ’cause it was like three or four different cars,” Yayo said. “If you woulda shot I’m quite sure somebody would have shot back but you got a silencer so that probably give you the up, but I guess they didn’t know how to handle the weapon or something like that.

Yayo went on to say moments like these are why he never glorifies street dealings. “All of [Henchmen’s] people told on him,” Yayo said. “People glorify the street shit and … nah, the best thing is to make your money and get out the streets. Fly the world, live your life, take care of your kids, take care of your girl. Whatever you have going on, take care of yourself. Because at the end of the day all his shooters told on him.”

In 2011, Jimmy Henchman was was convicted in Federal District Court in Brooklyn of running a cocaine ring that pulled in $11 million a year.

He was also found guilty of hiring men to kill G-Unit associate Fletcher in 2017. Henchman’s original trial resulted in a hung jury but he was ultimately convicted of murder-for-hire in 2014 and sentenced to life in prison the following year for orchestrating Fletcher’s death in 2009. In 2016, a judge ruled that there should be new trial due to the second court case being unfair yet the end result was the same.

This is far from the first tumultuous story Tony Yayo has shared from his early days with G-Unit. But no matter what he and the rest of the crew got up to, Yayo credits 50 Cent with keeping him safe.

“You gotta kinda be smart, you have a n-gga like Fif around that help us survive a lot of shit,” Yayo said on the Only Way Out Podcast back in August. “Cause he’ll be like, ‘Yo, if you gotta bring a gun, why the fuck you going? Just go party in my mansion I’m not even there. Just take over my mansion.”