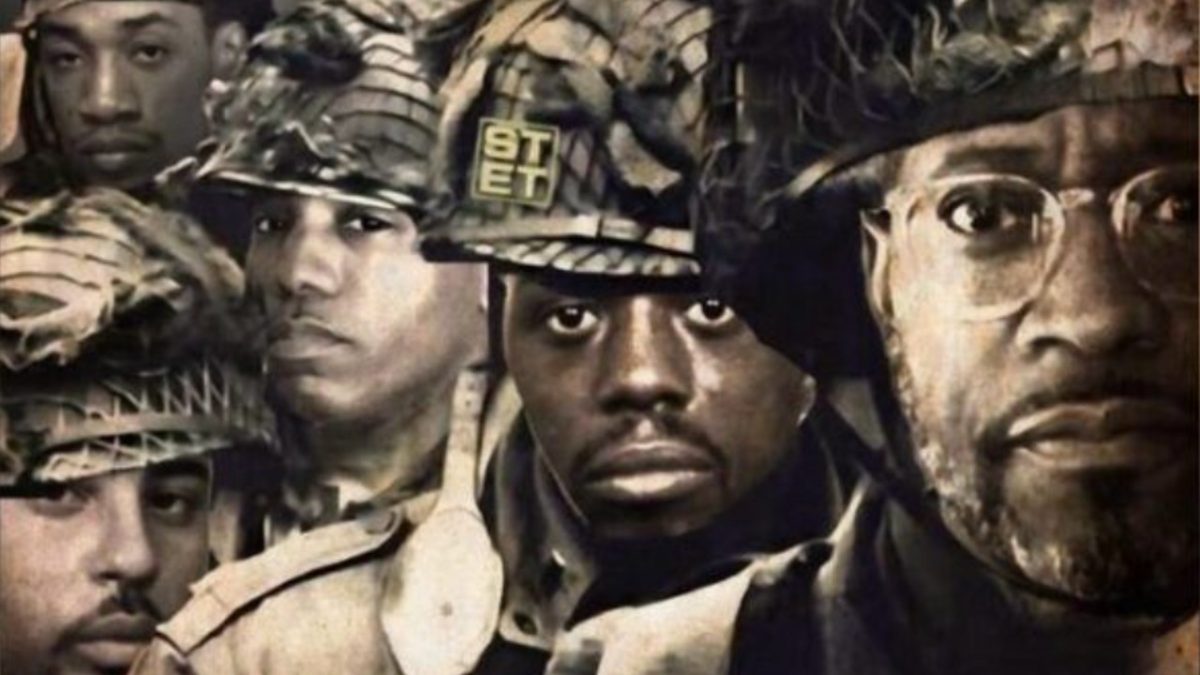 Stetsasonic have released a new song paying homage to the multitude of Hip Hop and R&B stars who have died or been killed over the years.

The new song, “Fallen Soldiers,” is rendered even more powerful by its official video, which combines photos of artists, producers and DJs including Biz Markie, DJ Kay Slay, Left Eye, and Sean Price, with archival footage of performances and interviews by Heavy D, 2Pac and Biggie, and J Dilla.

In a statement, group member Daddy-O explained that one recent loss in particular inspired the heartfelt track.

“The record was initially inspired by the passing of our fallen brother Coolio,” he said. “However, as we started recording, the record took [on] a life of its own.”

Through both the song and video, Stetsasonic make it a point to place as much emphasis on their fallen peers as the artists who emerged long after the Brooklyn legends stepped on the scene. As such, the song goes from mentioning Scott La Rock’s shooting death in 1987 to that of TakeOff earlier this month.

Those who are not explicitly mentioned in the song — like Big L and Proof — are memorialized through the inclusion of their photos. Stetsasonic also make use of Black Rob, Buff Love and DMX’s unmistakable vocals.

The song closes out with a roll call including Soulja Slim, Mac Dre and MF Doom, to name a few.

Best known for his hit singles “Gangsta’s Paradise” and “Fantastic Voyage,” Coolio died at the age of 59 on September 28. Coolio’s manager Jarez confirmed the news to TMZ, revealing he died while visiting a friend.

Jarez said the Grammy Award-winner went to the bathroom but never returned. After the friend went to look for him, he discovered Coolio laying on the bathroom floor. Paramedics arrived minutes later and pronounced him dead at the scene. Jarez said paramedics believe he suffered a cardiac arrest, although no official cause of death has been released.

Coolio had major plans to close out the year prior to this death. He was on the verge of locking in a Las Vegas residency with Fan Rebellion — the production company behind the Hip Hop residency series Boombox! — where he was set to headline 10 shows at the Westgate Las Vegas Resort & Casino starting in late October and running through mid-November.

The Compton native was also preparing to bring his “Kwanzaa-bot” character back for Futurama‘s upcoming revival on Hulu, according to the show’s executive producer. With the late rapper’s lines and a few bars already recorded, the show will move forward with the return of Kwanzaa-bot and will dedicate the episode to Coolio.