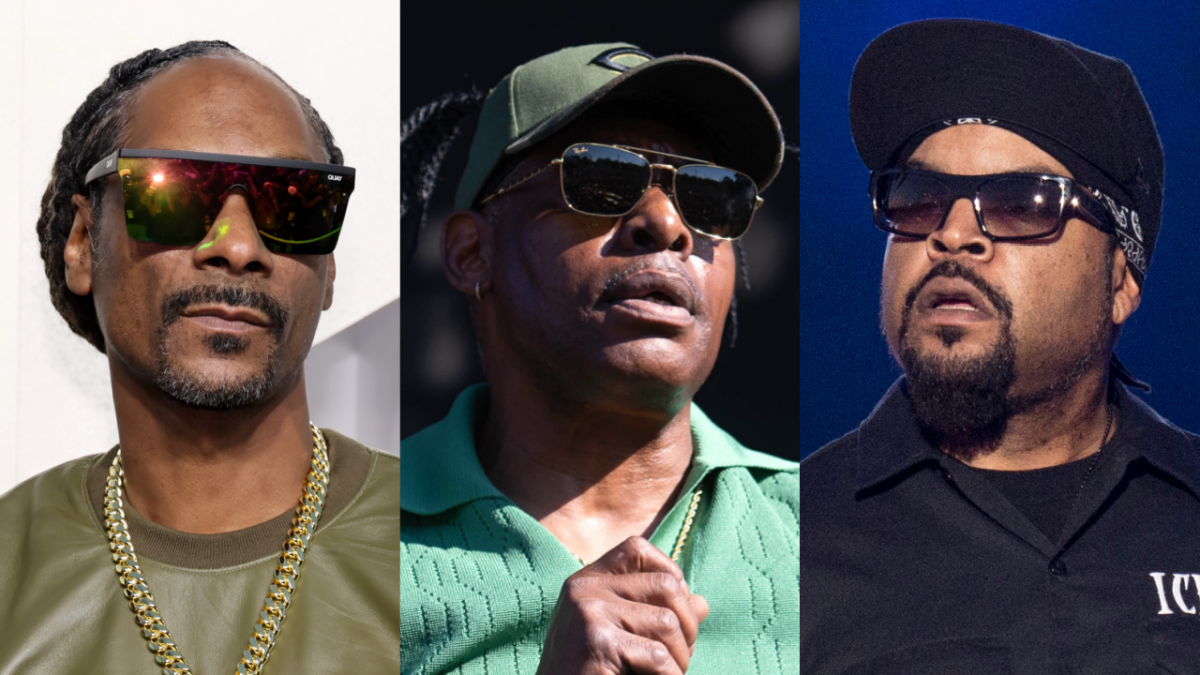 Coolio’s death has been met with an outpouring of tributes from across the Hip Hop community, with Snoop Dogg, Ice Cube, LL COOL J and many more paying their respects.

The Compton rapper — best known for ’90s hits like “Gangsta’s Paradise” and “Fantastic Voyage” — passed away due to a suspected cardiac arrest on Wednesday (September 28). He was 59 years old.

According to his longtime manager Jarez, Coolio (real name Artis Leon Ivey Jr.) was visiting a friend’s house on Wednesday afternoon and went to the bathroom, but never came back.

His friend went to check on him and eventually discovered Coolio laying on the bathroom floor. Paramedics were called to the house, but the Grammy-winner was pronounced dead on the scene.

As news of his sudden death spread, social media was flooded with tributes to Coolio, particularly from his fellow West Coast Hip Hop counterparts.

Snoop Dogg shared a photo of him and Coolio from their 2006 “Gangsta Walk” video on Instagram with the caption: “Gangstas paradise. R. I. P.”

Ice Cube mourned the “sad news” in a tweet, writing: “I witness first hand this man’s grind to the top of the industry. Rest In Peace.”

Fellow Cali rappers Ice-T, MC Hammer, Cypress Hill’s B-Real, Xzibit and Kurupt were among those who also proverbially poured one out for Coolio.

This is sad news. I witness first hand this man’s grind to the top of the industry. Rest In Peace @Coolio https://t.co/vCeyn08Vsi

“Rest in power my brother .@Coolio Love & Respect,” LL tweeted, while Chuck D reflected on filming the 1997 mockumentary Burn Hollywood Burn with Coolio. He also shared a drawing he did of the late Maad Circle member.

Also born on Aug 1st …Coolio was a ⁦@hiphopgods⁩ MC from LowProfile on up. We did a parody film Burn Hollywood Burn 1997 where I threw in acting because we sought the score & soundtrack. We were called the Brothers ⁦@Coolio⁩ had plenty funny real stories #RestInBeats pic.twitter.com/2y7BFBEG0M

Even those outside of Hip Hop paid their respects, a testament to how Coolio’s legacy transcended the rap world.

Michelle Pfieffer, who famously starred in Coolio’s “Gangsta’s Paradise” music video, expressed her sadness over his death and remembered the rapper’s “gracious” nature in a heartfelt Instagram post.

Kenan Thompson, whose Nickelodeon sitcom Kenan & Kel was soundtracked by the rapper, took to his Instagram Stories to react to the shocking news.

In Chicago, Coolio’s 1994 hit “Fantastic Voyage” rang out at Wrigley Field during the Chicago Cubs’ 4-2 victory over the Philadelphia Phillies on Wednesday night.

Meanwhile, fans have been spinning Coolio’s music in their numbers since his tragic passing, with “Gangsta’s Paradise” soaring to No. 1 on the U.S. iTunes Top Songs chart on Wednesday, according to Chart Data.

Check out more reactions to Coolio’s death below. HipHopDX sends our condolences to his friends and family.

Holly Shit!!! I was just talking to him 2 weeks ago! He was performing in Europe… This is so Fd up… https://t.co/gFWO6FDKUQ

Man not the homie Coolio!!?

TOO LEGENDARY OUT IN AUSTRALIA ?? HAD THE OPPORTUNITY TO ROCK THE STAGE WIT COOLIO #SIPG pic.twitter.com/fs5n7xL8GI