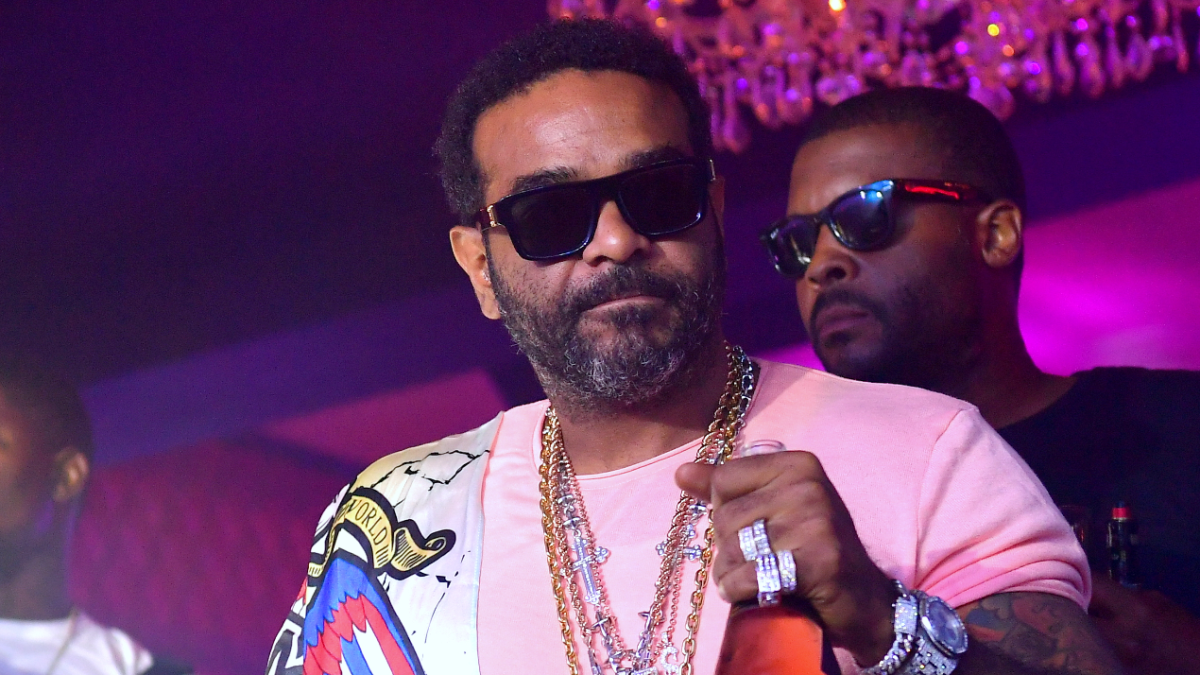 Jim Jones has once again spoken out against the violence that’s plaguing Hip Hop and claiming so many lives.

The Diplomats’ Capo sat down with XXL for a new series called Doin’ Lines, where participants have to fill in the blanks to 20 specific phrases. For the 17th entry, Jones wrote: “One change Hip Hop needs to make is stopping all the violence.”

This isn’t the first time Jim Jones has spoken out against violence in Hip Hop. During an interview with HipHopDX in June, Capo stood by comments he made in 2020 that being a rapper is “more dangerous” than being a solider. At the time, Jones was giving a response to Lil TJay being shot multiple times at a Chipotle restaurant in Edgewater, New Jersey.

“I stand on it,” Jones told DX. “We have more rappers getting killed than we have weeks in the year. Shit, my prayers go out to Lil Tjay who just got shot up the other day and I don’t even know his condition but, you know, it’s terrible out there. Every day they talk about a different rapper that just got shot or was involved in a shooting or something like that.

“So yeah, I stand on what I said. Being a rapper in today’s society is definitely the most dangerous job in the world. You have a 50 percent chance of making it as a rapper and making it alive as a rapper is what it means. It’s one for one, so you take that how you want to take it.”

Jim Jones also spoke out against the violence in his community when the Supreme Court motioned a ruling allowing Americans the right to carry a gun for self-defense. Part of that ruling deemed New York State laws too restrictive in obtaining a gun, and Jones had an issue with that, given the rise in gun violence in New York City in the last year.

“Somebody break this down for all of us cause it’s gettin very nasty in ny to th point regular workin class citizen are takin th risk of carry guns for there protection cause th city is filled mwit to much gun violence tht th police can’t get under control and people are scared for they life,” Jim Jones captioned a social media post.

Jones’ statement on Hip Hop violence in his XXL interview comes a week after TakeOff was shot and killed in Houston, Texas, on November 1. Authorities in Houston were notified of a shooting “shortly after 2:30 a.m.” at a local bowling alley where a dice game had taken place. A conflict reportedly arose, followed by shots fired, though more details weren’t available.

The Harris County Medical Examiner confirmed in TakeOff’s autopsy report that the Migos member died of “penetrating gunshot wounds of head and torso into arm.” No arrests have been made.

Jim Jones had dedicated his latest Drip Report to TakeOff, whom he called a “legend” while also taking the opportunity to give Migos their flowers.

The clip opened with Jim stating that Hip Hop and the world had “lost a legend,” and calling Migos “one of the greatest group ever, hands down, undeniable.”

“Their contributions to Hip Hop will never be duplicated,” Jim Jones said, “from the rap flows to the cadence that they added to this game and all the spices we see all the kids been trying to emulate. TakeOff was a special person out of that bunch and you can tell from every record that he was on.”

He continued: “The great TakeOff, you will never ever be forgotten. You left a mark that no one will ever forget my friend.”