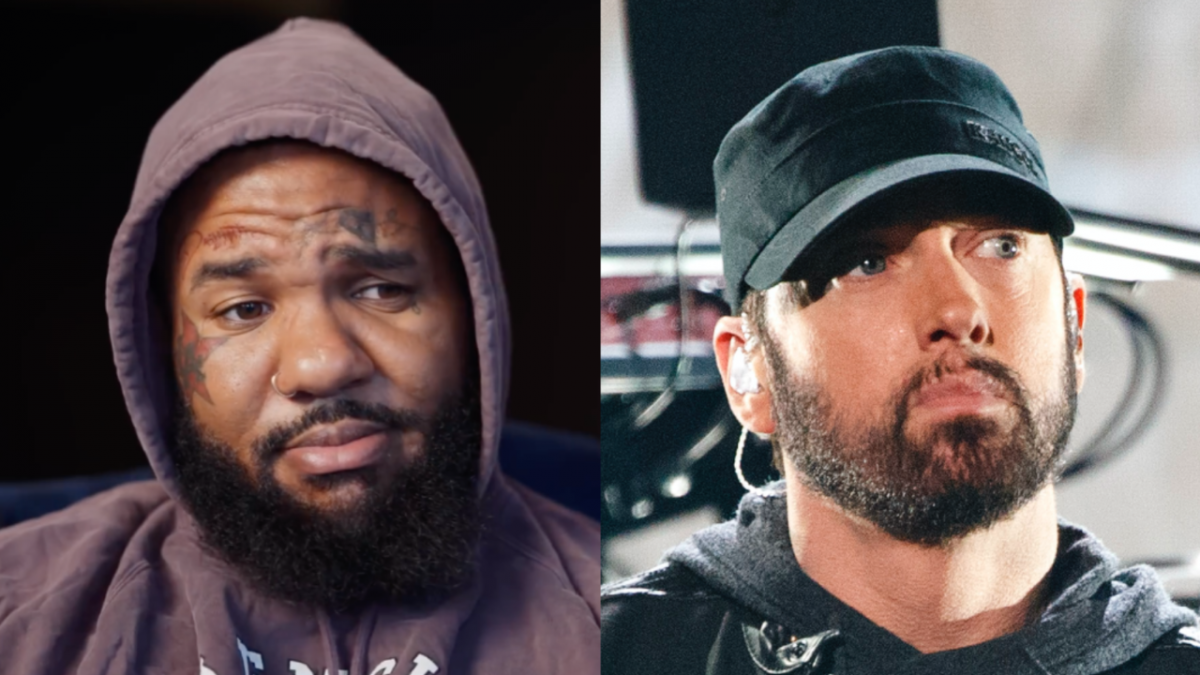 The Game took aim at Eminem on the diss track, “The Black Slim Shady,” in August, but Bizarre has suggested he may not have written it himself.

During a recent appearance on The Bootleg Kev Podcast, the D12 rapper alluded to his former Shady Records labelmate Stat Quo ghostwriting the Drillmatic: Heart Vs. Mind song.

“I just feel like I couldn’t get past the Eminem voice,” Bizarre said while sharing his thoughts on the track. “I know Game can rap better than that. I know he’s a problem as a battle rapper, a guy that’s into lyrics.

“I feel like that was a nice little cute intro. He never got out of that, though. He stayed in Marshall’s body for the whole 10 minutes. When we gonna get Game? We know he can do it, so what happened?”

When Bootleg Kev questioned Bizarre about his comment, he repeated himself and said, “I ain’t say nothing, man. Shout out to Game.” He also called Stat Quo a “good friend” and agreed he’s an “amazing writer.”

However, Kev said he was in the studio with The Game for a lot of the Drillmatic sessions and didn’t see any ghostwriters.

The Game claimed the diss track wasn’t personal during his visit to The Rap Radar Podcast, before explaining his issues with Eminem started with his 50 Cent beef.

“As far as it being personal, it’s not personal,” he said. “I came up on Em, too. I remember the first time that ‘My Name Is’ came out. I was like, whoa’d by it. I felt the same feeling when I heard that, that I felt when I heard ‘Juicy’ from [The Notorious] B.I.G. the first time. So yeah, I always fucked with Em. And then the whole Aftermath and the Shady thing and he was on The Documentary.”

He continued: “I think me and 50’s fallout made him choose a side and he wasn’t doing the shit that I did. He was like, ‘I’m going with 50. Fuck you n-ggas.’ But I just felt like, Hip Hop’s gotta be interesting. These n-ggas these days are so god damn boring or every time somebody wanna beef, somebody gotta die. Sometimes, ladies and gentleman, it’s just Hip Hop and you can leave it at that.”

Revisit “The Black Slim Shady” below.