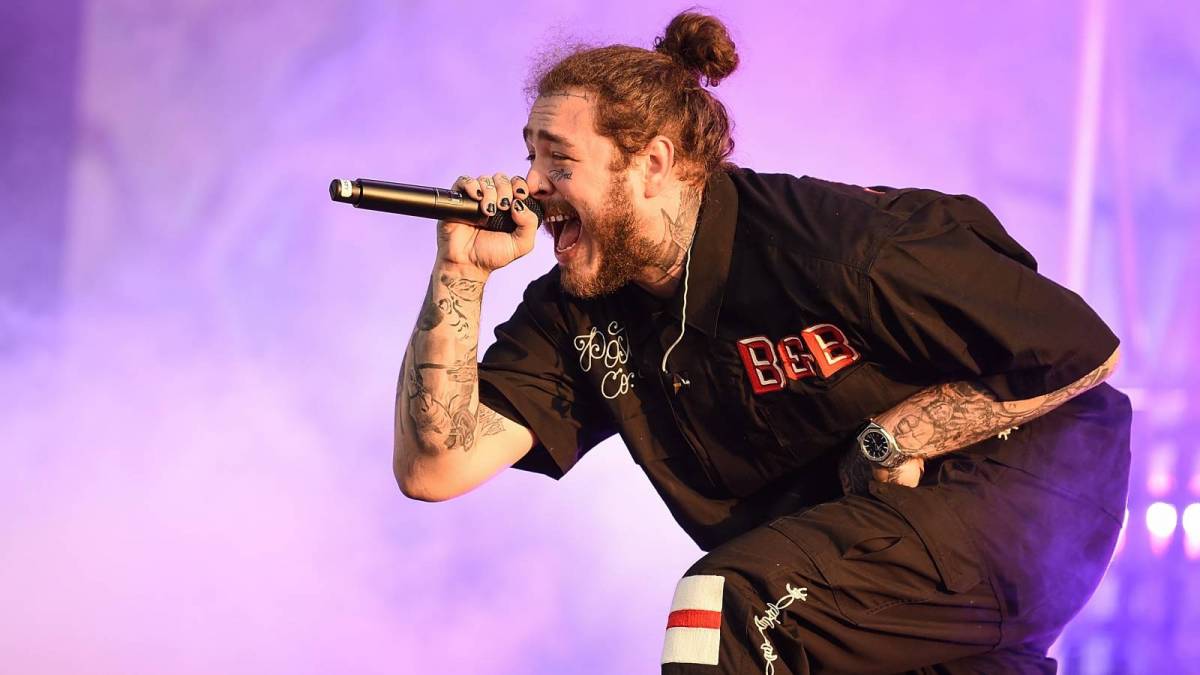 Post Malone took a nasty fall mid-performance at the Enterprise Center in St. Louis on Saturday night (September 17). It was so bad, in fact, he needed medical attention.

Malone was walking down a ramp when the incident occurred. Unbeknownst to him, there was a hole in the floor that had been used to lower his guitar and somebody had neglected to cover it up.

In a clip of the incident, Malone goes down hard and lays on the ground for several minutes clutching his ribcage. Medics rushed to his side and he was eventually able to hobble off stage. He promised his fans he’d be back and about 10 minutes later, he made good on his promise, although he had to cut his set short.

Post Malone isn’t the first and won’t be the last artist to fall during a show. In 2017, Travis Scott was performing with Drake at London’s O2 Arena when he tumbled into a hole where a “light-up globe” set decoration was kept but was able to finish his set.

Del The Funky Homosapien, however, wasn’t so lucky. The Hieroglyphics legend fell off the stage during an overseas performance at the 2018 Roskilde Festival and had to be taken to a Denmark hospital after the accident, which occurred as he was joining Gorillaz for a performance of “Clint Eastwood.” The group cut their set short following the incident, with frontman Damaon Albarn thanking the crowd after checking on Del.

As he wrote in an Instagram post at the time: “Thank you all for the love! I’m doing alright but will be in the hospital for a bit, the care here is outstanding though. Much love to @gorillaz for having me out and I’ll be back soon y’all.”

HipHopDX spoke to Del shortly after he was discharged from the hospital. He explained: “I’m doing OK. I’m still in a lot of pain. I’m on pain meds. I fractured seven ribs and punctured my lung. I had to have surgery. I had a tube in my lung pumping the blood and air out.

“I also had a epidural in my back to inject morphine directly to my bloodstream. After about five days, they let me out the hospital.”