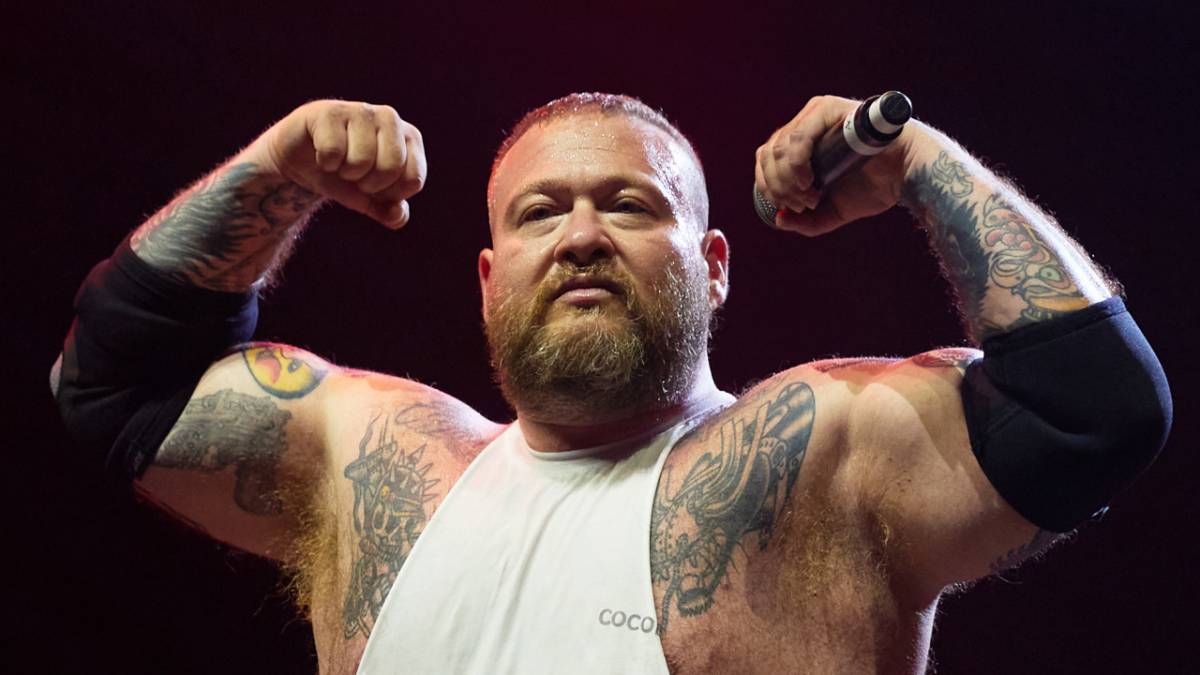 Action Bronson can add professional wrestler to his multi-faceted résumé after making his debut in the ring.

The Queens, New York native — who’s already a distinguished rapper, chef and TV personality, as well as a budding actor — made a surprise appearance during All Elite Wrestling’s All Out pay-per-view event in Chicago on Sunday night (September 4).

Bronson stepped into the ring to lend a helping hand to Hook, the young wrestler who walks out to Bronson’s song “The Chairman’s Intent,” during his FTW (Fuck the World) title match. The husky MC threw his weight around as he ejected both “Daddy Magic” Matt Menard and Angelo Parker from the ring.

“I’VE SEEN ENOUGH,” Bam Bam wrote on Instagram while sharing footage of his wrestling cameo. “COWARDLY ATTACKS AGAINST MY BROTHER @730hook WILL NEVER GO DOWN ON MY WATCH. IM OUT FOR BLOOD. @officialtaz13 @aew.”

In an interview with Pitchfork last year, Action Bronson revealed he had trained with Hook in the ring. “I got in the ring with Hook, did a couple moves — it was beautiful,” he said.

Bronson has made no secret of his love for wrestling having name-dropped countless wrestlers in his music over the years, from “Macho Man” Randy Savage (“Nordic Wind”) to Marty Janetty (“The Rockers”).

One fan even unearthed a photo of a young Bronson front row at an ECW (Extreme Championship Wrestling) wrestling event on Twitter, pairing it with a photo of him lifting the FTW title belt. “How it started vs. how it’s going @ActionBronson,” the tweet read.

Bronson replied: “THIS IS HEAVY BRO!!!!”

Action Bronson’s sporting talents extend beyond just the ring, though. According to his frequent collaborator The Alchemist, the Blue Chips rapper is nice on the basketball court, too.

“Bam Bam got a decent jumper,” the producer said on ESPN’s Jalen & Jacoby last year while discussing the hoop skills of his rap buddies. “Action [Bronson] has a wet jumper. Action can shoot, he’s a long ranger.”

The 38-year-old has committed himself to a rigorous workout regime in recent years, shedding more than 160 pounds off his previous 400-pound frame.

“This journey started way long ago,” he told Men’s Health in late 2020. “I was born heavy. I was a heavy child. This transformation was long overdue. There was a lot of shit like pre-diabetes, eczema, asthma, all kinds of fucking dumb stuff that I had given myself.”

On the music side, Action Bronson has stayed busy in the booth with a string of recent guest appearances on Roc Marciano and The Alchemist’s The Elephant Man’s Bones, Meyhem Lauren and Daringer’s Black Vladimir and Logic’s Vinyl Days.

His last album, Cocodrillo Turbo, dropped in April, featuring appearances from Conway The Machine, Roc Marciano and others. HipHopDX gave the project a 3.9 out of 5 score, while Questlove hailed it as Bronson’s finest work.

“Wow. Was NOT expecting to be THIS mind blown over this new Bronson jawn,” the Roots drummer tweeted. “This [Crocodile emoji] jawn might be his most solid offering as an LP.”