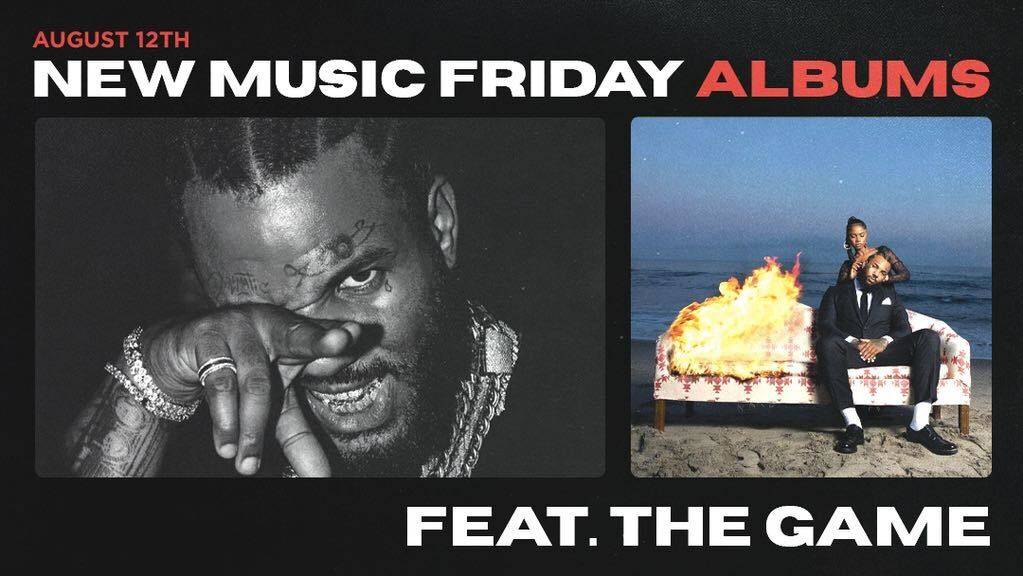 We’re reaching the halfway point in August, which means the end of summer and (hopefully) some cooler weather, but the hot months aren’t over yet and there are still plenty of artists chasing the coveted Album of the Summer crown.

This week’s edition of New Music Friday boasts one of the best and most diverse line-ups of the year — a list which is sure to appease fans of all ages and preferences. Kicking off HipHopDX‘s round-up is The Game with his long-awaited Drillmatic: Heart vs. Mind LP, executive produced by Hit-Boy. 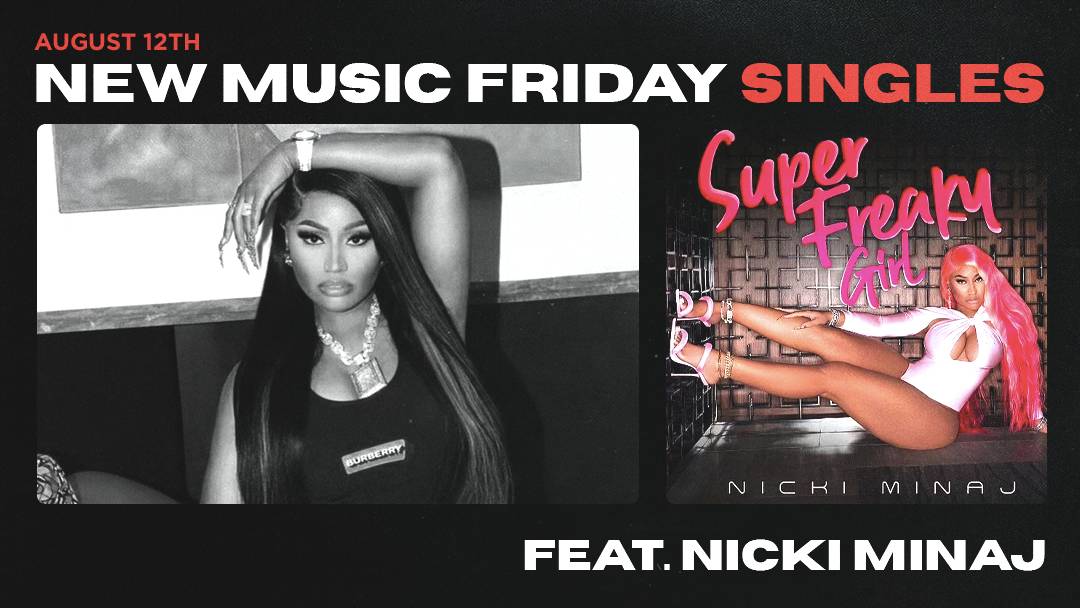 From there, we head to Houston where Megan Thee Stallion unleashed Traumazine, the feature-loaded follow-up to 2020’s Good News. Florida crooner Rod Wave also came forward this week with his latest effort Beautiful Mind, as did Danger Mouse and Black Thought with their long-awaited collaborative LP Cheat Codes.

With even more albums from the DMV’s Joony, Destroy Lonely and AUGUST 08, this week’s list is certainly loaded. Keep reading for DX‘s complete coverage of all the albums that dropped on the week ending on Friday (August 12) below.

The Game – Drillmatic: Heart vs. Mind

As with nearly everything done by Compton, California native The Game, Drillmatic: Heart vs. Mind arrived with its fair share of stunts. First came the delays. Originally set to be released at the start of 2022, Drillmatic was continually pushed back before finding its firm August 12 release date.

Then came the Eminem beef, which found the “How We Do” rapper continually prodding the Detroit MC. These attention-grabbing antics have finally given way to the album itself, a sprawling 31-song effort which fuses Game’s raps with the West Coast sounds of producer Hit-Boy.

The star power and influence of Houston rapper Megan Thee Stallion cannot be contained. She’s released a handful of singles and guest verses since last year’s Something for Thee Hotties, including the scorching “Flamin’ Hottie,” “Lick” with Shenseea and the scorching lead single “Plan B,” but has remained relatively quiet otherwise.

That ends now with the release of Traumazine, an 18-track project which redirects the attention from the drama shrouding Meg to the music itself. In addition to featuring some of her most fiery bars in recent memory, Traumazine includes a baffling list of guests including Future, Latto, Pooh Shiesty, Key Glock and Rico Nasty, as well as fellow Houston hard-hitters Sauce Walka, Big Pokey and Lil Keke.

With such undeniable talent it seems obvious that, one way or another, Florida singer Rod Wave would have found his way into the spotlight. If it hadn’t been “Heart On Ice,” his now three-times platinum single from 2019, which catapulted him into stardom, it would have been any of the later singles (“Girl Of My Dreams,” “Rags2Riches 2” with Lil Baby, or “Tombstone”); looking back a breakout seems destined.

Led by two triumphant singles in “Alone” and “Stone Rolling,” Rod Wave’s latest effort, Beautiful Mind, picks up right where SoulFly (and its deluxe) left off. Though the album is lengthy with 24 songs, Wave carves out most of the space for himself, bringing on only Jack Harlow, December Joy and comedian Druski for a skit.

In 2022’s rap scene, Danger Mouse and Black Thought are two names that don’t often come up. Hip Hop is a fast-moving genre with reverence for the past, but with the constant flux of trends, it’s tough for young listeners to keep up with everything. That’s not to say the two veterans have become irrelevant. As proven by Cheat Codes, their collaborative release, the duo are sharp as ever.

Danger Mouse — the producer responsible for projects such as The Grey Album, a crossover between JAY-Z and The Beatles, The Mouse & The Mouse alongside the late MF DOOM and more — seamlessly fits with the raps of Black Thought, one of the most highly regarded lyricists in all of Hip Hop.

Cheat Codes may seem on the surface to appeal to nostalgia, but listen closer and you’ll hear the innovation present even after their combined decades in the music industry. Guest spots from MF DOOM, Run The Jewels, A$AP Rocky and more only strengthen the project.

Atlanta rapper Young Nudy has been lacing the streets with brooding, slimy trap music since 2016’s Slimeball, a horror-fueled project which included one of his first hits in “Yeah Yeah.” The cousin of 21 Savage released a few more albums over the following years before collaborating with acclaimed producer Pi’erre Bourne on Sli’merre, an album now regarded as the best album of Nudy’s career.

EA Monster, the latest Atlanta-Noir release from the 29-year-old rapper, first hit streaming earlier this week. With only 11 songs (a rarity nowadays), EA Monster is sleek and trim. Only one feature graces the album in BabyDrill, but it does include an exceptional cast of producers ranging from Bourne and COUPE to Rio Leyva and Mojo Krazy.

Detroit lyricist Royce Da 5’9″ retraces his journey in Hip Hop with The Heaven Experience, Vol. 1, a 15-track highlight reel of his 20-plus-year career. Included are 10 of his biggest songs from his studio album and mixtape output — including “Hip Hop,” “Tabernacle” and the Eminem-assisted “Caterpillar” — as well as five previously unreleased tracks, including collaborations with Black Thought, Big K.R.I.T. and Courtney Bell.

The influence of Playboi Carti over Hip Hop in 2022 cannot be overstated. The list of his progeny grows longer with each passing day. Some of the artists who draw inspiration from King Vamp are biters; others, like Destroy Lonely, are helping push the sound forward.

Signed to Carti’s Opium Records, Destroy Lonely released his first album NezzusDestroyed in 2018, but truly began to garner attention in 2019 with the ultra-viral “Bane,” the following year with album < / 3 and songs such as “F.U.N.”

NO STYLIST marks Lonely’s first album in two years and, for many fans of the Carti-influenced sub-genre, is the most highly anticipated album besides NARCISSIST.

It’s safe to say that DMV rapper Joony is having the best year of his career thus far. In late May Joony dropped Pretty In Black, one of the year’s most underrated albums. From there he was tapped by fellow DMV artist Brent Faiyaz to work on “FYTB,” one of the best cuts from his album-of-the-year contender WASTELAND. Now the “LIFESTYLE” MC is back with the deluxe edition to his latest offering, adding ten new songs to the original eleven.

A unique blend of rap and R&B which draws influence from an eclectic array of sources ranging from drum & bass (“DRIFTING IN TOKYO”) to love ballads (“DRUGS AND FASHION”). The deluxe edition continues to be dance focused, but tweaked by Joony’s nuanced approach.

The latest effort from rapper/singer hybrid AUGUST 08, Seasick, just arrived. AUGUST 08, another noteworthy newcomer capable of lively summer anthems and more introspective, moody tracks, released his first album FATHER in 2018 and has only continued to gain momentum since then.

Seasick, the extension of the Towards The Sun EP, adds eight new tracks to the original seven which includes songs such as “Towards The Moon” and “Water Sign” with songstress Jhené Aiko.

If that’s not enough for you, be sure to stream Lil Zay Osama’s Trench Baby 3 Omar Apollo’s Ivory (Marfil) and YungManny’s OKANLAWON, this week’s honorable mentions.