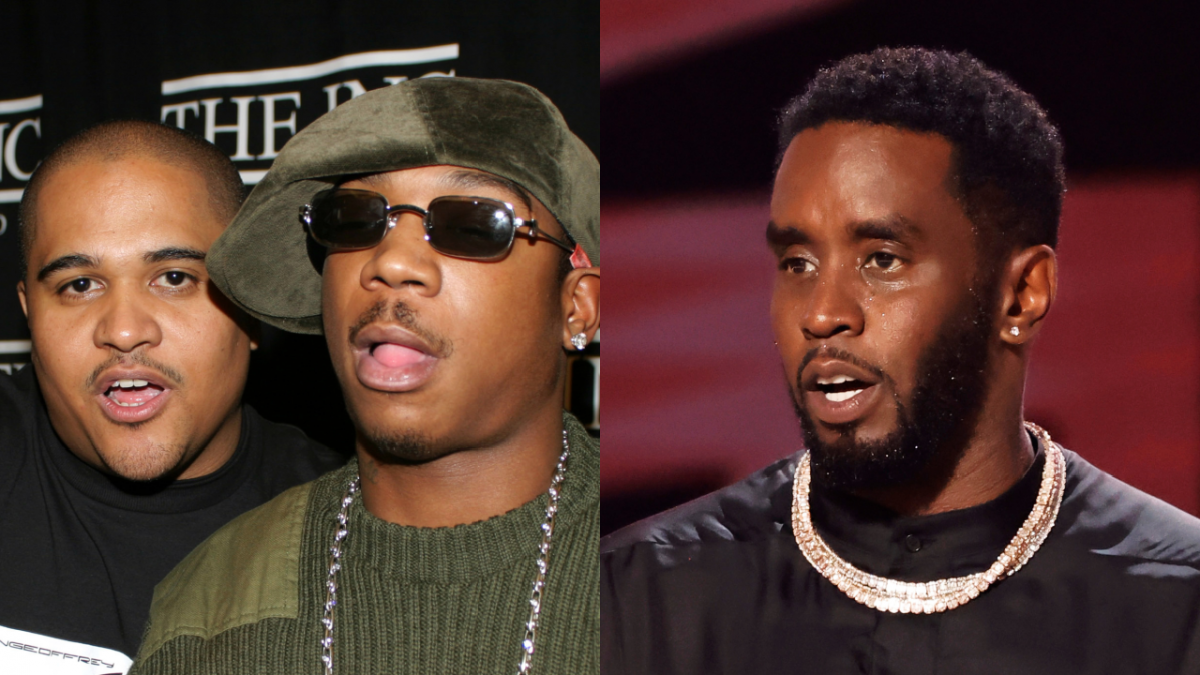 In a clip from his and Ja Rule’s newly-released Drink Champs interview, the Murder Inc. founder fielded questions about a potential Verzuz battle involving his label, which churned out countless R&B-flavored hits from Ja Rule, Ashanti and others in the early 2000s.

While a match-up against 50 Cent’s G-Unit — Murder Inc.’s fierce rivals — would make for a tantalizing showdown, Gotti named Puff Daddy and co. as his crew’s most logical opponent.

“It would have to be Bad Boy, which is the only thing that’s comparable, you know what I’m saying?” he said. “I can’t say Drake because the music is different. It’s hard going against them gangsta-ass records.”

Both Irv Gotti and Diddy might run into trouble rounding up their respective troops for a Verzuz battle, though. While he and Ja Rule have remained close, Gotti’s relationship with Ashanti has soured since her departure from the label in 2009.

The former Def Jam executive accused Ashanti of “trying to fuck me out of my Masters” last year after she announced she’s rerecording her 2002 self-titled debut album. When asked about Murder Inc.’s upcoming BET docuseries in July, the “Foolish” songstress laughed at the notion of her being involved.

Diddy, meanwhile, has faced repeated criticism from Ma$e in recent months. The Harlem World rapper took aim at his old label boss on the diss song “Oracle 2: The Liberation of Mason Betha” in March, before outlining his “disdain” for him during a recent interview on the Million Dollaz Worth of Game podcast.

However, Puff did share the stage with former Bad Boy signees Lil Kim, Shyne, The LOX and Faith Evans — as well as Busta Rhymes, Mary J. Blige and Jodeci — for a special tribute performance at the 2022 BET Awards in June.

Luring Diddy into the Verzuz arena might be a challenge in itself, with the Bad Boy boss previously declining a battle with fellow hitmaker Jermaine Dupri. “Only person I would do is [Dr.] Dre,” he declared last year.

Earlier this year, Verzuz announced plans to hold its first-ever record label battle in July, but no such event materialized. Def Jam, Cash Money, Roc-A-Fella, No Limit and Death Row are among the other legendary names that have also been floated.

Listen to Irv Gotti and Ja Rule’s full Drink Champs interview below. The video version will be released on YouTube on Saturday (August 6).