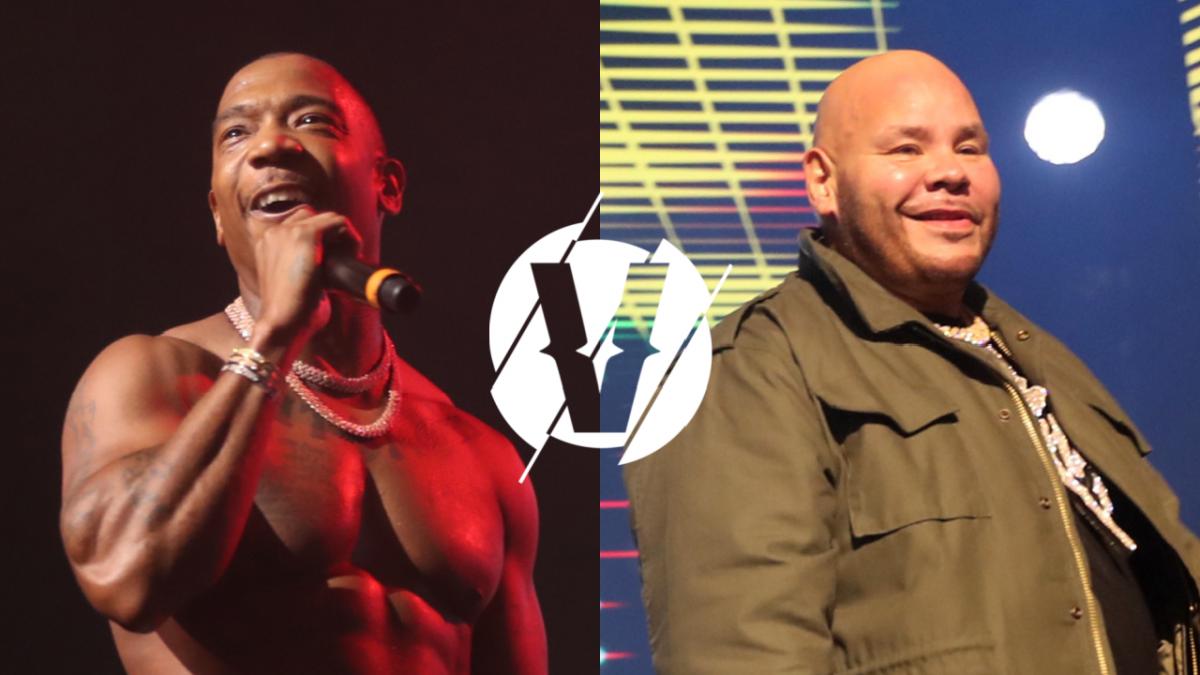 New York, N.Y. – “If 50 Cent shows up that would make this a lot more interesting,” says a waiter with a heavy Irish brogue working at a bar across the street from Madison Square Garden. Unfortunately, the lurking ghost of 50 Cent was felt but not seen during the Ja Rule-Fat Joe Verzuz Tuesday night (September 14) outside of Irv Gotti dissing the G-Unit CEO on Instagram.

About 45 minutes after the scheduled 9 p.m. ET start time, Joey Crack and Ja emerged from backstage to kick off the anticipated battle inside Madison Square Garden’s Hulu Theater. Ja Rule leaned on JAY-Z features (never a bad idea) to set the tone with his first trio of selections (“Can I Get A…,” “It’s Murda,” “Murdagram”) while Fat Joe kept his ear to the streets with tracks such as “Flow Joe” and “I Shot Ya (Remix),” which would’ve played better if he was at the famed Tunnel venue.

With poor song selection digging him an early hole, Fat Joe delivered the first standout moment of the Verzuz when Remy Ma joined him onstage and flawlessly rapped the late Big Pun’s verse on “Twinz (Deep 98 Cover).” Joe continued the winning streak with their 2016 hit “All the Way Up,” but Ja Rule extinguished the fire with Pain Is Love‘s “Livin’ It Up.”

The Queens native added to the surprise guests by bringing out Lil’ Mo and Vita for another anthem in “Put It On Me.” Joe actually dissed the pair of women collaborators telling Ja he “needs to feed them,” which he later apologized for after the Verzuz battle.

“Shout out to the ladies very sorry if i disrespected i love vida and lil Moe I’m super sorry love my sisters,” Joey Crack wrote on Twitter.

The playful banter that made Fat Joe an Instagram Live delight was on display all night. He was quick to keep asking Ja where he’s been the better part of the last 15 years and jab him over his Fyre Festival disaster. Meanwhile, the Murder Inc. rapper let Joe hear about his Billboard chart stats all night and even claimed he started the singing-rapping trend we see today thriving in Hip Hop.

Fat Joe even tried to get away with claiming he produced 50 Cent’s “Candy Shop,” but Scott Storch flew to the Instagram feed’s comments to shut down any idea that he didn’t produce the track. Storch did, however, admit Joe helped him craft the intro.

By halftime, Joe was looking for a break and called for a 15-minute intermission period to make an outfit change — a Verzuz first. Ja was clearly ready to keep going and carry his momentum into the second half without a stoppage.

After a lull in the action, the battle got turned up about 10 notches when Nelly hit the stage as an unlikely guest to bring the crowd to life and perform his “Get It Poppin'” collab with Fat Joe. He even blessed fans with a medley of hits including his No. 1 smash “Hot In Herre.”

Ja Rule was like Floyd Mayweather the way he countered Joe’s jabs as he answered by bringing out R&B queen Ashanti, which drew a huge pop from the 4,000-person audience on hand.

Nelly walked his ass straight over to Ashanti and got that hug #VERZUZ pic.twitter.com/yl1iteRp4O

Ashanti, who hasn’t aged a day in over two decades, suited up for both teams as she stole the show with collaborations such as “Mesmerize,” “Always On Time” and “What’s Luv?”

The Terror Squad leader tried to score some brownie points with the ladies when he brought out a pair of Hermès Birkin handbags gift-wrapped for Ashanti and Remy Ma before heading into his discography staple “Lean Back.”

At this point, the battle had taken on the texture of a celebration with a shirtless Ja Rule and Fat Joe complimenting each other as their artistic families joined them on stage. A fitting closer to the show came when Verzuz champ Jadakiss snook into the picture to unite the Big Apple on all fronts with a thunderous performance of “New York.”

Below you can listen to our DX Daily Podcast hosts react to the entire battle. If you don’t have time right now but want to check it out later, here is a link to subscribe on the platform of your choice.