Eminem has finally shared the official tracklist for his forthcoming greatest hits album Curtain Call 2. The compilation serves as the sequel to Curtain Call: The Hits, which was released in 2005 with songs such as “My Name Is,” “The Way I Am” and the Academy Award-winning “Lose Yourself.”

According to Slim Shady’s tweet, “Lucky You” featuring Joyner Lucas, “Love The Way You Lie” with Rihanna, the 50 Cent and Dr. Dre-assisted “Crack A Bottle” and the Yelawolf collab “Best Friend” are among the 16 tracks on the project. As promised, a 2009 collaboration with 50 Cent called “Is This Love” is included on the album as well as the recently released singles “The King & I” with CeeLo and “From The D To The LBC” with Snoop Dogg. 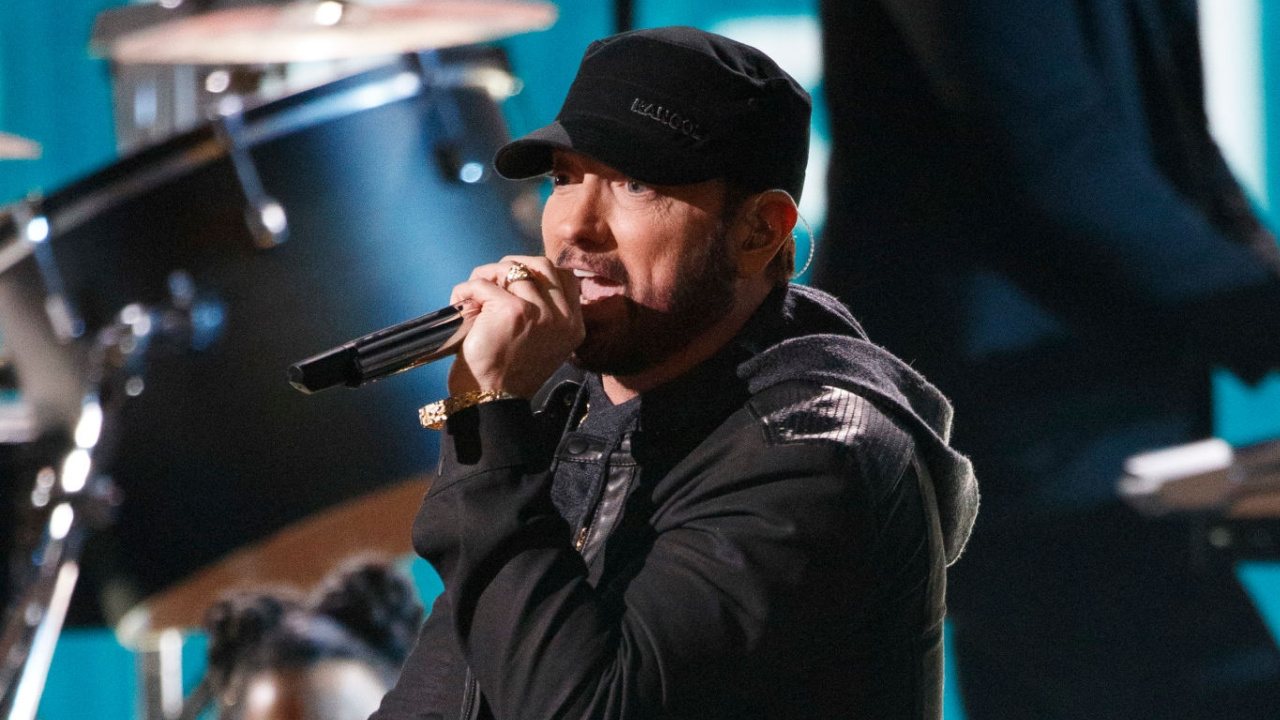 Hyping the album even further, Eminem “unlocked” a video for the aforementioned single “Crack A Bottle” on Monday (August 1).  The video was initially released in 2009 in support of Relapse, Eminem’s sixth studio album, his first project since getting sober in 2008.

Curtain Call: The Hits is one the longest-running rap album in Billboard history. In fact, it was also one of the best-selling albums of 2021.

According to HITS Daily Double, Curtain Call: The Hits landed at No. 50 with over 673,000 total album-equivalent units sold that year. That’s more than other major 2021 rap releases, including Tyler, The Creator’s CALL ME IF YOU GET LOST, Nas’ King’s Disease II, Young Thug’s Punk, NBA YoungBoy’s Sincerely, Kentrell and Migos’ Culture III.