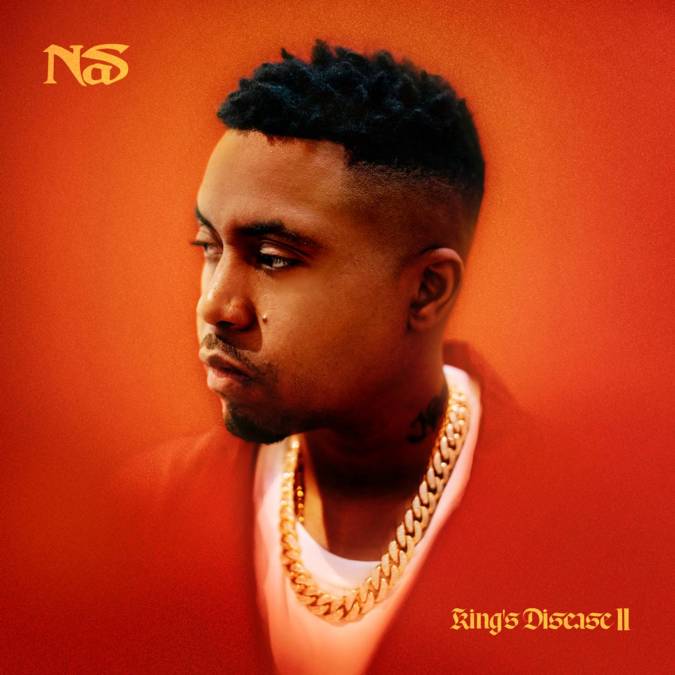 By many accounts, Nas 2020 comeback album King’s Disease can be considered a modern-day classic.   At least, in terms of momentum and accomplishments.

For Nas, a spry 47 years old at the time of its release, had finally accepted the capitalistic spoils earned from a successful celebrity run and begun to resemble JAY-Z with the big money headlines he was consistently creating.

But Hollywood was never able to change the Queensbridge kid and he complied his thoughts of Blackness, progressivism and a healthy mix of new and old school and capped a legendary-career-regardless with his first-ever Grammy win just in March.

King’s Disease’s success trickled down back into a Nas omnipresence within current Hip Hop and equally validated its producer Hit-Boy, who had frankly lost his rap game recognizance after parting ways with Kanye West in the mid-00s.

Like all great pillars in American culture, Nas and Hit-Boy made the collective decision to order up a sequel and attempted to magnify the project’s visibility adjacent to Kanye West’s now failed Donda release date.

Without the side-by-side drop date legacy to propel the conversation, King’s Disease II is a modest collection of Nas music without any true watershed moments.

Ironically, the efforts aimed to trend the album are the ones that hurt the project the most. “EPMD 2” (an update from the offering heard on Judas & The Black Messiah soundtrack) holds distinction of fusing lyrical legends Erick Sermon and Parrish Making Dollars with Eminem for a fantasy football-esque rap chart, but that’s pretty much all it does. Slim Shady’s bottomless flow buries the initial vibe of the track and takes the cohesion with it.

“Death Row East,” a scenic revisiting of his own involvement in the infamous 1990s East Coast vs. West Coast rap beef, splices together accounts of “Boogeyman Suge Knight” and 2Pac’s death atop a wailing mandolin with sick DJ scratches, yet still feels more interesting than entertaining and lacks the woven rhyme schemes of his more lauded storytelling (think “Last Real N-gga Alive”).

Calculated rhymes such as “I can’t let you drive the boat if you get seasick/Draped in all red, she thought I was Whoopty” heard on the equally trendy titled “YKTV” (a.k.a. “you know the vibes) signal flares Nas is still present in today’s Hip Hop lexicon, but the bulk of King’s Disease II reveals remnants of his true self: cerebral, wise, boring, reserved.

Hit-Boy also doesn’t maximize on the spotlight opportunity, especially since he’s baiting Kanye these days. None of King’s Disease II’s instrumentals warrant a “type beat” Google search and only match Nas’ intensity from mood to mood.

The beats do, however, showcase the tenured producer’s range as a studio wiz. “Brunch On Sundays” (with 2021 HipHopDX Rising Star Blxst) somehow manages to capture the sound of champagne bubbles in flute glasses with a pristine sprinkling of piano keys and jazzy bass bombs. The aforementioned “YKTV”’s aggressive boom personifies the type of outside energy its co-stars, trench rappers YG and A Boogie Wit Da Hoodie, thrive and shine.

On “Nobody,” he spends much of his 25-year reunion with Ms. Lauryn Hill reflecting on a life without the celebrity attached, whisking away in the summer breeze. And general album cuts in “40 Side” and “Store Run” paint Nas as the weathered hustler, reliving glory days opposed to creating the new memories. The former song actually features Nas experimenting with a NY drill flow as Hit-Boy slides a Lil Baby ad-lib as trap confectionary. 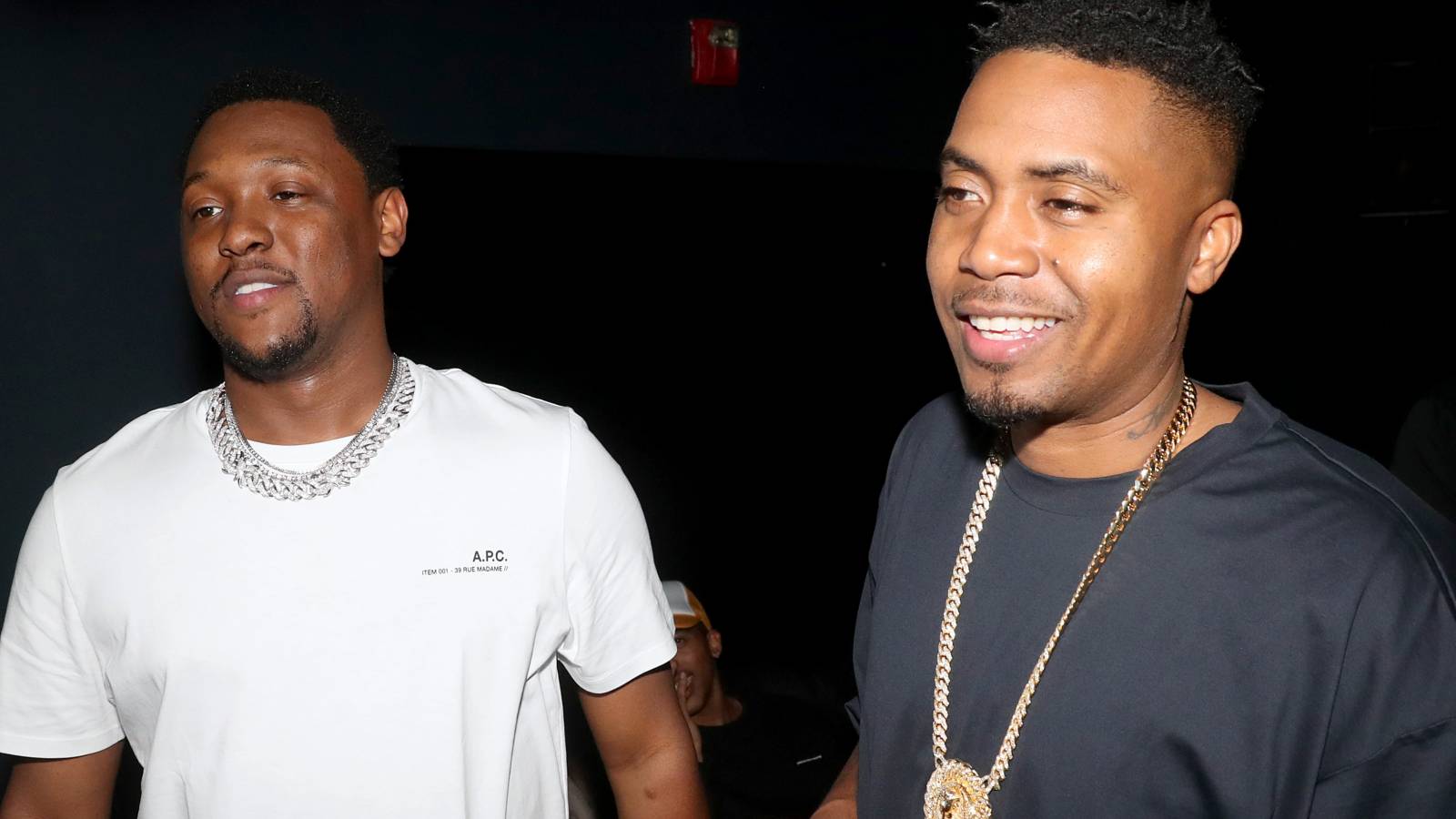 Despite missing a clear-cut highlight reel, King’s Disease II earns its stripes because Nas is still a phenomenal rapper and his talent is ultimately the instrument. Without any frills, bells or polarizing guest appearance, the unassuming “Count Me In” serves as the project’s most complete record, as the typically elusive Nas opens up on the present day.

“Ain’t worried ’bout none of them, they bleed how I bleed Suffering from the symptoms of King’s Disease/Can’t let the bright lights go to your head I watched my day-ones go to the Feds,” he laments, quietly ripping Hit-Boy’s sparse sonic dream.

“Rare” serves as Nas’ most energetic performance, with the rap goat dropping rapid bars with youthful exuberance and overall love for rhyming. The track later unfolds a mafioso-laced breakbeat to let fans know the skill is real.

Anchor tracks “My Bible” and “Nas Is Good” drag to the exit door but their core messages also speak to Esco’s current state of mind and also will to his longtime fanbase’s expectations.

Although it could have benefitted from some more enticing reasons to push play, King’s Disease II solidifies Nas’ place in a Hip Hop world where even legends sometimes get put out to pasture.

Kings Disease 2 by Nas is the best rap album of the year. What an amazing masterpiece!!?❤

The second half of "Rare" is how Hit Boy should produce @Nas.

Crazy that Nas made a better album than the last one. King's Disease 2 is straight fire!!

"Rare" by Nas is actually insane. The whole King's Disease II album is crazy. Hit-Boy spazzed on the production.

Rappers are not supposed to be this good for this long.