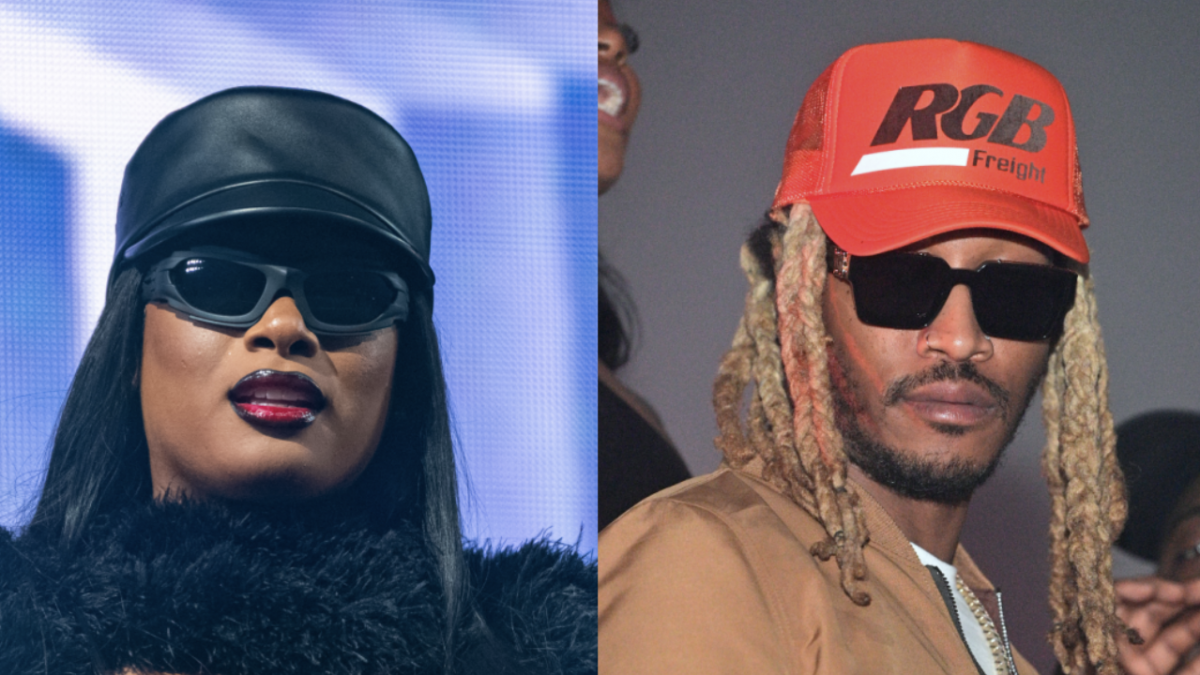 Megan Thee Stallion is following up her Dua Lipa-assisted single “Sweetest Pie” with the release of a new track featuring Future.

Titled “PRESSURELICIOUS,”, the collaboration between Tina Snow and the Atlanta rapper is set to arrive on Friday (July 22) and if the track is anything like the song’s raunchy cover art, Future’s perceived toxicity might be the perfect co-star to invite into the fray.

Megan Thee Stallion announced the collaboration on Wednesday (July 20) and the explicit cover art features a woman rocking a white mask with her tongue out and “Pressurelicious” spelled on it in liquid form.

“PRESSURELICIOUS” marks Megan’s first collab with Future, but the fit shouldn’t come as a surprise as Meg’s tangoed with fellow ATL superstars such as Lil Baby, Gunna and Young Thug in the past.

According to a Rolling Stone interview with Megan, the song features the lyrics: “I’m stompin’ on ho’s so motherfuckin’ hard I’m knockin’ out Mario tokens!”

It’s not been confirmed yet, but the track might serve as a single landing on her highly-anticipated sophomore album.

Megan Thee Stallion has had no issue making her presence felt without dropping an LP in 2022. She’s still holding a pair of slots on the Billboard Hot 100 with “Sweetest Pie” and her solo “Plan B” singles.

As for Future, he’s been a force on the Hot 100 following the release of his recent album I NEVER LIKED YOU, with “Puffin On Zootiez” and “Wait For U” maintaining charting position for nearly three months.

Megan Thee Stallion will perform at Hard Summer Festival stage in San Bernardino, California on July 29. The 27-year-old then heads to Torrance, California for the Enter Thee Hottieverse VR Concert on August 5 and 6.