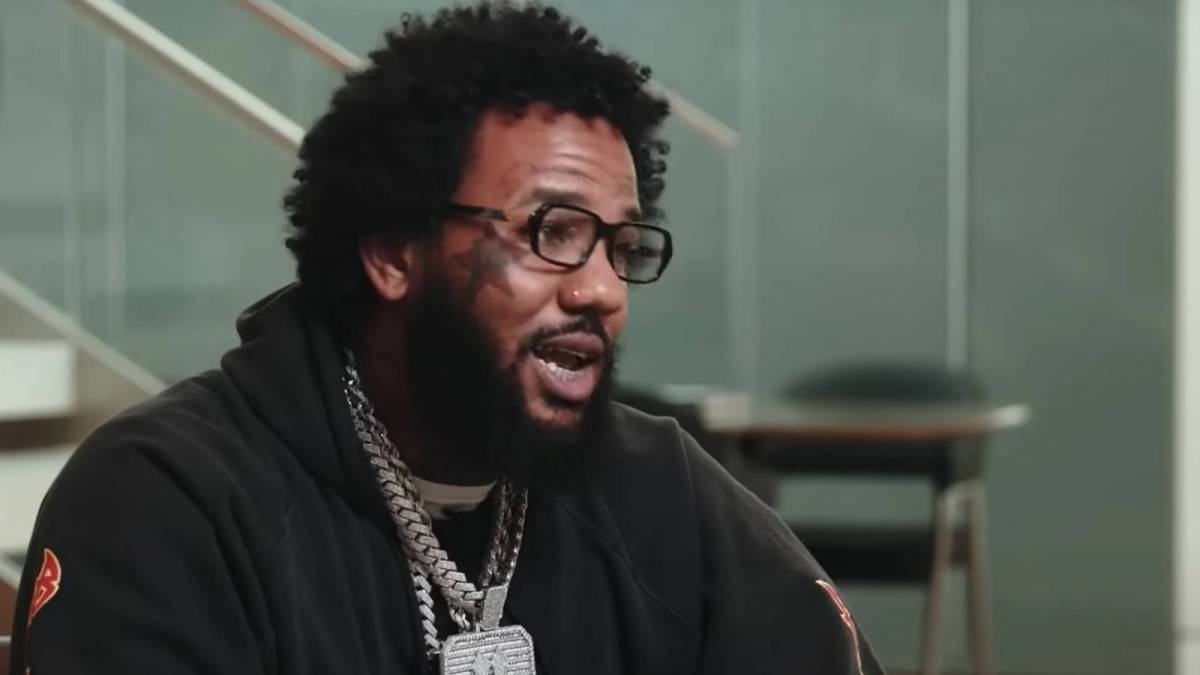 Rumors The Game was dating 13 Going On 30 actress Christa Allen started circulating earlier this week when they shared a kiss on one of her TikTok videos.

The clip begins with Allen sitting on the floor, leaning against a couch and saying, “What’s up you guys? I absolutely can’t take it anymore.” The caption reads, “When you just broke up BUT…you just broke up.” Suddenly, Game randomly appears with his arm around her and they share a smooch.

Not long after The Shade Room posted the clip, Game slid in the comment section with, “We’re friends, nothing to see here.” Of course, people weren’t buying it and accused the rapper of lying. “Yeah ’cause friends kiss like that,” one person wrote, while another said, “Friends who kiss, huh.”

The Game’s dating life was the subject of the short-lived VH1 reality dating show She Got Game and also the source of his ongoing legal troubles. In 2015, Priscilla Rainey accused the rapper of sexual assaulting her when she was a contestant on the show. Game denied the allegations but failed to show up at multiple court dates and the trial itself, which resulted in a default judgement of $7,130,100 for Rainey.

Rainey’s lawyer claimed The Game “sexually assaulted the plaintiff on several occasions that night. This included him forcefully reaching his hand inside her dress to rub her bare vagina and buttocks.”

The Game has been defiant ever since, vowing not to give her a single dime. But Rainey has come up with alternative methods to get her hands on the exorbitant sum. In addition to the CashApp assets, Rainey had a judge grant her permission to confiscate The Game’s royalty payments from the companies eOne and Sound Exchange as well.

On the music front, fans are still waiting for Game to drop his next album Drillmatic. On Tuesday (July 5), he revealed JAY-Z cleared seven samples for the Hit-Boy project via Instagram. Taking to his Stories, he thanked the Roc-A-Fella mogul and noted he still has three sample clearances to go.

“S/O to S. Dot for clearing all 7 samples on #Drillmatic,” he wrote. “3 more sample clearances & the AOTY belongs to me & hit-boy.”