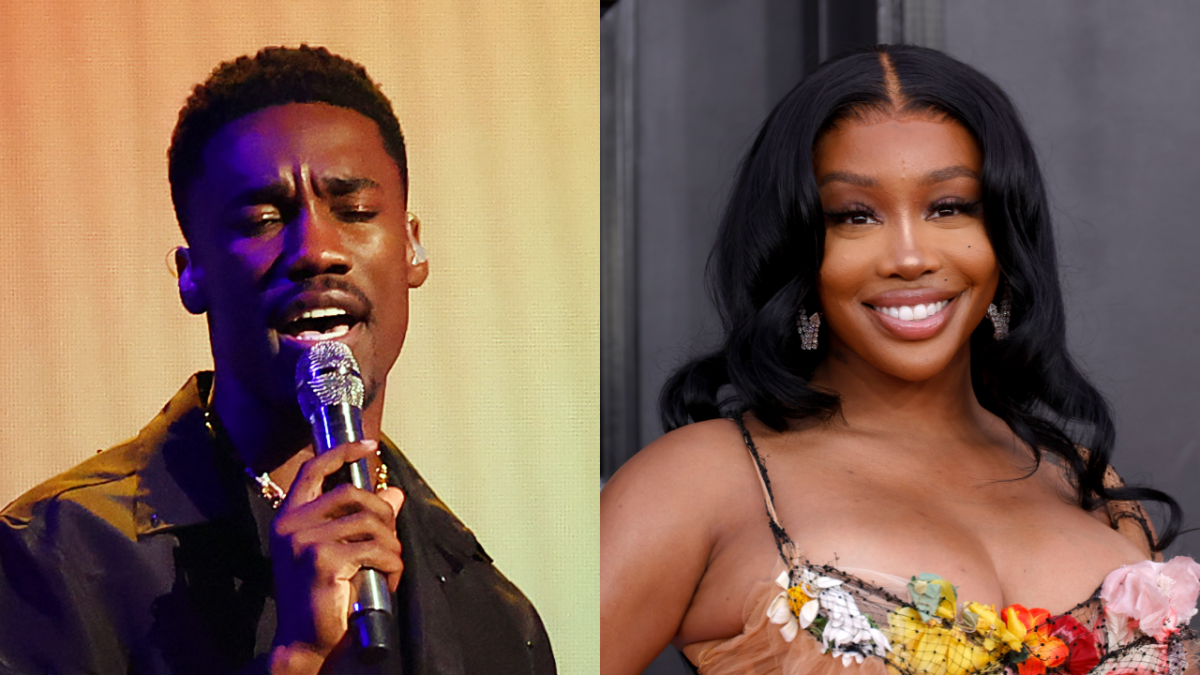 During an appearance on The Tonight Show Starring Jimmy Fallon on Thursday (June 29), Giveon recalled his early days as a struggling singer and talked about a unique opportunity he seized involving SZA while he was interviewing for a job at the Bubba Gump Shrimp Company.

“So, my third interview for the restaurant — yes, third,” he said jokingly. “I don’t know why Bubba Gump requires three interviews for some reason. I’m walking into the third interview and I just see SZA walking and I ambush her like, ‘Hi.’ I just was rambling out the words. I don’t even remember everything I said, but then I said too much.”

The R&B crooner continued after some prodding by Fallon, “Yes, I sang for her, okay! I was gon’ leave that part out. I was a very big fan. Still am. I was singing for her and she was just like, ‘Who is this guy singing?!’… She came to a show years later and I told her and she was like, ‘Awww, I don’t remember.’ So I went on Instagram and unsent the DM that I sent her.

Giveon was stopping by The Tonight Show to speak about his debut album Give Or Take, which dropped on Friday (June 24). He later performed his most recent single “Lie Again,” and also spoke about the awkward microphone snafu he experienced while performing at the 2022 BET Awards on Sunday (June 26). He claimed on Twitter after the show that BET had “sabotaged him,” but clarified he was joking.

“BET did not sabotage me,” Giveon said into an augmented microphone as the audience laughed. “I’m positive BET supports me and would never purposefully alter my voice.”