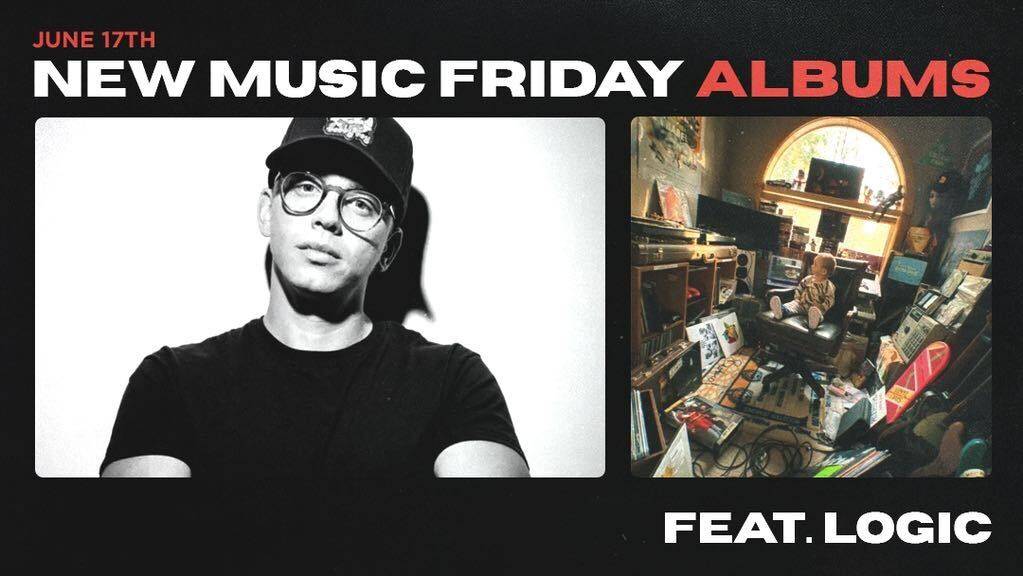 When Drake announces plans to drop a new album, the world changes plans to listen. This week’s edition of New Music Friday is obviously focused around Honestly, Nevermind, the Toronto superstar’s seventh studio album, but stick around because this week brought plenty of other exciting projects to stream post-Drizzy.

Adding to the hype this week is Memphis spitter Duke Deuce with his latest album CRUNKSTAR. Also included is Logic’s latest Vinyl Days.

Gucci Mane stans are sure to celebrate as the 1017 Records Boss dropped The Re-Up with So Icy Gang. Also popping up is Kevin Gates with Khaza, Westside Boogie’s MORE BLACK SUPERHEROES and Diary of the Flow Queen by Erica Banks.

Keep reading to find all the best new albums from Hip Hop and R&B.

Drake likes to surprise us. He’s been doing it all of his career, most recently when he dropped the explosive three-pack Scary Hours 2 in 2021. Nevertheless, news of a new album from Drizzy is a feat to behold. Announced just yesterday, the King of Toronto has just released Honestly, Nevermind.

Composed of 14-tracks, the Take Care rapper’s latest arrives just in time for summer. Drake’s 7th studio album comes less than a year after his Billboard No. One album Certified Lover Boy, which dropped last September. Honestly, Nevermind is spare on features, leaving more space for The Boy to shine.

Juicy J may be collaborating with Pi’erre Bourne on some forthcoming music, but it’s Memphis’ own Duke Deuce who is committed to bringing back the crunk-fueled days of Three 6 Mafia.

Fans scratched their heads upon seeing Logic’s tracklist for his most recent effort, Vinyl Days. The first thing they noticed was the massive length of the project, 30-songs to be exact. Then they saw the features. Among the lengthy tracklist, one can find appearances from a diverse range of rappers including Action Bronson, RZA, Royce da 5’9″, Blu & Exile, The Game and many more.

Logic, aside from his now-forgotten retirement, has remained prolific since his career began in the early 2010s, but Vinyl Days marks the rapper’s first album of 2022 (and by far the longest).

Gucci Mane, along with being a legendary Atlanta rapper, has continued to embrace his role as an A&R in recent years. 1017’s lineup grew to include artists such as Pooh Shiesty, Foogiano and Big Scarr, making them a venerable threat in rap’s landscape.

Adding to his already lengthy discography, Gucci Mane and his squad just dropped So Icy Gang: The ReUp, a flashy display of one of rap’s most respected veterans alongside some of its most promising newcomers.

Whenever Louisiana rapper Kevin Gates touches a microphone he bares his whole soul. Gates has long occupied a distinct lane in Hip Hop, one built by melodic raps and impassioned crooning, but thanks to TikTok, newer fans have discovered some of his classic tracks, such as “Thinking With My Dick” featuring Juicy J and “Really Really.”

Kevin Gates is capitalizing on his renewed attention with the release of his newest album Khaza which arrives in time for his Big Lyfe Tour this summer.

Westside Boogie has come a long way since he released “Oh My” in 2015 and “Came Up” in ’17, two of his first breakout singles which introduced his energetic flow to the masses. The Compton rapper’s acclaim rose two years later with the fantastic Everything’s For Sale and now with MORE BLACK SUPERHEROES.

Look no further than two of the project’s lead singles: “STUCK” and “AIGHT” with Shelley FKA DRAM for what to expect: a modern interpretation of Los Angeles Hip Hop, hued through Boogie’s textured raps.

SoFaygo is having one hell of a week. First the Georgia rapper was included on XXL Magazine’s highly coveted 2022 Freshman Class and now he’s dropped a bite-sized EP in B4PINK.

A melodic rapper who was cut from the same cloth as SSGKobe, and the late XXXTENTACION and Juice WRLD, SoFaygo’s acclaim has grown with each year. So, while B4PINK may not be a full album, it’ll surely still boost his recognition.

One of the best ways for a rapper to celebrate a birthday is by releasing new music.

That’s precisely why Atlanta rapper Bali Baby has taken full advantage of her 25th birthday to unleash her years-in-the-making BALIPRINT LP. Following her entrance into motherhood and a nearly two-year hiatus, Bali Baby returns with the follow-up to her 2018 RESSURECTION album, which includes 10-fresh tracks and appearances from $AFRA and The Play Girls.

Don’t forget to stream Erica Banks’ Diary of The Flow Queen and Let Her Hold it While you Pee by Chris Crack, this week’s Honorable Mentions.