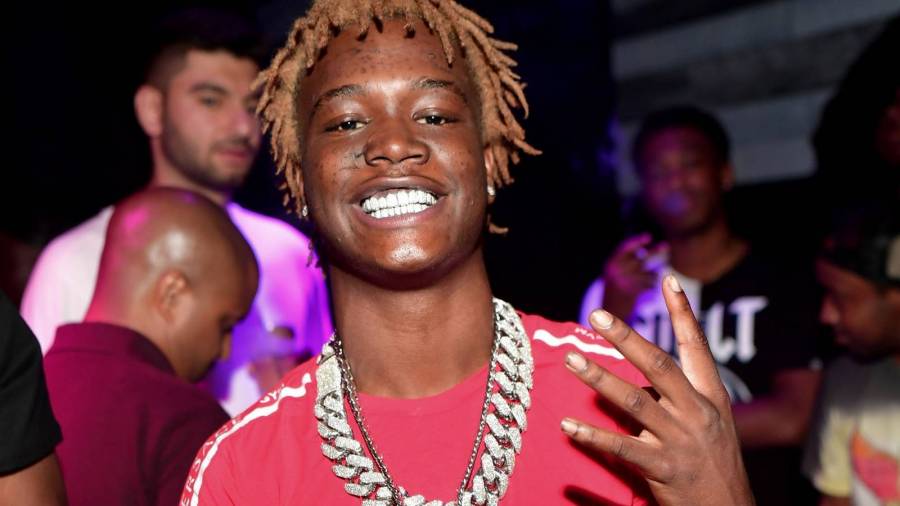 Louisville rapper 2KBABY debuted a shocking forehead tattoo on Wednesday, one that has the internet up in arms.

“Brodie what the hell,” producer Tay Keith commented on 2KBaby’s IG post, which showcases a bright pink tattoo of the number 2 carved right in between his eyebrows.

“Scared 2 Luv (S2L)” the Kentucky lyricist wrote in his caption.

Hip Hop is no stranger to bizarre tats and accessories. Lil Uzi Vert shocked his fans when he revealed in 2021 that a $24 million diamond had been permanently implanted right into his forehead. Shortly after, he revealed to TMZ the diamond had been forcibly removed by a rowdy fan when the rapper decided to do some crowd surfing during his set at Rolling Loud in 2021. Prior to that, Houston rapper Sauce Walka had also gotten a $25o,000 diamond implanted underneath his eye that remains there to this day.

As for 2kBABY, the melodic rhymer has been hard at work on the follow-up to 2021’s First Quarter mixtape, which featured appearances from Mozzy, DDG and Chief Keef.

“You can feel that shit,” 2KBABY said to Complex when asked to describe his music in 2019. “I be trying to make my music so that anybody from any walk of life can feel that shit. Not just street n-ggas. I’m a street n-gga, I don’t have to prove that shit to nobody. That shit don’t got to be proven, it’s already there. I’ve got that. What else can I do? I’m trying to expand.”