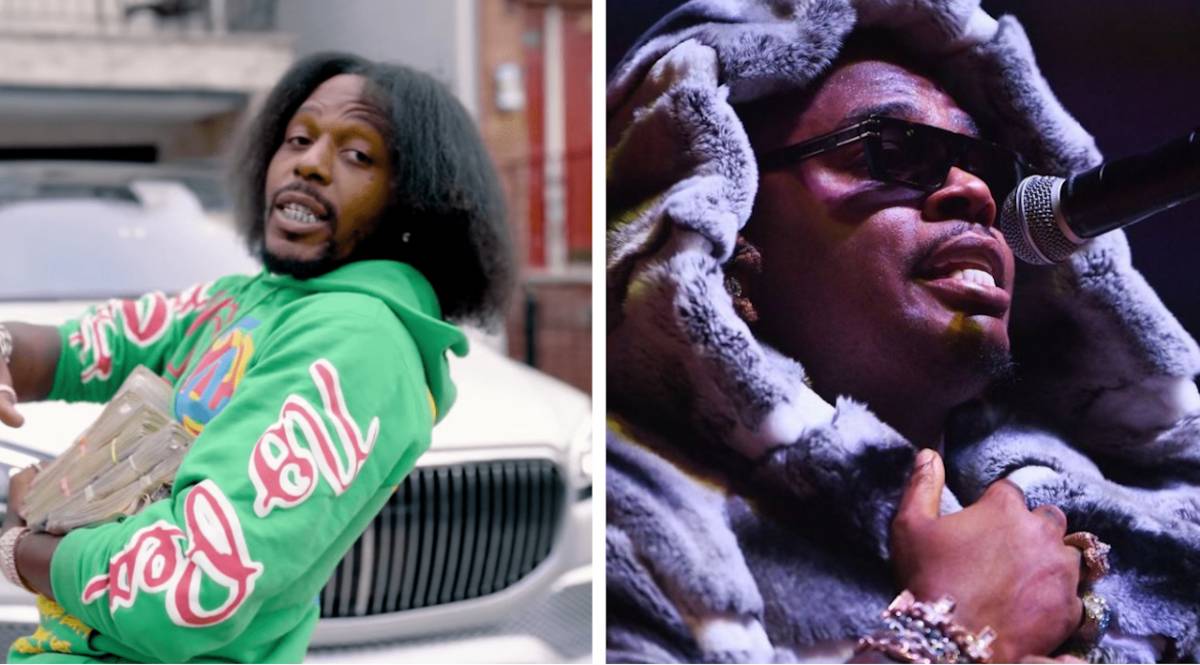 So far Sauce Walka has spent 2022 throwing subliminal shots at Gunna. Since the beginning of January, the Houston rapper has continued to insinuate Gunna’s newfound “P” slang was derived from Texas and spoke out more on the matter in an interview with Industreets TV on Monday (January 17).

“I heard they stealing the DRIP again,” Walka originally wrote on Twitter on January 6, with the P written with the blue P emoji that Gunna used to promote his new album DS4EVER. In the interview, Sauce Walka elaborated further on his point, saying the P slang had come from the South long before Gunna used the expression.

I heard they stealing the DRI?️ again ??‍♂️

Sauce Walka explained the lifestyle that coincides with the P slang is Southern, which people out of Memphis and Houston have already adopted.

“The lifestyle and the ambiance and the culture and that congregation that comes behind pimpin’ and the letter P is a whole different atmosphere,” he said. “The majority of rapper’s brains are too small to even fathom the understanding of what that shit truly means and what it is.

“But the P itself and the aura, and stigmatism and the lifestyle that goes behind the letter P itself, the P, that’s Texas and Memphis, and a little bit of Chicago but it’s really Texas and Memphis because to be a P is bigger than just being a pimp. The biggest P of all P’s in the society of P’s is the player. The player play, P is play, we play, we play hard we play for a dollar.”

The 31-year-old went on to say other rappers have gravitated toward the term and tried to make it cool over the years, but for those rappers the only “P” they embody is, “for pion, a lot of people…they’re pions.”

Walka wasn’t the first to push back against Gunna’s use of the term. An artist out East St. Louis named Plevel Glo took to Instagram with receipts to prove he’d used the term since at least 2018, showcasing different Instagram photos with the phrase being used–blue “P” emoji and all.

Gunna dropped the video to his single “pushin P” on Wednesday (January 12), which features Future and Young Thug. Check out Sauce Walka’s comments below.