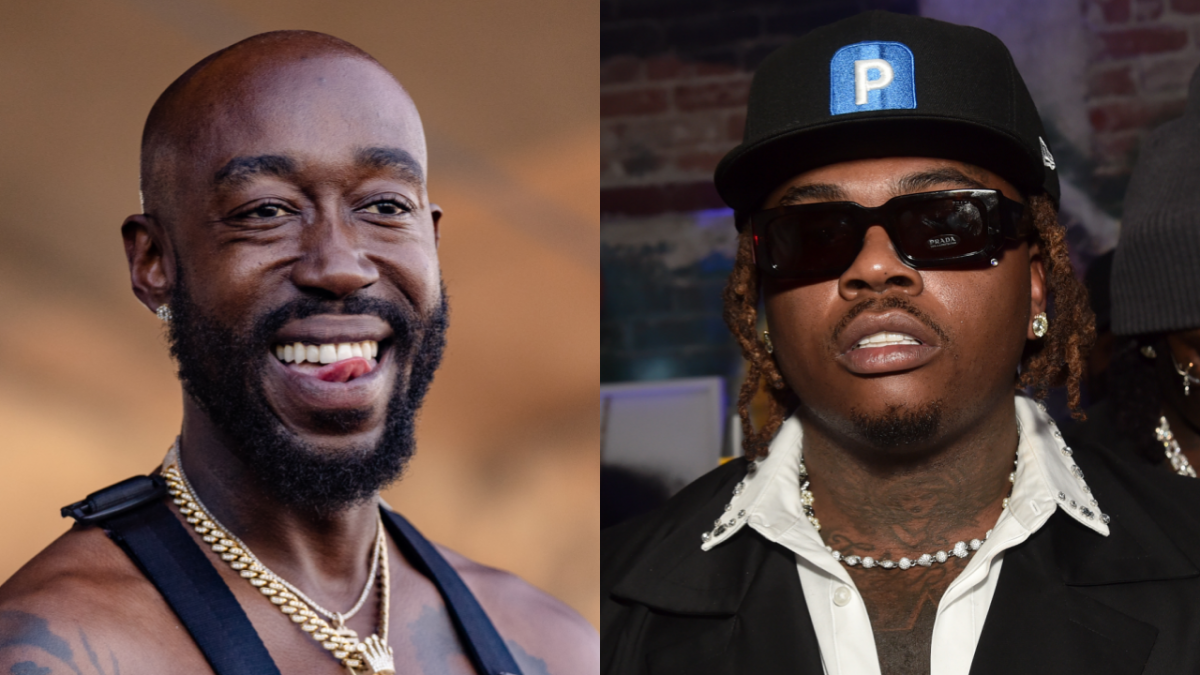 Freddie Gibbs and Gunna added more fuel to their feud over the weekend.

Ever since the Atlanta rapper dissed Gangsta Gibbs on his latest album DS4EVER (“I can’t fuck with Freddie Gibbs/N-ggas tellin’ fibs,” he rapped on “poochie gown”), the pair have been embroiled in a war of words, with Young Thug and Akademiks joining the fray.

On Sunday (January 16), the spat continued as Freddie Gibbs — who has so far shrugged off the shots with a smile — clowned Gunna’s famed “drip,” as well as his new favorite catchphrase, “P.”

Taking to one of his alternate Instagram accounts, the ESGN rapper posted a photo of a recent Gunna outfit — a full-length puffer coat paired with a bejeweled hat — while tagging @FitAintNothing, a popular Instagram account known for roasting celebrity outfits.

Meanwhile, Gunna continued his tirade against Freddie Gibbs during a concert in his hometown of Atlanta on Sunday night. “Fuck Freddie Gibbs!” the YSL signee said emphatically while on stage, prompting echoes of anti-Gibbs sentiments from the crowd.

As Gunna explained on The Breakfast Club last week, his issues with Freddie Gibbs date back a couple years, when the Alfredo rapper took a subliminal shot at him after footage of him appearing on an alleged episode of Crime Stoppers resurfaced.

Gunna clarified that the clip, which found him discussing his cousin’s murder case, wasn’t from Crime Stoppers, but that didn’t stop Gibbs from calling him a “snitch” on Twitter.

“I had to just let him know like, ‘Ay bruh, I don’t fuck with you,'” Gunna said. “[He made those comments] a long, long time ago. Maybe years ago, and he thought I forgot … If I got a problem with you from five years ago, it don’t change. It could be 10 years later, I’m gon’ get you.”

Gunna also claimed Freddie Gibbs reached out to his manager in an effort to line up a collaboration — after his “snitch” remark. “He tried to do a song with me through my manager,” he said. “And it’s like, ‘Huh? Wait, what?'”