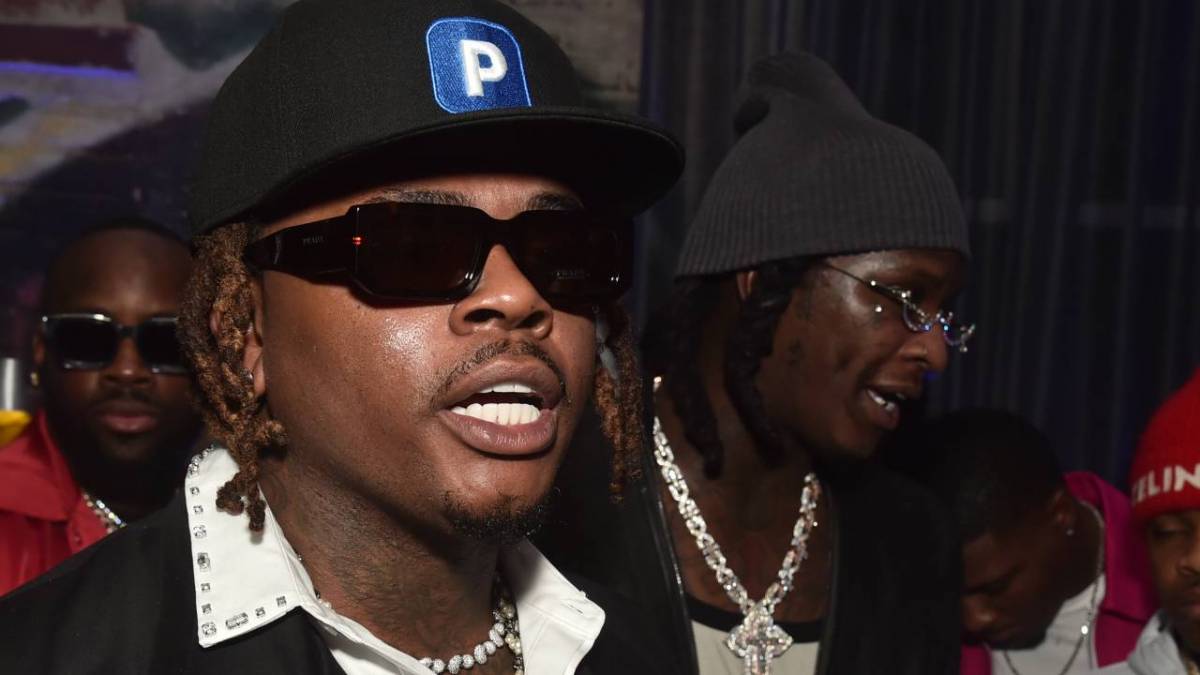 There’s still much debate among the YSL fans of what the exact definition of “pushin P” is but Gunna attempted to give everyone a lavish visual representation of “P” alongside co-stars Young Thug and Future with the Wheezy-produced DS4EVER track’s visual on Wednesday (January 12).

Whether Gunna’s chopping it up with BMF star Lil Meech at a party of wrapping himself in a Louis Vuitton blanket, the YSL rapper repeatedly tells the camera that he’s “pushin P.”

The luxe Caleb Jermale-directed clip then follows Gunna, Future and Thugger taking over a South Beach party, shopping at Miami’s designer store district with eye candy on their hip, and pouring up some lean without a worry in the world.

Prior to the video’s release, Gunna and Young Thug ran into some trouble while flying across the country from California to New York for a show on Wednesday afternoon.

Their pilot made a surprise landing at a random airport in middle America after he allegedly kicked one person off the private plane for not having an ID. He believed their flight attendant was being disrespected, so he landed and refused to fly Thugger, Gunna and their team to NY because he “felt uncomfortable.”

Thug went right to Instagram Live and made sure everyone knew Alex’s name and face by the end of their argument where Thugger accused him of being a racist.

Drake hopped into the IG Live and attempted to save the day, “Hit me let’s book a new plane.” It’s still unclear if Gunna and Thug made it to New York on time with a new plane in time for their show.