Even though he left his hoop dreams behind to pursue his music career, Louisville-bred rapper 2KBABY still competes at a high level on the basketball court.

During his recent exclusive interview with HipHopDX, 2KBABY revealed that he actually believes he has the skilled advantage on the court over his friend, DX 2021 Rising Star DDG, who previously posted a YouTube video showing his win over his “Zack And Cody” collaborator in one of their heated one-on-one battles.

“I know y’all seen the video on YouTube of DDG beating me bruh, but what y’all don’t know is we played probably a week or two prior to that and I  bust his ass in one on one,” 2KBABY began. “And you know what this nigga said, when the game was over, the camera was on the tripod out the whole time he tried to hit me with the, ‘oh it wasn’t recording,’ man that’s cap! And then we played again a week later and he won. And then of course that’s the one he posted bro.”

2KBABY took it a step further and even went into why he feels he is the better player overall. However, in the process of boasting about his real life 2K rating, he did reluctantly admit that DDG is dominant in one particular area that he lacks discipline.

“I got the better layup package,” he began. “I got the better dribble package. I got all that. Only thing I give the DDG is that’s a little swoll. So when he be going to the hole, he’ll drop his shoulder on you and it’s really not much a can do. But if I get in the gym just a little bit, that’s it. He be working out. I don’t work out. If I start working its out over.”

Even though they go head-to-head on the hardwood, 2KBABY says he and DDG leave it all on the floor and remain close friends and often frequent each other’s studio sessions, which has allowed them to cook up a small stash of unreleased vibes.

“But that’s my boy though,” 2KBABY said. “We locked in forever. DDG just sent me a track the other day to my phone. It was like, ‘I forgot we did this in the studio’. It was some hard shit for the club. So we might drop that. But um, you know, we got way more time to just make more vibes.”

Maybe the pair will have the chance to settle their basketball rivalry during the next season of The Crew League basketball tournament, which DDG already played in during the 2020 season alongside rappers such as G Herbo, Lil Durk, Russ and more. 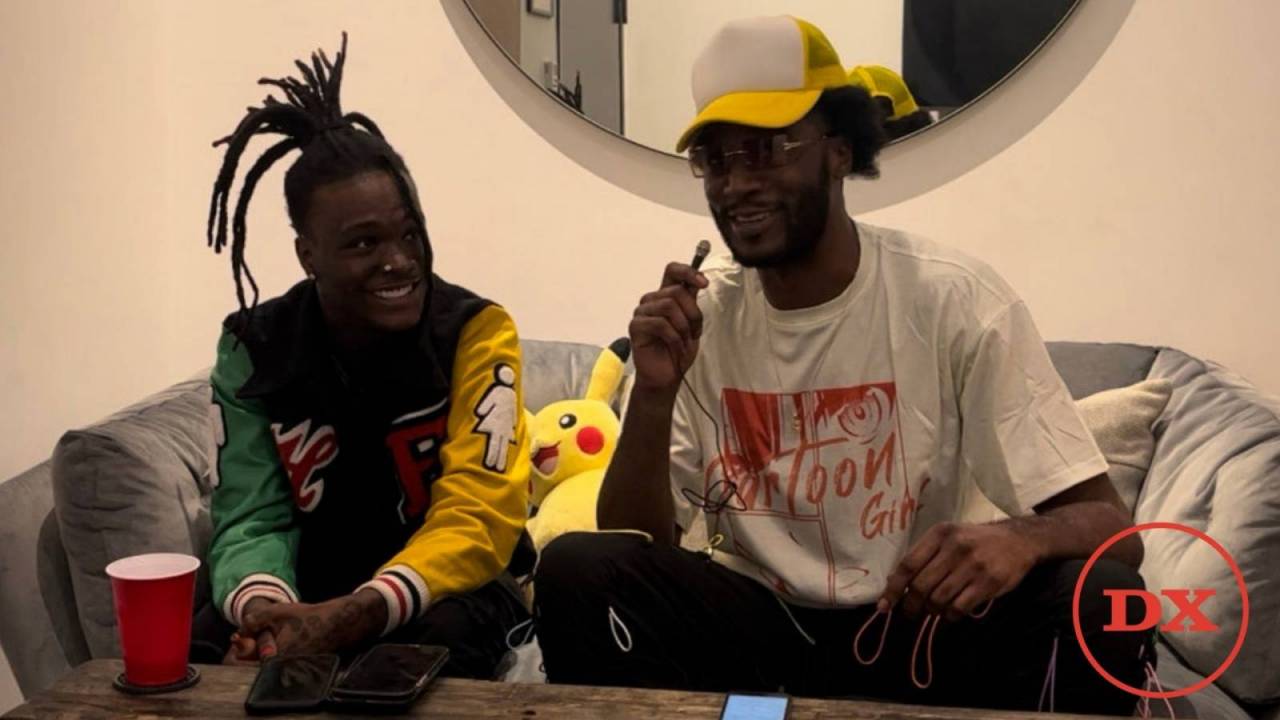 Revisit the stream for 2KBABY’s First Quarter album below.