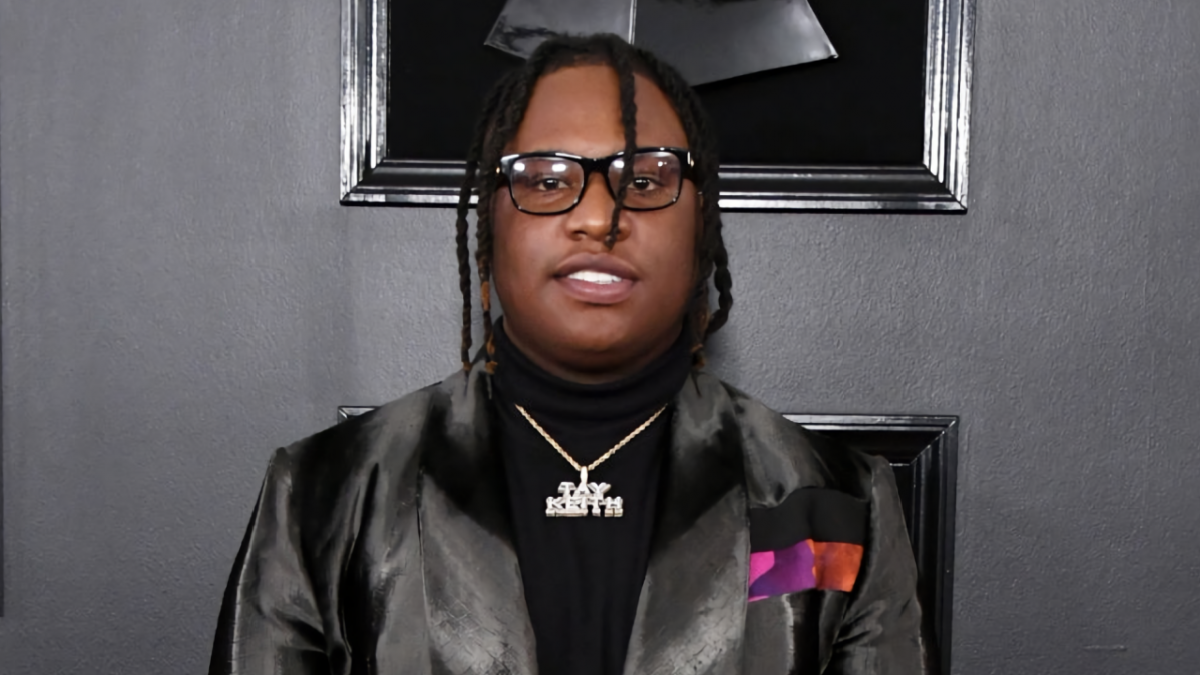 Keith’s dark, speaker-rattling Memphis sound and instantly recognizable producer tag (“Tay Keith, fuck these n-ggas up!”) earned the Tennessee native multiple Grammy nominations, as well as a nod for Producer of the Year at the 2019 BET Hip Hop Awards.

A glance at his recent production credits shows Tay Keith has been relatively quiet in 2021, with only a handful of tracks for the likes of Migos, Pop Smoke and G Herbo — but there’s a good reason for that: he’s been working towards becoming a college professor.

On Thursday (September 30), Tay Keith was officially unveiled as an Honorary Professor at his alma mater, Middle Tennessee State University, where he graduated with degrees in integrated studies and media management in 2018.

The Memphis native took to social media to share photos of him holding his Honorary Professor certificate and settling into MTSU’s new state-of-the-art recording studio, where he’ll be teaching students about the music industry while imparting his multi-platinum production knowledge.

“From the days I was struggling in class failing trying to get candidacy for the college of recording industry to coming back and becoming a honorary professor show you that hard work with passion pay off,” he reflected in an Instagram post.

“S/O my alma mater acknowledging me and my team and letting me come educate and motivate the youngins who in the same shoes i was in just a few years ago. Respect always been some thats earned and it aint given and real ones always win in the end.”

Fellow producers Metro Boomin, Honorable C.N.O.T.E. and Turbo were among those who congratulated Tay Keith in the comments section. “Proud of you bro! Major!!” Turbo wrote while Metro and C.N.O.T.E. dropped flexed bicep and fire emojis.

Through his label Drumatized Records, Tay Keith is starting an internship program with MTSU, offering students the chance to learn about the music industry and understand how royalty splits, publishing and BMI submissions work, among other facets.

According to Complex, he’ll also be taking students on tour to different cities in the spring, giving them the unique opportunity to work with various artists and producers across the country.

Making his achievement all the more impressive is the fact that Tay Keith is only 25 years old. In fact, he’s achieved his goal in half the time he initially set for himself; back in 2019, Keith told Complex, “When I hit 50, I want to go be a professor.”