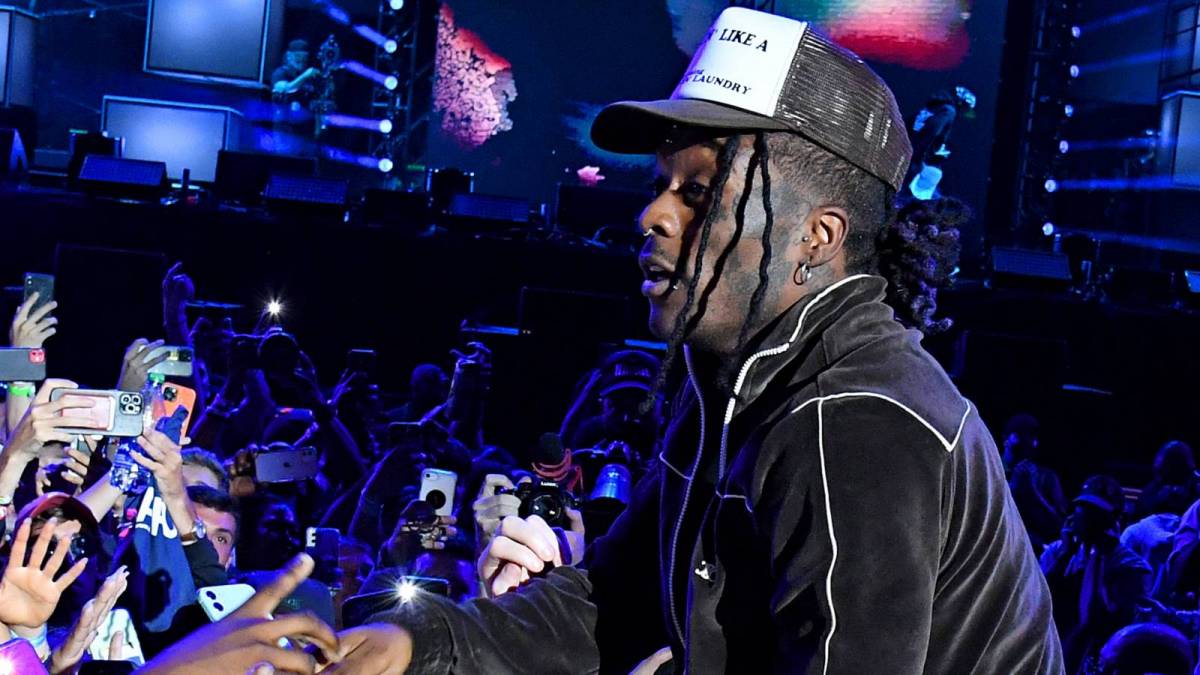 Lil Uzi Vert was among the many performers who took the stage at Rolling Loud Miami in July. But while on the red carpet for JAY-Z’s 40/40 Club anniversary celebration last month, he says he nearly lost the $24 million diamond he had implanted into his forehead.

“I had a show at Rolling Loud and I jumped in the crowd, and they kind of ripped it out,” he told TMZ. ” I still got the diamond so I feel good.”

Lil Uzi Vert first showed off the lavish pink diamond in February during a FaceTime call with music executive Slowbucks who shared a screenshot of it to his Instagram account.

“He really went in did it 24mill on his head,” Slowbucks captioned the post. “What y’all thinking about?”

People couldn’t help but notice the implant wasn’t properly centered and comments such as “is it too late to move it over just half an inch” and “why it crooked” started pouring in on The Shade Room‘s post.

Lil Uzi Vert soon addressed the chatter and explained, “It’s actually in the middle. It’s in the middle. I just got a long bar in it because I just got it pierced. When the swelling go down I’ll get a short bar so it won’t move. Y’all keep talking about it off because I got a long bar in it so it can move ’cause of the swelling. When it go down, it gonna be right though.”

Lil Uzi announced he was getting the diamond implant in a series of tweets in January, noting he’d been on a payment plan with celebrity jeweler Elliot Eliantte since 2017.

While it’s now been replaced by another piece of hardware, at least he still has it.